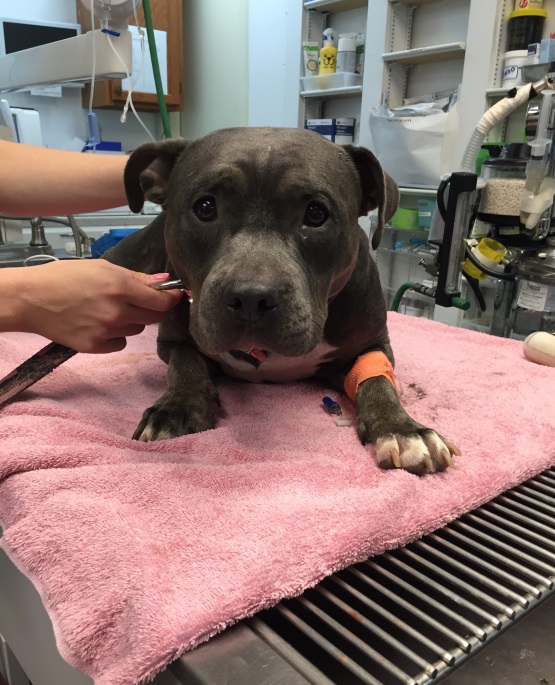 During my four years of working at this organization, I’ve learned that Norfolk SPCA has an identity crisis. Yes, along with the many other challenges we face while saving lives every day, we are grappling with an identity crisis.

What do I mean by that rather odd statement?

I simply mean that people don’t really know exactly who we are. And this lack of awareness is apparent among not only people new to the community and our organization, but also longtime area residents who sometimes have been supporting us for years.

Sure, everyone in the community understands that we are an animal shelter where people can both adopt and surrender animals.

Some folks might know that we function as a no-kill center where no healthy or treatable animals are euthanized for time or space reasons.

And others may know us for our efforts to help the huge number of outdoor cats living on our streets through trap-neuter-return advocacy, education and coaching of novice trappers.

Our clinic is open to everyone!

Open six days a week, we offer low-price spay/neuter to discourage unwanted animals from being born as well as affordable exams, dentistry, other surgical procedures and a walk-in vaccine clinic. All in the name of trying to offer people struggling with their finances an option for medical care. This charitable endeavor allows them to hang on to beloved animal companions whom they might otherwise relinquish.

Here are three stories that will show you our clinic’s incredible lifesaving work that represents a huge portion of the Norfolk SPCA’s community animal care efforts.

Chopper is a young, mischievous Great Dane who became caught on her owner’s chain link fence while attempting to chase after a car. She sustained a large, deep wound to her chest, which left her chest cavity open.

Her owner was referred to the Norfolk SPCA by a local emergency practice because her owner could not afford emergency care for her. Chopper was in distress and her gaping wound was already becoming infected when she arrived at our clinic.

Her wound was repaired by the Norfolk SPCA veterinary team for a fraction of the cost that the emergency clinic was asking. Thank goodness we were there to help this dog who was in so much pain!

Princess is a German Shepherd mix who was shot in the shoulder while roaming in rural North Carolina. Princess’s owner was turned away from other clinics due to his inability to pay.

Her owner came to the Norfolk SPCA distraught as he sought care for his injured companion. The Norfolk SPCA’s veterinary team was able to not only remove the bullet lodged in Princess’s body and care for her wound, but also spay her.

In addition, we educate her owner about the importance of keeping Princess safe by not allowing her to roam free outside during the day.

Diamond is a sweet pitbull whose owners rescued her from a very bad situation.

They didn’t know it at the time, but Diamond was pregnant when they took her in. When she went into labor at their home, she delivered two live puppies. Several hours later, there were two more who were stillborn.

Her owners became concerned when Diamond continued to act as if she were in labor, but did not deliver any more puppies. They rushed her to an emergency veterinarian overnight, where it was discovered that Diamond had more puppies who were lodged in the birth canal. But her owners could not afford the surgery to remove the puppies at the emergency clinic.

The next morning, the Norfolk SPCA’s public veterinary clinic worked with the owner to get Diamond in for an emergency C-section and spay surgery.

Sadly, the puppies who remained inside Diamond’s body did not survive, but thanks to the quick work and caring team at the Norfolk SPCA, Diamond received the lifesaving care that she and her surviving puppies needed.

Without question, these animals would have suffered enormously even more than she already did or had to have been euthanized if it were not for our clinic’s ability to help pet owners who could not afford all the medical assistance that their friends need.

If more people knew about and supported our public clinic, we could help even more animals. Sadly, there is no end in sight for the number of owned pets in our community who suffer and require expensive and emergency veterinary care.