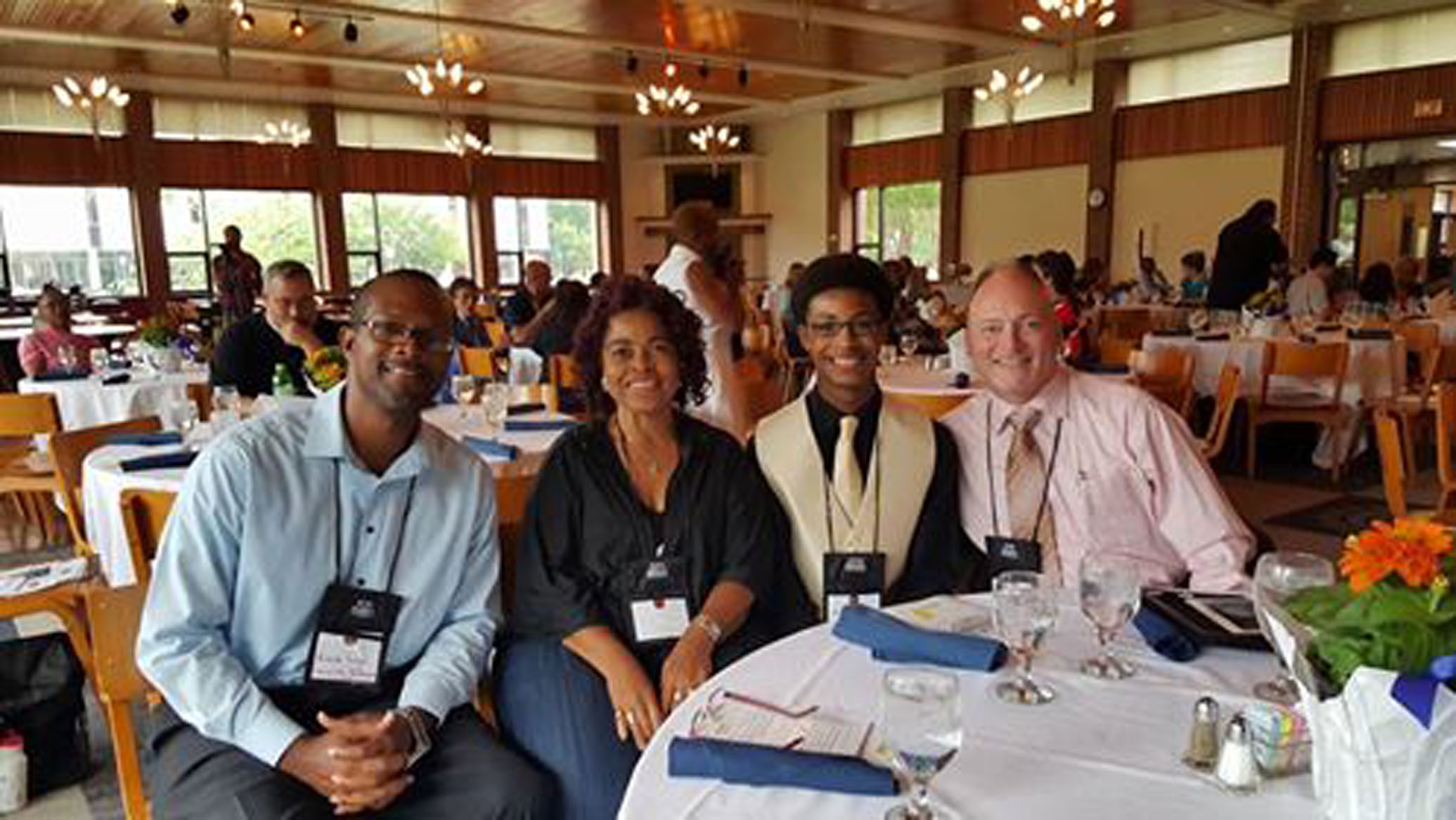 A male dressed in a suit, white dress shirt, and necktie or a young lady in business attire projects the image of a respected, confident professional. But many poor urban youth especially are not reared in domestic environments where access to such clothing or the values which call for them are practiced. Still there are organizations and individuals who are willing to help them secure these items, wear them and project the personal and professionals skills they represent.

On July 9, from 8:30 a.m. to 1 p.m. at the Way of Truth COGIC at 2322 Maltby Ave. in the Barraud Park section of Norfolk, a cadre of professionals will lend their expertise to teach male and female youths not only about how to dress for success, but why they should. The goal is to enhance their ability to navigate life in general, school and eventually, the job market to be productive individuals.

The 3rd Annual “Tied to a Brighter Future” workshop for young ladies and men from 12 to 18 years old will be held to school the youth in proper social etiquette, grooming, how to tie a tie/bow tie for young men and health and hygiene for the young ladies. Also instruction on how to complete a job application, develop a resume, complete applications or financial aid and college enrollments will be provided along with the importance of volunteering in the community which will be shared by the Norfolk Emerging Leaders, a youth program sponsored by the City of Norfolk.

The event is being organized by the Youth Board of the Lindenwood- Cottage Heights-Barraud Park Civic League. Keith McEachin, the Civic League President, said that participation is not restricted to the children which live within the confines of the civic league neighborhood but city wide. “A lot of our youth are not in environments where they are trained to speak, wear a suit to an event or exhibit the social confidence they need to do well on job interviews or formal social events,” said McEachin. “This is why we are starting at the middle school level to help them develop these skills as they go through high school and on to college. So when they graduate from high schools, they will want to succeed in work environment, college or in their personal lives.”

McEachin said the interaction the youth will have with professionals from the public and private sector will provide an opportunity for encounter professional role models, and potential mentors. The signature component of the workshop will be the professionals teaching the youth to tie ties, bow ties and proper etiquette. Many male youths lack the skill and McEachin said a good portion of the event will be related to that task.

During the event last year at Booker T. Washington High School, one of the first participants and youth who helped organize the workshop was Marcus Lee Johnson. Johnson will be a senior at Granby High School next year and he is the current President of the Civic Leagues’ Youth Board. Johnson said the workshop will involve not only teaching male youth how to tie a necktie and young ladies on proper etiquette, but also will advise on how young men should “treat and interact with young ladies or just opening doors for them and other proper social behavior for young men and adults.”

Johnson, who lives in the Barraud Park with his parents, said that he was a reluctant participate at the civil league meeting, until he was strongly urged to do so and he has not missed many of them since. “Working with the civic league has helped me get involved in activities…to be part of something bigger than what I am used to and give back to my community,” he said. “I also want to show my family and people who can do anything we want to do and feel better about our community.

He said that participating in the Tied to a brighter Future” has helped him look at himself and his community differently as well. ‘I remember when I first attended the event and put on that suit … I felt transformed,” said Johnson. “When you put on that suit it symbolizes where you come from to where you are now and where you want to go in life. When people see me in that suit I am no different from anyone else, I am still the same. But I feel like I can achieve more than people who do not know what they want to do after elementary school or high school with their lives.”

Johnson’s effort were recognized recently when he received the Youth Participation Award at the Neighbors Building Neighborhoods Conference and Awards Ceremony at Virginia Wesleyan.
During the June 14 Lindenwood-Cottage Heights-Barraud Park Civic League meeting, McEachin allowed Johnson to run the entire meeting instead of just handing out brochures and leading the opening devotions.

Rarely seen at civic meetings dominated by the elders, McEachin said he has made a deliberate effort to attract and inspire youth to get involved in their communities in leadership and organization roles. “Once I started attending and seeing what was going on and what they were doing for the community, I got involved.” said Johnson, who plans to attend college and major in Theater Arts. “It gives me a chance to get some experience and responsibility. As Youth Board president, I would report back to the my peers about what was going on to keep them interested in what was going on in our community.” McEachin said that he is looking to expand the program in the coming years and is seeking volunteers and donations, especially neckties and other formal clothing to provide to the youth participants.