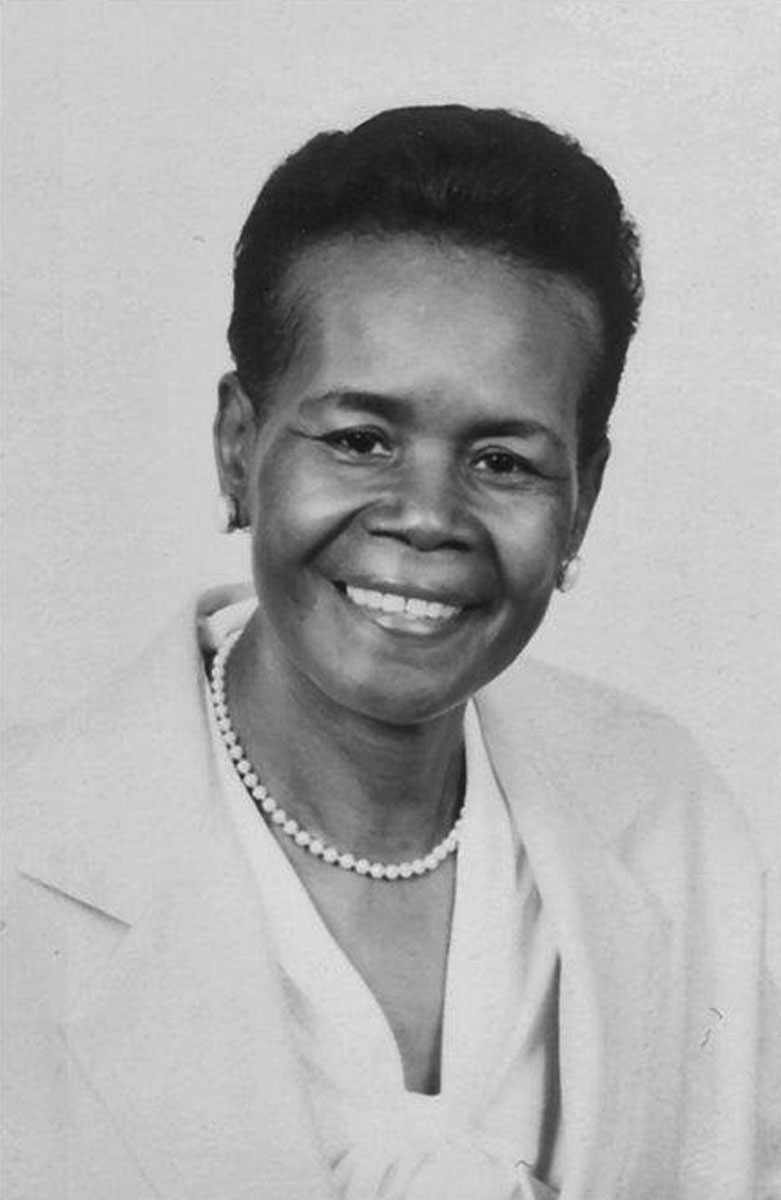 History remembers Willa Bazemore because she tended to leave situations better off than she found them. She held many historic posts. But she succeeded at every turn because she had a habit of applying elbow grease, intelligence, and kindness to every situation. The first person of color to serve on the Chesapeake City School Board. She served on the Chesapeake City Council from 1980 to 1992, including six years as vice mayor . In her personal life, elbow grease, intelligence, and kindness also surfaced. For example, she labored as a field hand during her childhood in hometown, Scotland Neck, N.C. While she did not enroll in public school until she was 10, she finished high school, and enrolled in Norfolk State University. She supported herself by working as a laundress and drugstore sales clerk.

In a sense, a trademark quote by President Barack Obama sums up her perspective. “Change will not come if we wait for some other person or some other time,” Obama said. “We are the ones we’ve been waiting for. We are the change that we seek.” Although Bazemore passed away in 2002 at age 78, six years before Obama was elected to office. She was not the type to wait for someone else to launch change. Bazemore was a trail blazer. She was born to the late Benjamin and Beatrice Spruill in Scotland Neck, N.C. on May 11, 1924, which was the same year IBM was founded, and the year Macy’s held its first Thanksgiving Day Parade.

In 1947, she graduated from Norfolk State with a two-year degree. She married Merritt M. Bazemore Sr. of Windsor, N.C. Their union produced three daughters and one son.
As a wife and mother, she went on to earn a bachelor’s and a master’s degree from Hampton University over a 15-year span. For two decades she worked as a teacher and guidance counselor for Norfolk Public Schools. After she earned a doctorate in Education from the University of Virginia in 1975, she joined the faculty of Old Dominion University as associate professor of education.

Or this is how Mother Teresa put it. “Not all of us can do great things. But we can do small things with great love.”
Perhaps Bazemore needed to do small things with great love since sweeping changes were occurring in Chesapeake in 1980, the year she joined Chesapeake City Council. And change continued a full court press during her first decade in office. In fact, change ran unchecked to the point that The Washington Post characterized Chesapeake as an “emerging suburb,” on July 30, 1989. “Chesapeake had “61,415 registered voters, compared with fewer than 38,000 a decade ago.” That same year, 1989, Lt. Gov. L. Douglas Wilder was running for governor against Republican J. Marshall Coleman. And Chesapeake voters were in a pivotal position.

The point is Bazemore was nearly a decade into her tenure on Chesapeake City Council when a tide of newcomers changed Chesapeake into the fourth fastest-growing city and 12th fastest-growing jurisdiction in the state. Blacks, at the time, held three of the nine seats on the City Council and two seats on the nine-member school board, according to The Washington Post.
In 1988 Bazemore spoke at Norfolk’s Garden of Prayer Temple Church during presidential candidate Jesse Jackson’s visit. At the time, Jackson was in a virtual dead heat with two Democrat presidential candidates: Walter Mondale, the former vice president, and Senator Gary Hart of Colorado, a distant third.

At the Garden of Prayer Temple, Jackson finished his speech. He handed the microphone to the pastor, Bishop L. E. Willis. ‘’It was difficult to organize, because much of the established Black leadership was reluctant to commit to Reverend Jackson,’’ the Bishop told the audience, according to The New York Times on March 26, 1984. ‘’Basically, they wanted to remain uncommitted.’’ But the next speaker, Bazemore, was not even remotely uncommitted. Bazemore, Chesapeake’s vice mayor at the time, stood at the microphone in the Garden of Prayer Temple. She flashed a warm smile at the audience and said, “This was one of the happiest days of life. I’ve never seen a time when there was so much exhilaration and so much hope to see a dream come true.”

“We still have a long way to go,” Bazemore added. “But we are on our way, because, although you might have wanted to go to the supermarket or something else yesterday, you made your No. 1 priority Jesse.” Jackson went on to win all 163 delegates in Norfolk, 84 in Portsmouth and 77 in Chesapeake, according to The New York Times. Bazemore continued to advocate for others. For example, she chastised the local fire chief for maintaining a bullying racial climate in 1992. She said it damaged morale, in news reports. Specifically, a white firefighter was placing a pillowcase over his head and pretending to be a Ku Klux Klan member. Black firefighter Huther Artis, the next year, filed a complaint with the Equal Employment Opportunity Commission, according to news reports. Soon, the fire chief appointed a fact-finding committee to investigate and suspended the employee involved.

Toward the end of her life, her steps slowed. She suffered from a muscle-wasting disease, according to news reports. After Bazemore passed at age 78 in 2002, many offered accolades to the woman who had risen from a humble North Carolina farm, to become a strong political force in Hampton Roads. The next year the Virginia Senate honored her. “Widely known and respected for her keen intelligence and her inspirational leadership, Willa Bazemore was an outspoken and effective advocate not only for the African-American community, but also for the Chesapeake community as a whole,” the Jan. 8, 2003 Senate Joint Resolution noted.