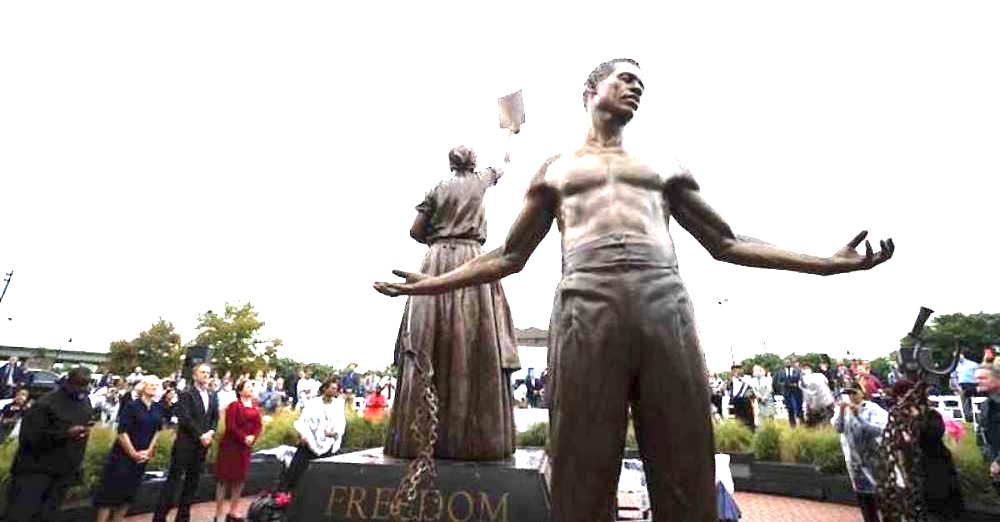 RICHMOND
A new monument depicting the contributions of African-Americans was dedicated recently on Brown Island near the city’s downtown.

The Emancipation and Freedom Monument honors the contributions of African-Americans in Virginia who fought for freedom both before and after Emancipation.

The woman is cradling a child and holding a piece of paper with the date Jan. 1,1863 — the date that President Abraham Lincoln issued the Emancipation Proclamation. The monument depicts the man, with whipping scars visible on his back, breaking free from a set of shackles.

Names, images, and biographies of ten Virginians whose lives represent the struggle for freedom, both before and after Emancipation, are displayed on the monument. The names were selected by the Virginia Dr. Martin Luther King Jr. Commission out of more than 100 nominations.

Work on the statues was started in 2012 by the Dr. Martin Luther King, Jr. Memorial Commission of the Virginia General Assembly marking 150 years since the proclamation.

State Sen. Jennifer McClellan, D-Richmond, chaired the commission. She called the statue her labor of love and said the monument painted a more complete and honest history of Virginia.