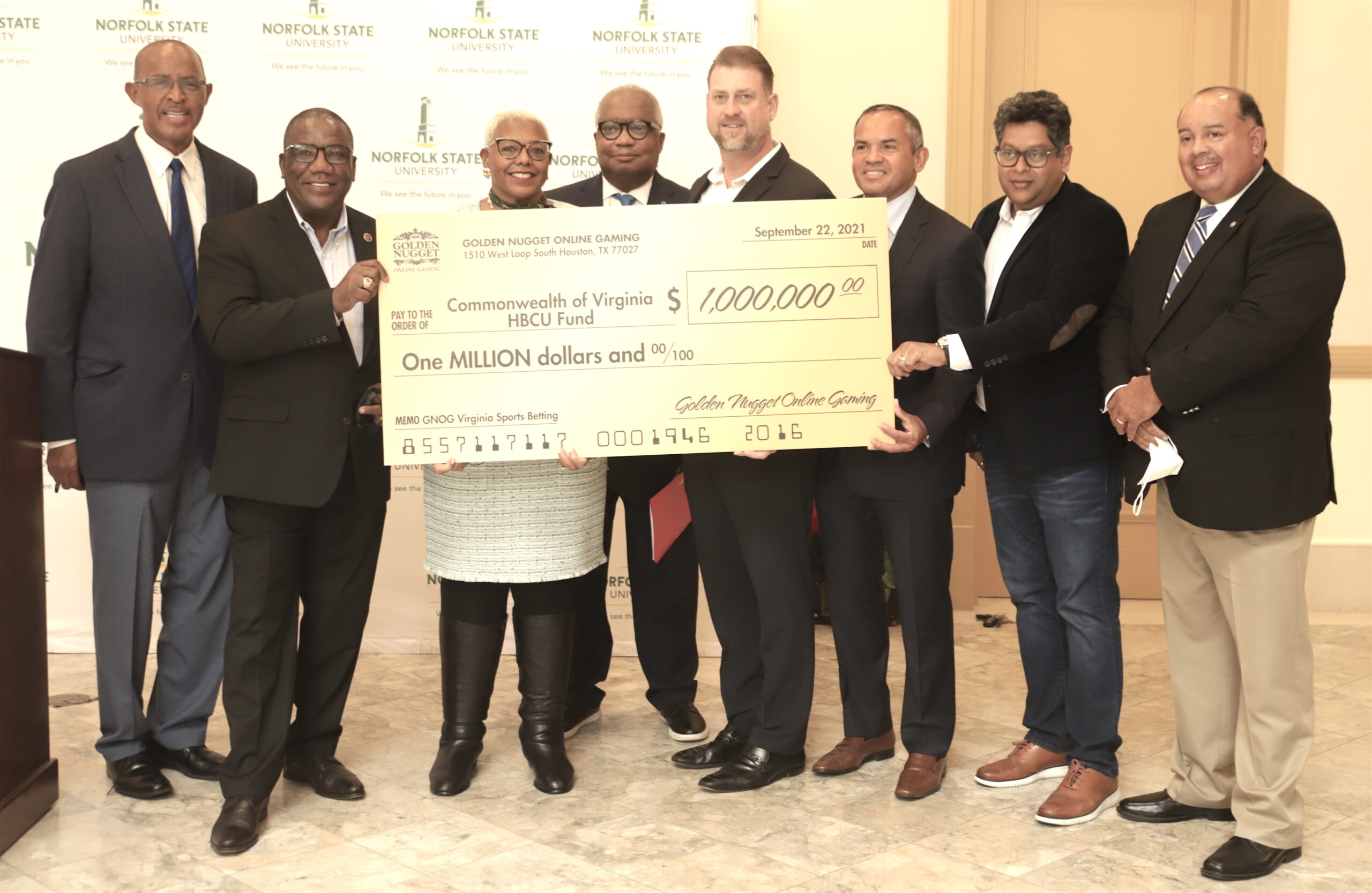 The event coincides with the pending launch of GNOG’s online sports wagering in Virginia. In addition to the donation and in conjunction with the ongoing operation of online wagering within Virginia, the company has committed to sharing four percent of net gaming revenue with the HBCUs, including an annual minimum shared donation of no less than $500,000.

Norfolk State University President Dr. Javaune Adams-Gaston called the initial contribution to the Virginia HBCU community “a welcome boost to our collective effort to continue providing world class education to the citizens of the Commonwealth.”

“Digital gaming is the next plateau of the emerging virtual sports wave that has developed over the past few years. NSU is uniquely positioned to support this emerging area by training cyber-security, cyber-psychology, and computer engineering graduates.”

She said the annual Golden Nugget’s contributions will be used in part to provide scholarship support for NSU students.

Bill Thomas, Associate Vice President, Hampton University, welcomed the Golden Nugget’s support for the Virginia HBCUs, calling it “the right thing to do.”

“As an individual corporation, Golden Nugget on their own has pledged and delivered $1 million because it is the right thing to do. For HBCUs to co-exist in a competitive global environment, we need infrastructure that supports the kind of new age economics that exists with technology advances that have been denied to us. Golden Nugget has primed a pump and I encourage the state government to live up to its responsibilities of funding HBCUs. This will actually make the type if infrastructure that former Governor L. Douglas Wilder asked the Commonwealth of Virginia to make.”

Kevin Vonasek, VP Corporate Development, Golden Nugget Online Gaming, said, “Golden Nugget strongly believes that investment in education of all those who seek it is a key contributing factor toward individuals and families generating lifelong financial stability, increased opportunities for upward mobility, and the creation of more diverse and sustainable communities.”