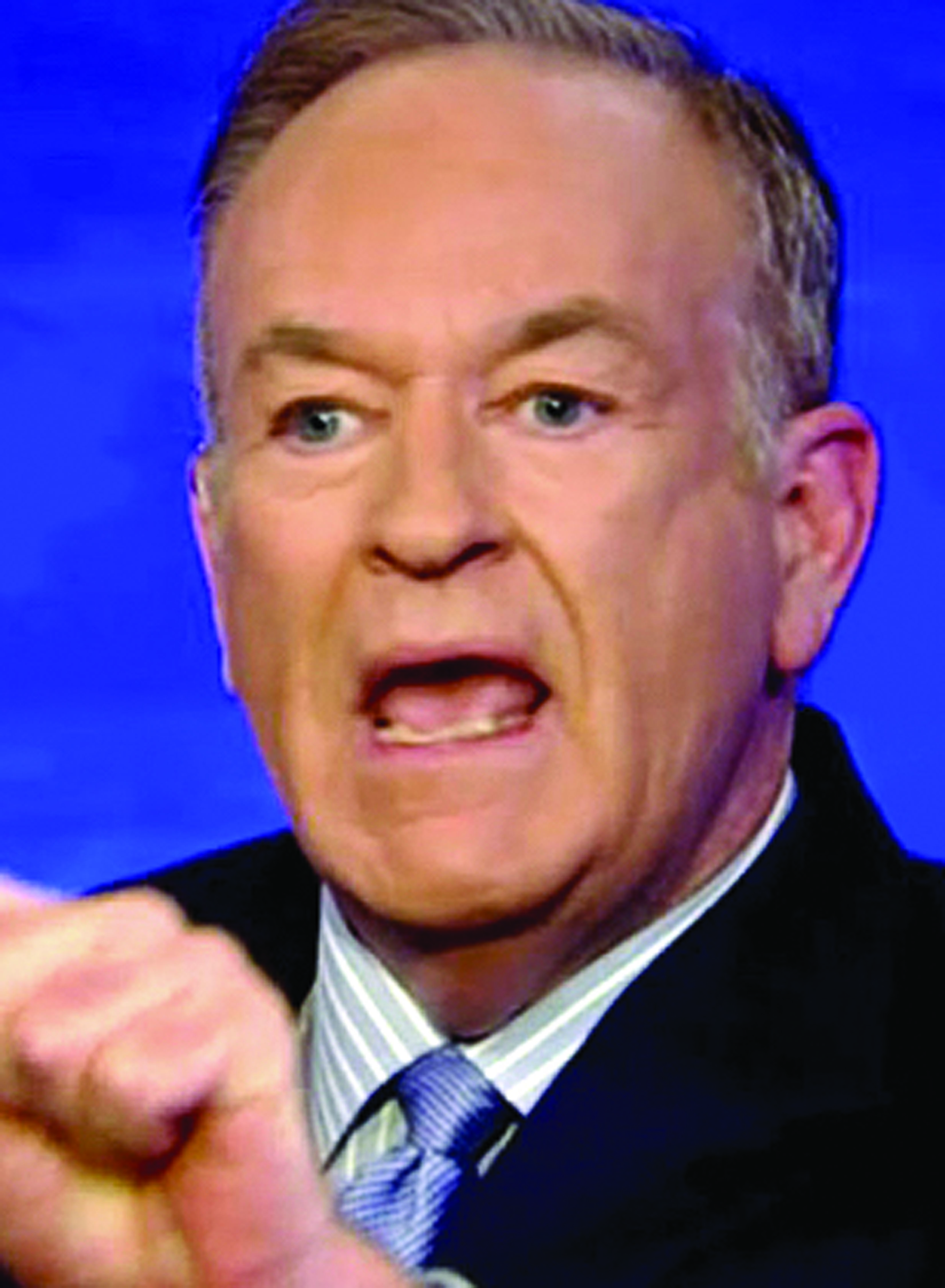 Meanwhile, two African-American women filed a lawsuit against Fox News the same day, on March 28. Tichaona Brown, a payroll manager and Tabrese Wright, a payroll coordinator sued Fox News and 21st Century Fox in a Bronx court, according to news reports. The lawsuit said that they and “other dark-skinned employees suffered years-long racial animus” from Judith Slater, a former senior vice president and company comptroller, according to USA TODAY. The women claim Slater’s racist behavior created a hostile work environment that resulted in “severe and pervasive discrimination and harassment.”

This means each woman dropped what she was doing and became a movement on the same day.

“Be a movement,” is how Carlos Clanton, the president of the National Urban League Young Professionals, put it in a recent blog. “As we have entered a new year and a new Presidential administration, many Young Professionals of color are left to answer the question: what now?”

“I would remind folks that we have been here before,” said Clanton, also Executive Director of the Norfolk Education Foundation, a non-profit that drives community investments back into public schools.

“We have always been a people who are resilient, and we will survive,” Clanton said. “Survival in this era will entail applying lessons demonstrated by Dr. Martin Luther King, Jr. and Whitney M. Young. These leaders achieved great accomplishments because they worked together; they found strength in each other.”

Clanton continued in his blog, “There is opportunity for change in our local communities, every day, every year … When you come to the table, you help make the Movement … There is plenty of work to do and everyone can contribute.”

In other words, this is exactly what several women of color, in different cities, did on the same day that Congresswoman Maxine Waters and journalist April Ryan came face-to-face with a mean, angry white man and became a movement.

Meanwhile, two employees of color at Fox News also became a movement after they endured years of mean hateful behavior. For example, according to court documents, Brown said she would stop by Slater’s office to say goodbye at the end of the day. Slater would respond by raising her hands up in the air like demonstrators in the “Hands Up, Don’t Shoot” movement. Slater also asked Brown and Wright to teach her how to “beat box.” Black employees’ speech was mocked.

But here’s how the movement played out after O’Reilly insulted Waters. An avalanche of critical tweets took aim at O’Reilly including one from Joy Reid of MSNBC who said, “I seem to recall Don Imus being fired for (a) similar commentary.” CNN commentator Angela Tye tweeted to O’Reilly, “Go straight to hell.”

Activist Brittany Packnett encouraged people to tweet under #BlackWomenAtWork. And former DNC chair Donna Brazile tweeted, “#BlackWomenAtWork face the double bind of gender and race.” Actress Zendaya tweeted, “This is so disrespectful.” Film producer Jordan Horowitz, who is best known for producing the film, La La Land, tweeted, “Bill O’Reilly is racist and should be removed from your airwaves.”

Scott Goodson, author of the 2012 book, Uprising: How to Build a Brand – and Change the World – By Sparking Cultural Movements, said a movement is powerful because it can start with “just a small group of people.” A movement can change cultures and the world.

Describing a movement’s impact, Goodson wrote in “How To Spark a Movement” in Fortune magazine “Movements – the kind that gather around positive, creative, dynamic ideas can help build a better, fairer, more sustainable more interesting world.”

In a sense, this is what happened after Congresswoman Waters and April Ryan simply became a movement. O’Reilly and Spicer have apologized. O’Reilly said in The Washington Post, that his statement was simply a “dumb” comment.” Spicer apologized and called Ryan a “tough woman” in an interview on Hugh Hewitt’s radio show.

More importantly, CNN recently announced that it had hired April Ryan as a political analyst. And according to The Wrap, “Many people, including Hillary Clinton came to Ryan’s defense, and Spicer went out of his way to be polite to Ryan at the next briefing.” But celebrities are not the only ones who are “becoming a movement” these days.

For example, Wells Fargo and Co. donated a dilapidated home in the Lakeside area in Suffolk to the Virginia Housing and Community Development Corp.

But zero in on how Taylor actually became a movement: First, he contacted several banks and asked them to donate property. Second, he and the members of a savings clubs that he launched are paying to have the home renovated. Third, the renovated home will be purchased by a student who attended the first-time homebuyer’s class, which VHCDC launched several years ago.

“We started in January and are almost finished,” Taylor said of the home that is located in Suffolk at 527 Virginia Ave. Two skilled and one unskilled laborer are renovating the home that VHCDC acquired from Wells Fargo in August.

Taylor said, “We started by just reaching out to several banks including Wells Fargo, Chase, Bank of America, and BB&T. I wrote to them and asked if we could be community partners. Lo’ and behold we received an email from Wells Fargo. They said they had property they wanted us to consider. The property was essentially a write-off for them. There was no way they could sell it. It was a major gut.”

In an effort to create a pipeline for first-time homebuyers, Taylor and others, well, became a movement.

“Our objective is to offer this renovated house to those who are enrolled in our first time homebuyers’ class. We are using this property as a see- what- we-can-do-project. “But the opportunity to become a movement has been there all along, Taylor said. “The opportunity to gather around a positive, creative, dynamic idea and help build a better, fairer, more sustainable more interesting world, as Goodson put it in his book. ”That opportunity has been there all along,” Taylor said.

“We are doing what we have been saying for years, ‘Do! Do! Do!’ The problem is too many people want to talk.”

“My goals are always economic,” Taylor added. “I went out and spoke with a lot of local small business owners in late 2015 to build a partnership that would acquire property in rundown neighborhoods, rehab them and restore these neighborhoods. We want local people to invest in local communities because it puts people to work. It restores neighborhoods and it gives small minority-owned businesses an opportunity for work. So it is a win-win for everybody concerned. It is particularly a win for those who invested in this project because they will reap the financial rewards. They are the ones who put up the money to do this.”

The point is you do not have to sort through famous names on social media to see how someone can become an instant, overnight movement. Another example is Claude Burton who launched Uplift Enterprises, a foundation which operates a non-profit called Our Youth/Our Future about seven years ago. Both serve at-risk youngsters in Newport News and Hampton.

The math tells the story. About 200 people attended this year’s Teens Got Talent contest. It was held on March 19 at Kecoughtan High School in Hampton and about two dozen teens performed. The math helps to tell the story because only about 75 people came to the first annual Teens Got Talent contest at Thomas Nelson Community College seven years ago, and less than 10 teens performed.

“I launched Uplift Enterprises because not everybody wants to play sports,” said Burton, who has been a school counselor for about three decades. Burton is also a basketball coach and works with youth in his fraternity, Omega Psi Phi.

“Instead of playing sports, some students want to sing, play the piano, write poetry, play the violin, and dance,” Burton said. “And at this year’s Teens Got Talent contest, we had 18 performers who did all of that. They ranged in age from about 12 to 18. It was great.”

Burton has seen his movement’s impact with his own two eyes, in other words. “Some of the kids have already finished high school and graduated from college,” he said. “A lot of our former students have also returned and performed. I have former students who are now enrolled at Norfolk State, Morehouse, and Virginia State University. I have students who have finished college. They all want to give back.”

Burton added, “I know being a movement works because I see positive outcomes in the youth I’ve worked with. Over the years, I have seen them get jobs, start different careers, or go to college. I’ve seen them all come back and give back. One of my students was on “America’s Got Talent.”