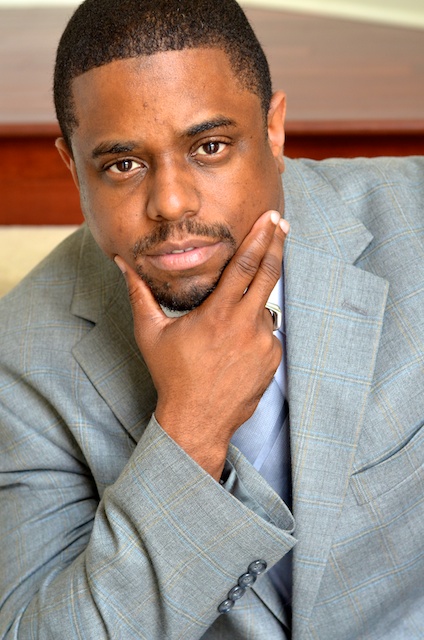 The South’s Got Something to Say!
(The Emergence of Atlanta/Georgia as Epicenter of Hip-hop Culture & Progressive Grassroots Strategy)

By Dr. Kelton Edmonds
Special to the New Journal and Guide

Whereas the eyes of the country were affixed on Georgia from November 4, 2020 – January 6, 2021, the ears of the country have been tuned into the music emerging out of Georgia (specifically Atlanta) over the past decade.
As a native Virginian attending North Carolina A&T in 1995, one of my favorite moments in Hip-hop occurred when, Atlanta native, Andre Benjamin from Outkast accepted his award at that year’s Source Music Awards and proclaimed, “…the South got something to say!”
His prophetic declaration encapsulated an emerging rebellion in response to New York’s and California’s monopoly on almost every component of Hip-hop distribution, including the locations of the major record labels, radio programming, and other perceived modes of freezing southern rappers and other regions out of getting their music heard on a nationwide level. Southern rappers like Master P combatted the alienation and perceived disrespect through independent ingenuity (car trunk sales, etc…), sonic creativity, noteworthy collaborations, and relentless output. Eventually, southern artists became ‘heard’ across the country and ascended mightily throughout Hip-hop culture, with Atlanta, in particular, currently sitting atop the apex of this major paradigm shift. Contextually, Atlanta’s musical prowess continues to skyrocket in global relevance, amid the southern metropolis’ designation as a city already noted for its black cultural attributes like its rich civil rights history, extraordinary HBCUs, preponderance of mega churches, flurry of reality shows, and designation as a premiere relocation haven for a wide-assortment of Black folk.

Pioneers like Outkast, GOODIE Mob, TLC, Jermaine Dupri, Lil John, Young Bloodz, Ludacris and contemporary platinum artists such as T.I., Killer Mike, Waka Flocka, Migos, 2 Chainz, Young Thug, Gunna, Lil Yachty, YFN Lucci, Future, and the 2020 Apple Music Awards ‘Artist of the Year’, Lil Baby, in addition to legendary black-owned record labels like LaFace and SoSo Def, and more recently the reign of Quality Control Music have all combined to solidify Atlanta with the crown as the “New Motown” for well over a decade.
Further solidifying Atlanta’s ascent are two distinct creative movements, originated by indigenous artists. The heavily syncopated bass and myriad of unique sounds infused in ‘crunk music’ ushered in Atlanta’s first reign of music that specifically dominated dance floors across the nation in the early 2000s, while the plethora of clever neighborhood slang, compelling hood-tales and drill beats imbued in ‘trap music’ helped escalate Atlanta’s current reign atop the peak of Hip-hop and pop culture.
Further highlighting Atlanta’s position as the center of the musical universe, was the recent reconciliation between 2 Atlanta rap giants, as Young Jeezy and Gucci Mane participated in one of Instagram’s most-viewed Verzuz performances on November 19, 2020. Unquestionably, Atlanta continues to provide the dominant soundtrack that keeps the world dancing. With their soaring popularity and the world watching, many of the aforementioned artists also leveraged their celebrity and platforms to electrify voter participation in the recent November and January elections.

Indeed, political organizers in Atlanta and throughout Georgia effectively harnessed the support of native musical artists, to help galvanize one of the largest surges of voter participation in modern history.
Until the mob siege of the Capitol building by Trump supporters on January 6, 2021, the nation’s political attention was locked into Georgia from November 4th – January 6th. Millions of Americans focused on the two run-off senatorial elections in the ‘Peach State’ that would determine the federal balance of power, moreover resulting in the Democrats win of the Executive branch and holding a majority in both chambers of the Legislative branch of the US government.
Two months after President Joe Biden became the first Democrat to win Georgia in nearly 30 years, African American, Rev. Rafael Warnock, and 33-year old Jewish American, Jon Ossof followed-up with historic Senate victories in the traditionally Republican bastion of Georgia by January 6th. This monumental victory was not allowed a full 24-hour celebration of headlines, due to the insurrection at the Capitol that would ultimately lead to the death of five people. As the country continues to sift through the madness that occurred at the Capitol building however, let us not forget about the voter registration ‘blueprint’ that Georgia organizers provided the nation.
Georgia was flipped from a long time red-state to a blue-state largely due to the masterful grassroots political organizers and groups throughout the state such as ‘Georgia Stand-Up’, led by Deborah Scott, the ‘Georgia Coalition for the People’s Agenda’, led by Helen Butler, ‘ProGeorgia’, led by Tamieka Atkins, ‘Fair Count’, led by Rebecca DeHart, the ‘New Georgia Project’, led by Nse Ufot, ‘Fair Fight’, led by Stacy Abrams and thousands of other activists and volunteer groups.
These noteworthy efforts however, did not begin with the 2020 election. Effective mass-grassroots voter registration groundwork began in the previous decade and surged in Georgia going into the 2018 gubernatorial election that featured African American Democratic candidate, Stacy Abrams, versus Republican candidate, Brian Kemp. The wide-scale voter suppression of the 2018 election, that mainly targeted African Americans, helped lead to Abrams’ narrow defeat, yet it conversely accelerated grassroots voter registration campaigns to unprecedented levels thereafter, leading to the November 2020 and January 2021 victories for the Democratic candidates.
After witnessing the mass-purging of tens of thousands of voters over minor discrepancies in the 2018 Georgia elections, all of the aforementioned groups masterfully mobilized a tsunami of disenfranchised and new voters going into 2020, while also being cognizant to keep the national spotlight on the Georgia political process.
Some of their noteworthy combined efforts included; assigning representatives to stay abreast of any polling location changes while also successfully advocating for early voting, effectively pushing for more drop-box locations near Black and Brown communities, explaining to voters how to correctly complete mail-in ballots, deploying volunteers to stand in front of previous sites to redirect voters to updated sites when polling locations changed.
Furthermore, they utilized social media and mass text-message campaigns to keep voters updated and to combat any suppressive maneuvering. To punctuate their efforts in eliminating all modes of voters being unfairly removed from voter rolls like in 2018, they engaged in an all-encompassing door-knocking registration and information campaign.
Amid the spotlight shining brightly on Georgia for the past several years, Stacy Abrams, has offered a true profile in leadership. After losing the Georgia governor’s race to Brian Kemp in 2018, under a cloud of voter suppression, Abrams did not expend her post-election days overly lamenting the questionable outcome.
Instead, she seized upon the surge in voter turnout of the 2018 GA election, built coalitions with other grass-roots organizations, amassed wide-scale contributions, and helped cultivate that momentum for Democratic candidates going into 2020. Abrams, grassroots leaders and over 15,000 volunteers elevated an impressive turnout in 2018 into a game-changing exceptional turnout in November 2020 and January 2021.

The Confluence of Grassroots Organizing and Hip-hop’s Influence

Understanding the challenges of flipping Georgia to a blue state, key political figures like Abrams and Democratic mayor of Atlanta, Keisha Lance Bottoms, were able to utilize a powerful and indispensable weapon that was supremely effective in reaching young voters, Hip-hop artists. Seeing how rappers embraced President Obama 12 years ago, with landmark anthems like Young Jeezy’s “My President is Black,” they actively sought to revitalized a winning formula that previously paid major political dividends.
They asked homegrown Hip-hop artists, many of whom were international stars, to help incite voter registration for 2020 and 2021. These artists answered the call beyond expectation by using their enormous platforms and fame to assist in the unprecedented turn-out, exceeding the participation of the Obama years.
For over a decade, Hip-hop icons T.I. and Killer Mike have consistently raised their voices about social and political issues, including this past summer when Mayor Lance Bottoms called on both artists to help her address social unrest, thereby praising peaceful protests, yet admonishing looting and agent provocateurs.
Additionally, T.I. has been an outspoken critic of President Trump’s racialized comments, while Killer Mike, who was one of the most impactful advocates for Bernie Sanders in 2016 and 2020, hosted town hall-style discussions with the GA run-off candidates. Whereas T.I. and Killer Mike have been addressing political issues for years, many of the other artists rarely covered politics in their music, yet they found it imperative to lend their voices and efforts toward this recent election cycle, playing a pivotal role in electrifying voter participation.
Accordingly, 2 Chainz spoke at Biden-Harris voter rallies and Lil Baby followed up on his George Floyd-inspired song, “The Bigger Picture,” with appearances at social justice and voter registration rallies, including a noteworthy Juneteenth performance at Murphy Park Fairgrounds in Atlanta. Members of Migos, in addition to other artists, were seen donating meals to poll workers and/or cooking for voters.
Further illuminating the importance of this convergence of Hip-hop and political activism, Stacy Abrams made a noteworthy appearance on the major music platform Verzuz via Instagram, featuring Atlanta legends, Young Jeezy and Gucci Mane on November 19th. The two music icons endorsed her opening address to millions of viewers about the importance of the run-off senatorial elections.
In light of all of the previously mentioned efforts, the payoff for grassroots leaders, volunteers, musical artists and the Democratic Party was Georgia having one of the highest state-wide turnouts for young people (Hip-hop consumers) in the November 2020 election, with those under 30 making up 20% of the electorate, according to exit polling.
Apparently, that surge continued through the January 5, 2021 run-off elections. People of all ages voted in record numbers during this election cycle, however, young people, who have historically exhibited political apathy, played a decisive role in turning Georgia blue. The Hip-hop Zenith, Atlanta, has indeed also evolved into the shining example of effective mass voter-registration.
Atlanta, and more broadly Georgia, is providing both the musical soundtrack and the new political grassroots blueprint for these monumental times!