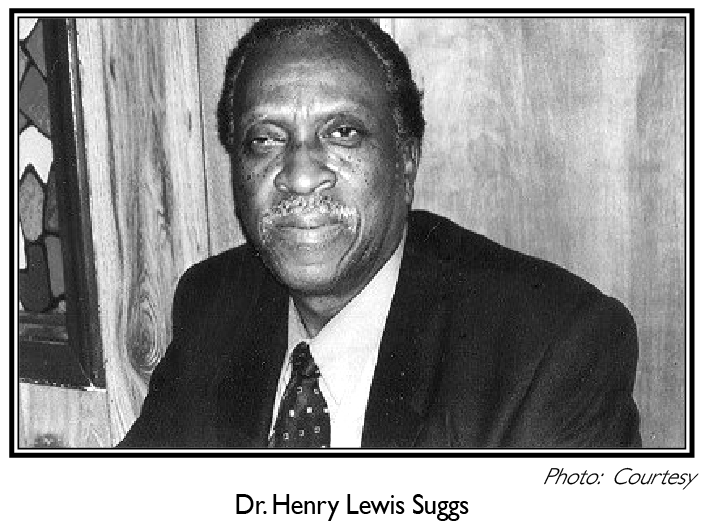 Try to migrate away from the painful mental images that automatically surface in your mind’s eye when you think about slavery, as the nation observes Black History Month’s 2019 theme: Black Migrations.

Although it is easy to feel stuck in the past, there are at least two reasons why it is difficult to force your mind to move on and migrate away from the hidden injuries of racial oppression. The first reason is that it is taboo to talk about the hidden injuries that racial inequality inflicts because racial injustice sustains historic white privilege.

Racially oppressed people may have internalized negative feelings about their race and themselves.

“Consequently, internalized racism remains one of the most neglected and misunderstood components of racism,” said Dr. Karen D. Pyke in a 2010 report, “What is Internalized Racial Oppression and Why Don’t We Study It? Acknowledging Racism’s Hidden Injuries.”

In short, internalized oppression can stop you from migrating away from the past because few people talk about it. Therefore, injuries never heal. It becomes a vicious cycle. So here is step one. Migrate away from the vicious cycle because as Pyle noted, “historical unresolved grief accumulates over generations, results in, and contributes to the development of unhealthy community-wide behavior patterns.”

In short, oppressed people are urged to hold values and attitudes about themselves “perpetuated by White dominant society about one’s racial group. (This leads) to feelings of self-doubt, disgust and disrespect for one’s race and or oneself,” added Pyke, a critical race feminist theorist and researcher. Her report was published in Sociological Perspectives, 2010.

The second reason it is difficult to migrate away from painful mental images that automatically surface in your mind’s eye is you may think it’s just you. That’s not true. Try to visualize the sheer number of slaves that slave dealers forced into ships and then set sail for America.

Specifically, slave traders shipped 12.5 million Africans to America from 1525-1866, according to the Trans-Atlantic Slave Trade Database. This means the number of Africans that were forced to migrate to America is about equal to the population of Illinois (12,802,023). Ohio’s population is 11,658,609.

This means while you often see banjo-plucking, knee-slapping slaves frolicking together in high cotton in old photos, what you rarely see is the sight that was probably most common during that era. Slaves in chains walking barefoot, forcibly migrating hundreds of miles from plantation to plantation because 250,000 slaves were chained together and forced to migrate from 1830-1840. Do the math.

To envision a forced migration, thumb though this old letter at the University of North Carolina. It provides a snapshot of a forced migration from Virginia to slave auctions in Natchez and New Orleans. In a hard-to-read letter on yellowing paper, dated April 16, 1834, James Franklin of Natchez, Miss., wrote this message to the home office of his company in Virginia. Franklin worked for a partnership of slave dealers called Franklin and Armfield, operated by his uncle.

Franklin wrote, “We have about ten thousand dollars to pay yet. Should you purchase a good lot for walking I will bring them out by land this summer.” Ten thousand dollars was a considerable sum in 1834—the equivalent of nearly $300,000 today. “A good lot for walking” meant that a gang of enslaved men, women and children, possibly numbering in the hundreds, would walk for three months in the summer heat.

“I will bring them out by land” referred to a forced march overland from the fields of Virginia to the slave auctions in Natchez and New Orleans.

Virginia was the source of many forced migrations. Records show that nearly 450,000 slaves were sold and sent south from the state between 1810 and 1860. In 1857 alone, the sale of slaves in Richmond amounted to $4 million. That would be more than $440 million today.

This means while faded photos typically show slaves laughing, dancing, and strumming fiddles, a travelogue from Yale provides a more accurate description of one forced migration. “Four or five tents were spread, and the large wagons, which were to accompany the expedition, were stationed” where they could be piled high with “provisions and other necessaries.” New clothes were loaded in bundles. “Each negro is furnished with two entire suits from the shop, which he does not wear upon the road.” Instead, these clothes were saved for the end of the trip so each slave could dress well for sale. There was a pair of carriages for the whites.

The largest forced slave migration was called The Slave Trail of Tears. It occurred about 50 years before the Civil War. About a million chained slaves walked 1,000 miles from Virginia to Louisiana moving through Virginia, Maryland, Kentucky, Louisiana, Mississippi, and Alabama.

The point is since it was common to force slaves to migrate across state lines, exactly how would your force your own psyche to migrate far away from the pain, shame, silent outrage, and sense of helplessness that just surfaced while you were reading?

You have to transition in steps and stages, said Dr. Henry Lewis Suggs, an expert on African American history who served on the faculty of Clemson University in Clemson, S.C. where he reached the rank of full professor in 1992 and retired in in 2003. Take tiny steps, in other words, then make mental leaps.

“Keep it mind that we are talking about a process,” said Suggs, the author of four books, many scholarly articles and book reviews in refereed journals. Migration occurs in steps and stages.

“Blacks, for example, assumed a new identity after moving from the South or the North during the Great Migration from 1917-1970,” Suggs explained. “So it means they were not just making a demographic move but they were moving from one environment to another. They saw themselves living in a new age with new opportunities and did not want to have anything to do with the dingy South. However, they encountered a racism that was different. This is why many African Americans moved on to Canada after moving to the North or the Midwest, where they found restrictions. They were forced to keep going because they found restrictions on voting, education and housing like they’d found in the South.”

Step one, obtain knowledge to move on, Suggs said. “The more you become educated about the facts, the easier it becomes to bring about a transition in terms of your ideology and philosophy. In a sense, it is like moving from South Carolina to Philadelphia where you get a good job. Your kids go to a good school. You become a part of the middle class.”

In addition to taking it one-step at a time, migrate inwardly by confronting the unpleasant aspects of the past, Suggs said, pointing to a classroom experience. “When I was teaching African American history, a young lady, one of my students told me she thought slavery was like welfare. She came from a middle class environment where she had never experienced welfare. But, when I took her and the class to the slave museum in Charleston, it opened her eyes. She had never had to confront the past before.”