NORFOLK
The City of Norfolk announced recently it is purchasing the former Rosna Theatre on 35th Street in Park Place as the permanent home for its historic Team Norfolk Boxing. For the past month, the globally recognized program for boxing training, classes and programs for youth and adults has been housed temporarily at the Park Place Multi-Services Center, 606 W. 29th Street.

The New Journal and Guide first reported in its April 21-April 27, 2022 edition that the historic boxing training program for youth was shuttered in October 2021 when the city unexpectantly closed its location at Harbor Park. A conspicuously absent Norfolk youth team at the annual region-wide “Gloves Not Guns Tournament” in Newport News earlier this year raised an alarm among at-risk youth and boxing sport advocates who believe the discipline associated with youth boxing is a deterrent to juvenile and inner city crime.

Further, it was speculated that the space vacated by the boxing center would be repurposed for use by the city as a temporary space for the new casino being developed in that area. Norfolk had moved the boxing center from its long standing Barraud Park site to Harbor Park several years earlier before approval to erect a casino.

Now, Team Norfolk Boxing will have a new and updated permanent home in Park Place as the Economic Development Authority has under contract the purchase of the former 35th Street theater.

The City says this location provides better proximity and accessibility for the City’s youth while leveraging additional investments for a larger community impact in Park Place. A second purchase in the area includes property at 2707 Granby Street.

“Today’s announcements highlight our ongoing efforts to strengthen the Park Place neighborhood,” said Norfolk Mayor Kenneth C. Alexander. “We are excited to add a community hub and our boxing program to the 35th Street corridor.”

“In addition,” he continued, “the acquisition of 2707 Granby Street provides an opportunity to add high-quality, affordable housing to the north end of Granby. There is no question that Park Place is experiencing a resurgence thanks to efforts from residents, civic groups, and private corporations. We are happy to complement those efforts and we look forward to making similar strategic investments across the city.”

Team Norfolk Boxing is a USA Boxing sanctioned amateur program. USA Boxing is the national governing body for Olympic-style amateur boxing in the United States. Coaches must be certified by USA Boxing, Safe Sport certified, and background checked before they can train any boxers. In addition to boxing training, cardio and self-defense classes are offered for non-competitive participants.

The future site of Team Norfolk Boxing is the 12,500 square foot Rosna Theatre, built in the 1930s, and will serve as a community development and historic rehabilitation project. The space allows for the boxing program as well as expansion to a wrestling program while offering private sector partnerships and events.

The proposed configuration includes the boxing club with two regulation rings, training equipment, teaching space, exercise equipment and a footwork area. In addition to the boxing club, the space allows for a neighborhood lobby to host Team Norfolk Boxing meetings as well as community meetings and youth programs. Also included, is a new restaurant space with windows to view the boxing club.

“The 35 Street corridor is one of the most exciting redevelopment areas in the City,” said Jared Chalk, Director of Norfolk’s Department of Economic Development.

“Bringing youth and athletics together within the community and in close proximity to additional amenities such as Old Dominion University and the Virginia Zoo is a way to enhance and grow this neighborhood.” 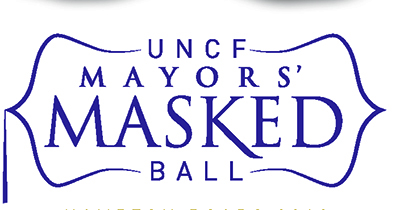 Special Message For Men On Juneteenth And Father’s Day

By John Horton As an 80 year-old African American male, I have a special message for Father’s Day and Juneteenth for 2021. Father’s...