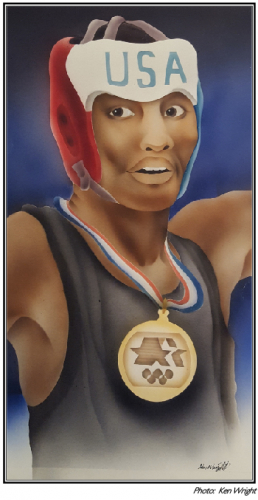 Ken Wright is now an artist in residence at the D’Art Studio in Norfolk off Boush Street. In 1984, he was the chief illustrator for the News Department at the Virginian Pilot and the first African-American to do so.

Pernell “Sweetpea” Whitaker had just won the gold medal at the 1984 Olympic Games in Los Angeles in the lightweight field.

Wright was instructed by his news editor to do an airbrush illustration of Whitaker. He did depicting him with his Olympic Gold medal around his neck, smiling with a helmet on his head with USA embossed on it.

The art work ran on the front of the Daily Break section.

At his first appearance at the Scope, Wright said he was ringside.

He recalled that it was an overflow crowd.

“I was so close that when Whitaker hit his opponent, the sweat flew and hit me and others,” said Wright.

“I got him to sign a copy of the illustration of the artwork after the match. He wanted to be home at the Scope to fight that first fight before his hometown crowd. That was an historic and great moment.”

Follow us
In this article:Ken Wright, Painting, Sweetpea Whitaker 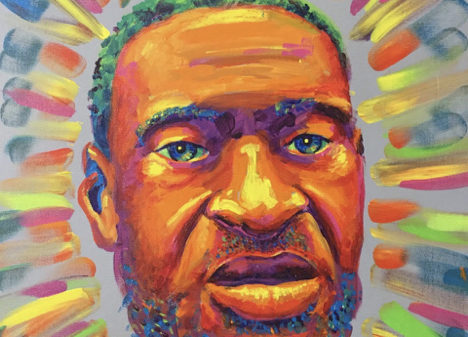