You can focus on the handful of Ku Klux Klan members who tried to intimidate a Catholic priest in 1926 or focus on the writer who plucked the page from history and transformed it into an insightful film titled “The Phoenix and the Ashes.”

Terrence Afer-Anderson wrote the 30-minute film, which will open at the Attucks Theatre on July 13 at 7:30 p.m. Viewing is free and is part of the 100th Attucks Anniversary events being held this year at the historic theater. The film describes the late Father Vincent Warren’s legendary 1926 encounter with several Ku Klux Klan members in Princess Anne County. In the film, the priest relives his encounter with a group of local parishioners 35 years later.

“Tell us about that night again, Father,” one parishioner in the film asks. “The story has been told so many times, in the newspapers and by word-of-mouth. But every time I hear it, I am reminded of how you were blessed. How we were all blessed to have you return safely.”

Father Warren settles back into his chair. He tells the parishioners the story of his kidnapping, which appeared in several publications, including a 1926 issue of The Harvest, a magazine that has chronicled the work of the Josephites for 125 years. Launched in 1871 to serve the African-American community, the Josephites established St. Joseph’s Catholic Church and School in Norfolk in 1889.

Father Warren said, “Two Model T Fords, full of members of the Knights of the Ku Klux Klan, pull onto the Johnson property and literally crashed the party.

Except for the drivers of each car, who keep the engines running, five other men jump out.” Father Warren relives his ordeal. Five principal characters, 11 supporting actors, and 20 extras enter and exit the stage while the priest, who was a member of a religious order known as the Josephites, (Saint Joseph’s Society of the Sacred Heart Inc.), continues to relive his nightmare.

Whether you focus on the KKK or how a Caucasian priest sits among African-American parishioners sipping tea, eating snacks, and recalling his ordeal decades later, what slowly arises from the ashes of history is not the legendary Phoenix that lives for 500 years, dies, decomposes, and is reborn

Instead, what arises is the stark line that history always cuts through hate and love.

Father Warren wrapped up his ordeal with the Klan and went on to help many people at St. Joseph’s School. According to its website, in 1961, St. Joseph’s Church and School closed. Its students and parishioner moved

to the Church of the Blessed Virgin Mary of the Immaculate Conception.

And this is where the writer, Afer-Anderson comes in.

“This school was my introduction to the stage,” said Afer-Anderson who attended St. Joseph’s School from 1957-1961. “I found my fondness for the theatre there while working in many productions at the school. This project allows me to revisit my childhood where I discovered my passion for theatre and film, while I was working with this story that was passed on to me about Father Warren.”

The original school served students in grades 1-12, according to its website. It was the only African-American Catholic high school in Norfolk and featured the first high school band in the city. St. Joseph’s football team in the 1920s frequently engaged in legendary gridiron contests with local rival Booker T. Washington High School, the only other high school for students of color in the city.

Afer, who enrolled at St. Joseph’s at age 7, retired from an 18-year career with the state, serves on numerous boards, and has produced more than 50 productions. He said that the years he spent at St. Joseph’s gave him a spiritual perspective that has never faded.

“I always felt that God put it in my spirit to be an artist,” he said.

“God created me to be an artist. What I do as an artist is serve my Lord. This particular film is about Catholics who are often misunderstood. This gives me an opportunity to show how we worship and praise.”

He added, “Folks don’t always have that concept of us. That is what I hope to accomplish with this series. I want to communicate a journey that started for me at age 5,” he said, pausing to explain, “God has been a constant presence in my life.”

The point is you can watch the film and focus on the Klan’s history.

Or focus on the late Father Warren’s tense encounter with the Klan.

Then again, you can notice how life simply moved on along more pleasant lines after the near-violent encounter ended.

Afer-Anderson’ long list of accomplishments is a case in point.

He launched and heads TerraVision Entertainment Network. He serves as chair of the Norfolk Commission on the Arts and Humanities. He is a board member at Old Dominion University, City of Norfolk Attucks Theatre Centennial Commission, and Hampton Roads Prostate Health Forum Community, and Hunton YMCA.

“Father Warren’s legacy inspired a lot of African-Americans to rise from the ashes,” Afer-Anderson said. “He was wholly committed to inspiring people. I did not know him but he inspired generations of African-Americans. There are people who went to St. Joseph’s who are now lawyers, judges, and educators. The first African-American deacon in the Arlington diocese, who happens to be my brother by the way – Albert Anderson Jr., attended St. Joseph’s. Other graduates include

Monsignor Eddie Tolentino; the former vice mayor of Norfolk, Herbert Collins; and many others.”

The film viewing on Saturday night will be followed by a panel discussion and opportunities for the audience to share their own stories. 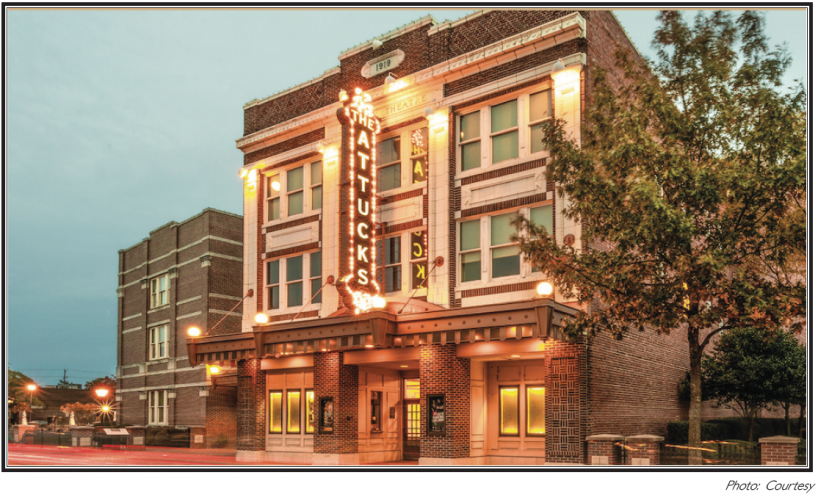 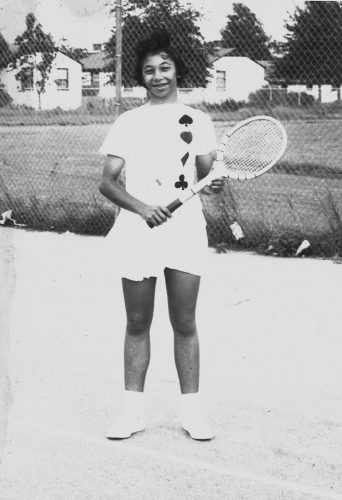 Reverend Carolyn Williams Bell’s smile was an unabashed, radiant display of wisdom. It was not the least bit intimidating. When she adorned you with...