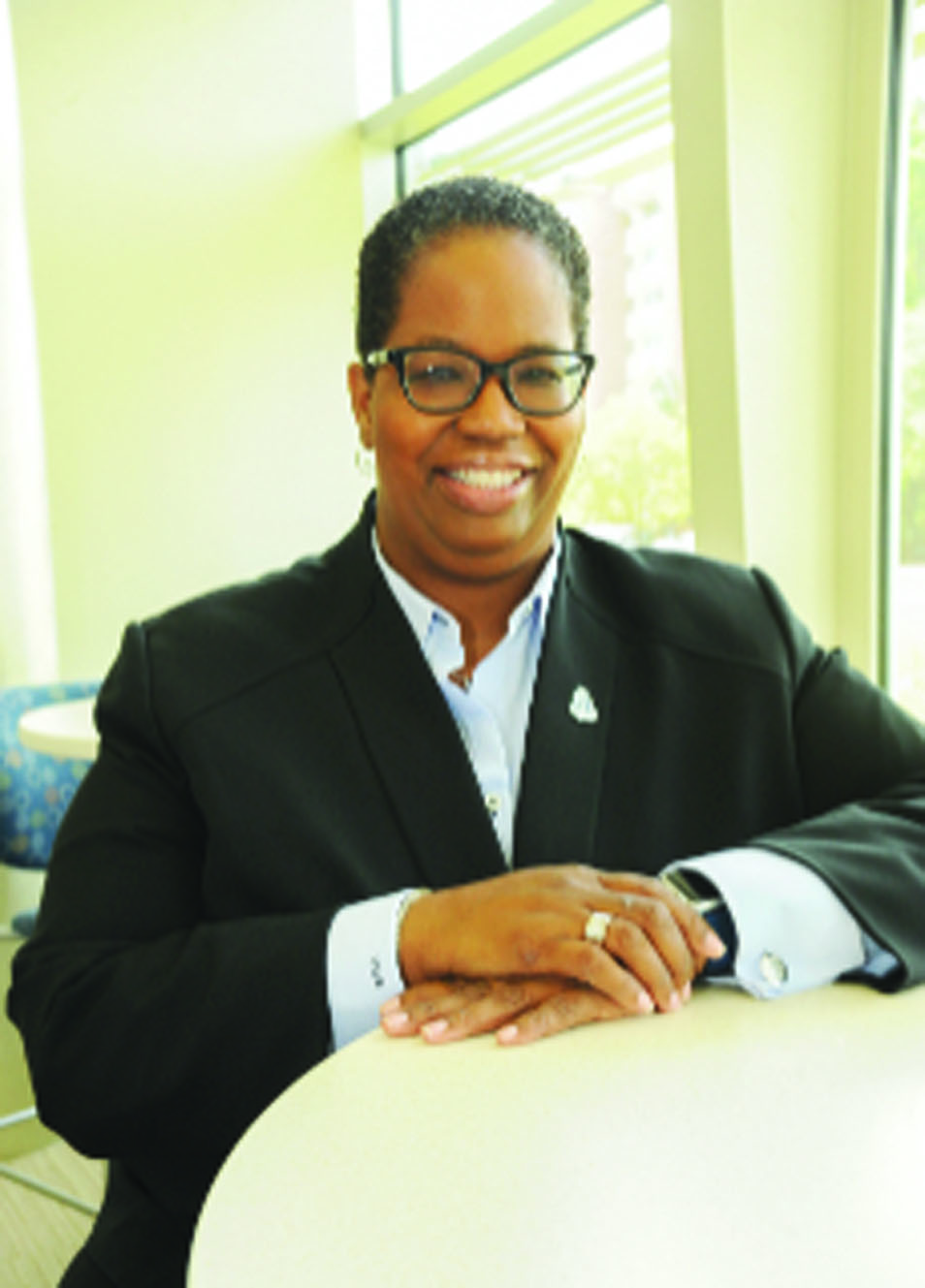 She has come full circle. Stephanie G. Adams, who started July 10 as Old Dominion University’s seventh dean of engineering, attended kindergarten here more than 40 years ago. “I have known about this campus my whole life,” she said. As the new dean of the Frank Batten College of Engineering and Technology, Adams exhibits the energy and enthusiasm of a kindergarten student.

“For all intents and purposes, I’ve been here since March. And I couldn’t be more excited,” Adams said. “When I thought about a deanship, I searched for a place with similar values about educating engineering students, and there is a clear alignment between ODU’s values and mine.” Adams wants to bring her student-centered focus to creating and producing 21st century engineers.

“ODU still has a very strong connection to the practical component of engineering as well as the theory,” she said. A stakeholder report surveying local industry, government and military partners of Old Dominion’s engineering program stressed that they love the product – engineering graduates – that the University provides. “They’d like to get more ODU students. They are clamoring for our product,” Adams said.

Adams came to Old Dominion from Virginia Tech, where she was professor and head of the engineering education department. She has won more than $12 million in research grants as principal investigator or co-principal investigator and written more than 60 scholarly publications, five book chapters and two edited books. Among her many recognitions, Adams received a 2003 CAREER award from the National Science Foundation to support her goal of designing, developing and validating a model for the facilitation of effective leaming in the engineering classroom. Adams also received the 2008 DuPont Minorities in Engineering Award from the American Society of Engineering Education and the Janice A. Lumpkin Educator of the Year Award from the National Society of Black Engineers.

Adams was the first woman, and first minority, hired as an engineering dean at Old Dominion. “I tend not to talk about it a whole lot. But I will be one of three African-American woman deans in the U.S. out of more than 350 ABET-accredited schools,” Adams said. “The literature tells you that people need to see themselves to know what’s possible. Being able to say from experience ‘You can do this’ makes me excited to be a role model for engineering students from non-traditional populations.”

As an African-American engineering student, Adams was keenly aware that she was being watched closely by her peers. “I think you just put your head down and do your work,” she said. “I was not the first kid picked for group assignments at the beginning of the semester in my graduate programs. But as the semester went on, your work becomes a pretty strong endorsement.” One of Adams’ research interests is faculty development and outreach. “I have studied teamwork in industry,” she said. “One of the things that I like to stress in research is that no faculty is working on an island. I want to continue to support and empower the great multidisciplinary work already happening with ODU engineering.”

Provost Austin Agho, himself a newcomer to the University, said Adams’ strong and strategic vision for growing the Batten College made her an ideal choice. “Dr. Adams is an accomplished scholar and administrator. I am excited that we succeeded in recruiting her to ODU,” Agho said. He added that Adams’ commitment to expand faculty and student partnerships with business and industry throughout the Commonwealth is a University-wide priority.

Adams is excited to lead the Batten College. “There is so much talent at this University, and so much potential to not only take part in national research partnerships, but lead them. I hope I can help take ODU engineering to the next level,” she said. Adams is an honors graduate of North Carolina A&T State University, where she earned her bachelor’s degree in mechanical engineering. She received a master’s degree in systems engineering from the University of Virginia in 1991 and a Ph.D. in interdisciplinary engineering from Texas A&M University in 1998. She is a fellow of the American Society of Engineering Education. Her research interests include broadening engineering participation; faculty and graduate student development; international and global education; teamwork and team effectiveness, and quality control and management.