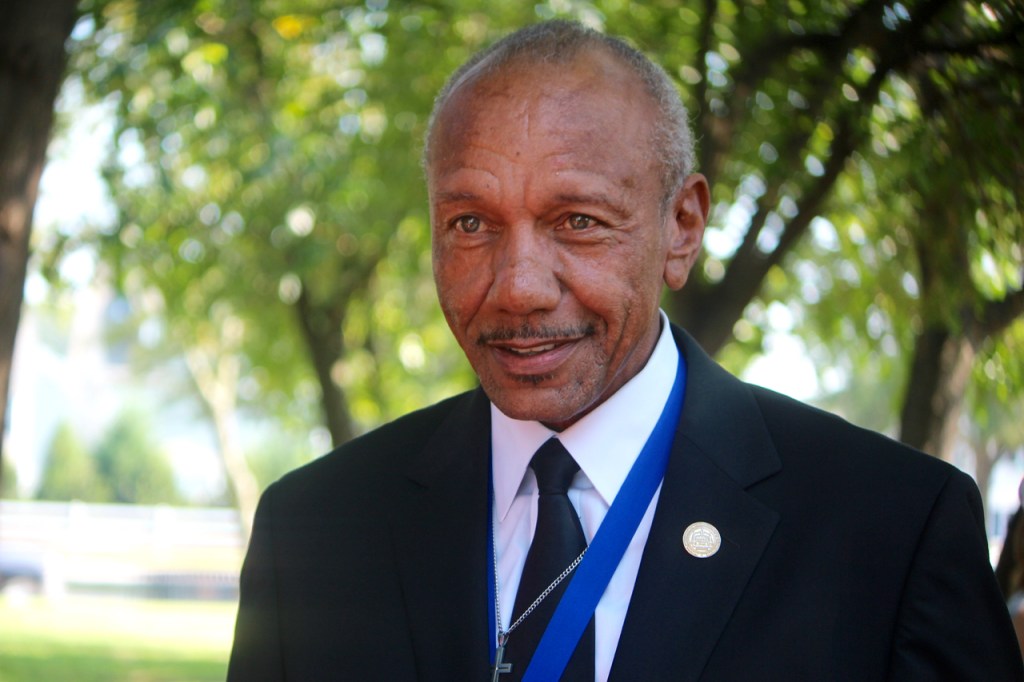 During his life time, E. George Minns was one of the most vocal and visible advocates for the Seatack Community in Virginia Beach where he was born and raised.

As President and leader of Seatack’s Civic League and the city’s NAACP Branch, he drew civic and media attention to the disparities that impacted the historically majority Black neighborhood, deemed one of the oldest in the nation.

He died in 2019 and since then, the civic league he once led has been seeking to determine how Minns’ legacy should be honored and recognized.

Several ideas have been put forth, including naming a portion of Birdneck Road, (once named for Seatack) which runs through the community in his honor.

Another idea is naming all of Long Street, which runs extensively through the neighborhood in his honor.

A resolution before the Virginia Beach City Council to achieve that was tabled recently, according to the current President of the Civic League, Tammie Mullins Rice.

The resolution sponsored by Councilwoman Sabrina Wooten, who represents the Centerville Community, met with opposition from some of her colleagues.

Wooten gave reasons why Minns should be honored during a mid-December session of council giving an accounting of his list of accomplishments.

But recognizing the level of opposition to the measure, she managed to have her colleagues vote to have the measure tabled or deferred to another time. She managed to get a second on the deferral from

Rice blames the failure of the first attempt to get council approval for some form of recognition of Minns on miscommunications between the panel and the civic league.

Another may be the angst some councilmembers may feel toward Minns who often clashed with them over various issues he advocated and fought for during his career.

But after talks with Councilwoman Rosemary Wilson, who was acting mayor when the deferral vote was taken, as Mayor Bobby Dyer recovered from surgery, plans may be back on track to get council approval to honor Minns.

Rice said plans are in the works to create a formal committee composed of the civic league and council members to formulate a plan to move forward.

But Rice told the GUIDE recently that any effort to approach the council again may be delayed. She said upcoming council elections may reshuffle the council with members more open to honoring Minns.

Minns opposed the city’s hybrid district/at-large council system, which he said deterred African Americans and other minorities from selecting candidates of their choice.

Last year, a suit “Holloway Vs. The City of Virginia Beach,” caused a federal court to abolish that system. Now the council will be elected via single members districts.

Some council members may retire or be elected in new districts.

“Apparently George got under the skin of several current councilmembers,” Rice said. “They can never say he was wrong. But it was the way he called them out on so many issues.”

City Councilmember Guy Tower, who represents the Virginia Beach District which includes Seatack, said the issue was the communication that should have been clearer between the city and community.

“This is simply a matter of miscommunication,” Tower said in an article that appeared in the Princess Anne Independent News. “I don’t want to make it into anything more than what it is. I think Ms. Wooten’s intentions are absolutely right on. She’s trying to honor someone who is well respected in the community.”

Mullins-Rice said that Councilman Tower was supportive of the initial measure.

She said the city passed a resolution recognizing Minns following his death. She said the community has recognized Minns with a scholarship and an award named for him.

Mullin-Rice said her supporting the deferral did not mean the community does not want the resolution to go forward, but she sought a process that included the civic league.

“We want to follow the process,” she said. “What we ask are two things—that two members of the community participate in the process of the committee that you form and, second, we get to choose the people. We are sick and tired of people second-guessing what citizens of Seajack want.”

Mullins-Rice said that Minns told her before he died that he did not want any existing buildings which were named for the ‘Seatack” Community to have his name replace it.

As in the case of other structures as thoroughfares, such as Birdneck Road, which was once called the Seatack Road, the city renamed it “Birdneck” Road counter to the community’s wishes.