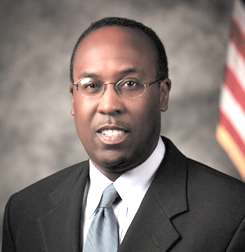 On April 16, 1963, Dr. Martin Luther King, Jr. wrote in his Letter from the Birmingham Jail that “Injustice anywhere is a threat to justice everywhere.”

In a 1964 letter from Mecca, Malcolm X stated, “I’m for truth no matter who tells it. I’m for justice no matter who it is for or against.”

Journalist and activist, Ida B. Wells said, “The way to right wrongs is to turn the light of truth upon them.” My father, Bishop James M. Whitaker, Pastor of New Bethel Baptist Church in Portsmouth, VA once told me as a teenager that “life is a search for the truth.”

In a few more days, this nation will pause to commemorate the birth of a drum major for justice, Dr. Martin Luther King, Jr. while injustice continues. The weaponizing of the criminal justice system as a means of attempting to silence and control the voice of conscious black community, political, and religious leaders is a historic tool used to perpetuate injustice. I know because the criminal justice system was used as an attempt to destroy me, my family, and New Bethel Baptist Church.

On January 4, 2022 at 9:00 a.m., Governor Ralph Northern granted me an ABSOLUTE Pardon for the wrongful convictions against me by the Portsmouth Circuit Court on September 26, 2018. In the Absolute Pardon grant, Governor Northam stated, “WHEREAS, upon careful deliberation and review of all the information and circumstances of the matter, I have decided it is JUST AND APPROPRIATE to grant this ABSOLUTE PARDON that reflects Mr. Whitaker’s INNOCENCE…”

Over a 6 months period, members of the Governor’s administration carefully researched and scrutinized the players involved in orchestrating this attack, as well as, the evidence and circumstances.

Rightfully, the investigation revealed the dishonesty, deceit, and lies against me as orchestrated by the Portsmouth Sheriff’s Department and the Portsmouth Commonwealth’s Attorney Office. As a result of the investigation, a recommendation was forwarded to Governor Ralph Northam to grant me an ABSOLUTE Pardon confirming my INNOCENCE.

Although Governor Northern granted the Absolute Pardon, the damage to my teaching career had already been done. I valued and enjoyed teaching and serving at the historic Hampton University which entailed challenging the minds of students and interacting with faculty, staff and administrators at “Our Home by the Sea.” Moreover, I helped many students to further their careers and continue their education in Law School, Graduate School, and Medical School.

However, because of the wrongful convictions in September 2018, Hampton University terminated my employment effective December 31, 2018 as a Tenured Professor teaching Business Law for 20 years. It is interesting how those who perpetrated the fraud continued living unhindered, uninterrupted, and unbothered. Nevertheless, I thank God for my journey.

I received a call from a lady, who I did not know, and she congratulated me and asked how I withstood this ordeal. I told her my family, my church family, friends, and my faith in God. Dr. King said, in his book, “Strength to Love” published in 1963, that “The ultimate measure of a man is not where he stands in moments of comfort and convenience, but where he stands at times of challenge and controversy.”

Our ancestors withstood more than my ordeal. This journey reaffirmed an inner spiritual strength in knowing the power of God’s presence. Moreover, through the struggle, my family has been tremendously blessed in the process. My wife, Dr. Ingrid Whitaker, served as a pillar of strength. The Lord continued to bless our children – James in Law School at North Carolina Central University, Naomi in Graduate school – Master of Public Health at Emory University, Nate – Morehouse College on a track scholarship, and Rachel an 11th grader at I. C. Norcom High School as an honor roll student and track team member. Moreover, my brother – Phil, sisters – Etta Pierce and Dr. Caroline Larosiliere have been there for me. Then, I rejoice in knowing my father, Bishop James Whitaker at 90 years old and my mother Otelia Wainwright McIntyre Whitaker at 84 years old are still alive to formally see what they knew all along – my innocence.

Finally, I thank God for our Black News Media; a voice crying truth in the wilderness. In October of 2020 over 2 years before the Absolute Pardon, The New Journal and Guide was the only media outlet that published reports confirming my innocence. To Ms. Brenda Andrews and Mr. Leonard Colvin, I say thank God for you. For the persons and organizations who prayed and supported me, words cannot express my gratitude.

Let us learn from this experience and never sit silent in the face of injustice. Let us stop allowing the ideology and tools of white supremacy to shape our perspective of who we are to one another and create doubt about one another. I know that “truth crushed to the earth shall rise again.” However, let us continue to stand and not allow truth nor justice to be crushed nor contribute to it’s demise.

In closing, the writer of the Old Testament book of Job symbolically presents a conversation between God and Satan. Job 1.8 (NIV) states, “Then the Lord said to Satan,’Have you considered my servant Job? There is no one on earth like him; he is blameless and upright, a man who fears God and shuns evil.’ ”

The malicious and wrongful prosecution against me and the attacks against my family and New Bethel Baptist Church did not destroy us as intended, rather, through this ordeal our faith in God and character are revealed.

In the tradition of my faith in Jesus the Christ, the cross never has the last word. God does. This truth is the foundation upon which I stand

To God Be The Glory