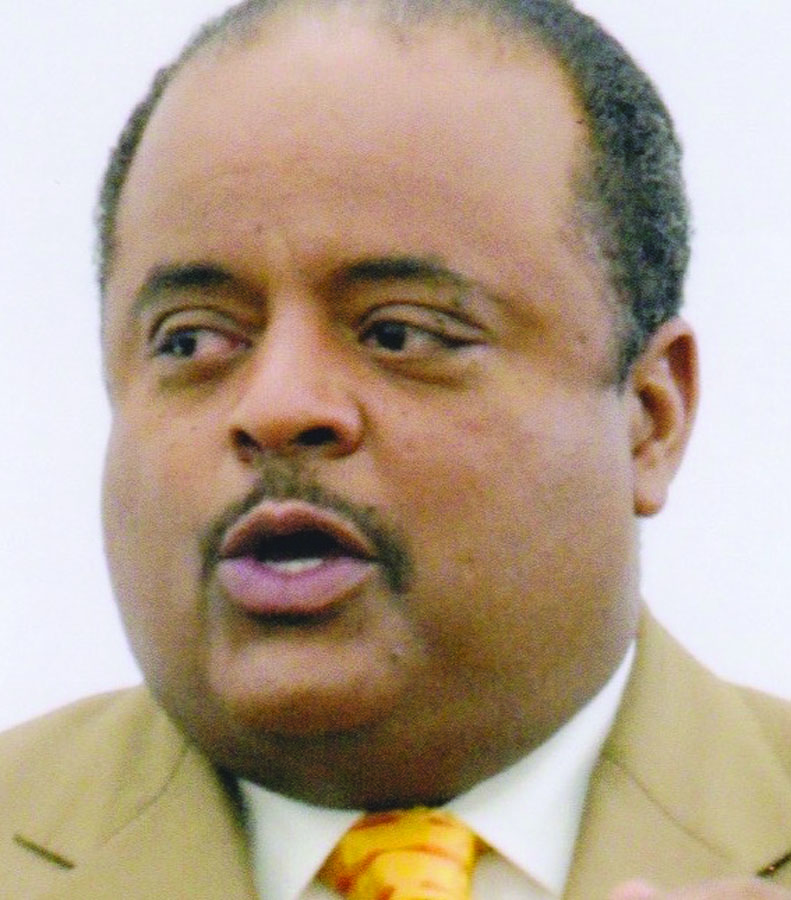 This year NSU officials billed the annual Founders Breakfast (Sept. 14) as a time to celebrate the school’s history and alert the community of its progress toward achieving its mission as an HBCU. Eddie N. Moore, who was inaugurated as the school new President two days later, announced that the school’s freshman class surged from 475 last year to over 1,042 students this fall. And he projected that NSU’s overall enrollment will exceed 5,400 students.

Plus, the university is no longer on probation by the nation’s accreditation agency and its fiscal accounting woes have been addressed. But the keynote speaker at this year’s event proposed yet another role for the event. Roland Martin, the commentator for TV One and the host of News One Now, a one-hour weekday morning news show on that network, challenged students, faculty and alumni at the well-attended event to use the next 364 days to find a way to financially support the 81-year-old HBCU to bolster its standing.

Martin challenged the students, especially, to work now and in the future to give back to their alma mater financially. With an acknowledgment from President Moore, Martin pointed out that at least $500 could help a student stay in school. During his over half-hour address, Martin said African-Americans should support not only HBCUs, the incubator of Black advancement for the community and its middle class, but institutions such as the NAACP and others which have fostered past Black achievements and perhaps future ones, if they survive.
As a blueprint for his speech, Martin referred to Dr. Martin Luther King Jr.’s last book, “Chaos or Community: Where Do We Go From Here,” written in 1967, a year before his death. He said it was not his best-selling one.

In 1967, as the non-violent Civil Rights Movement was still underway, Blacks rioted in Detroit, Baltimore and Chicago over discrimination and police brutality, factors which have sparked unrest recently. In that book, King looked back at the Civil Rights Movement and discussed what African-Americans should do with their new freedoms found in laws such as the Voting Rights Act of 1965.

“The reason I am so vigilant about this is when I put it in the context of chaos over community … where do we go from here … we are we talking about the future,” said Martin.
“I think about legacy…how we love today to talk about Fannie Lou Hamer, Ella Baker, Martin Luther King, Jr. … Hosea Williams…Rev. Jackson … Andrew Young … Thurgood Marshall, all of our amazing leaders.

He said that a university alumnus donated money to the school to insure that graduates could get a short term loan to buy a ring. “Because somebody said, ‘I am thinking about the future of (Texas A&M) Aggie students and the school.” Martin then launched into defining the reason why Blacks should do the same for their schools. “When you talk about giving … it is not a short term thing … it’s literally a long term thing … legacy … institution building,” he said. “It requires us to think about the moment a student steps foot on this campus, it has to be placed in their minds … that no matter what happens you are always going to support this institution and not just on homecoming weekend.”

Martin said his support for HBCUs, especially, is strong despite the fact that he did not attend one. He reminded the audience of the recent dust-up with talk show host Wendy Williams for comments she made after actor Jesse Williams’ speech at the BET Awards programs about police brutality and race. Williams said, “I would be really offended if there was a school that was known as a Historically White College. We have Historically Black Colleges. What if there was the National Organization for White People, only? There’s the NAACP.”

Martin said at the NSU breakfast that his visceral reaction to Williams’ comments was prompted because “I cannot be in such a situation where our institutions are degraded as if they do not matter. “When you question why we have HBCUs, you do not understand what American history has been since the first 20 and odd Africans arrived in 1619.” Martin addressed the issue of Black media independence and the importance of African-Americans shaping their message and image.

“There is a reason for the first Black newspaper, ‘The Freedom’s Journal’ in 1827, writing in the lead editorial ‘we wish to plead our own cause, for too long others have spoken for us.” “We are not going to outsource telling our story to the New York Times, Washington Post, or CSNBC,” he said. “Then we are left in the position of asking and begging them, ‘can you please cover us?’ I do not apologize for covering Black people on TVONE … because we are Black.”

Martin said that when Black children sit and watch television, and see “Black excellence through the prism” of Black networks such as TVONE, and not just Black entertainers and rappers, “you begin to see Black generals … economists, Black educators, charter school operators … we are able to use this platform to amplify those voices. “So when we cover stories, I am not asking somebody else can I? I am the somebody else.”

Martin said Blacks must stop marginalizing the efforts by him and others working in media. He said he is approached by Blacks asking the question, “When you gone get you a show?
“I got one every day … I mean a real show,” Martin said he is asked. Martin said though he uses the same chair and studio at NBC used by the noted Black anchor Lester Holt, that man “believes because my show was on TVONE, it is not a real show.”

Martin said that this attitude is born from African-Americans’ historic devaluation of Black achievements and institutions. “There are some folks who said you did not go to a real college … you went to Norfolk State … but it ain’t Virginia Tech. In fact, some folks who look like those in this room believe in such a notion.” “What we have to accept and understand, even in our own community, is that White supremacy has been so effective it has caused Black folk to act as if our own is second class.”

Martin talked about the “chaos” facing the state of longstanding Black institutions, such as the NAACP and the funding shortfall it faced two years ago when Ben Jealous resigned as CEO. He mentioned the fiscal stress of HBCUs due to enrollment declines and the inability of parents to take out supplemental loans to help pay tuition for their children. Martin said several years ago, he conduced an interview with former Howard University President, Dr. H. Patrick Swygert who said that most of the $215 million raised for that HBCU’s capital campaign came from White corporate Americans.

Martin scoffed at the idea that Black people could not devote some of their collective $1.2 trillion dollars in national spending and investing power … “to ensure our institutions will actually survive and thrive.” “I just do not want our institutions to survive,” he said. “That sounds like you need a life raft or life jacket as you walk around all day. I want us to survive to create sustainable endowments for our institutions.” He urged Black college graduates to collectively pool their monies with their friends to make sustainable donations to create endowments for HBCUs and other Black institutions in need of financial support.

“Make a pledge that is institution-building … that is community,” he said. Martin said HBCU graduates are ambassadors of the universities to promote them and should do more than buy the schools’ pins and shirts with the schools’ logo to show their support. “Where do we go from here? It is dependent on us,” said Martin. “(N)obody will save us but us.”