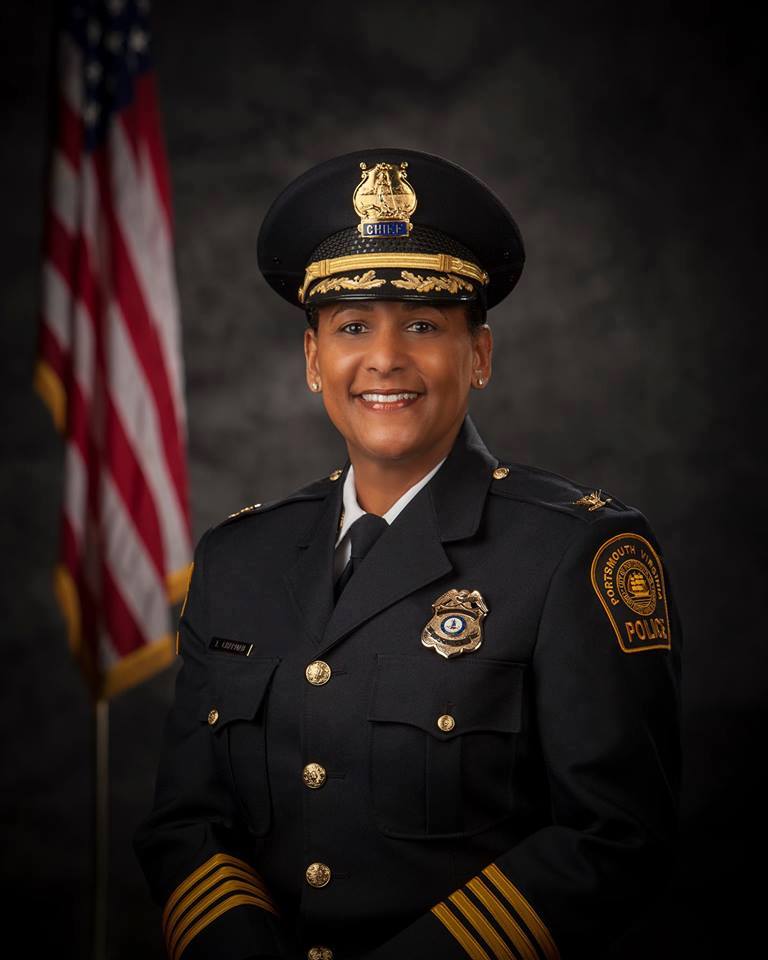 Two weeks after a failed effort, the Portsmouth City Council has appointed Tonya Chapman as the city’s new City Manager.

She will replace Angel Jones, who served less than a year in the position before being abruptly fired on May 24 during a tense meeting. Vice Mayor De’Andre Barnes, Councilman Paul Battle and Councilman Christopher

In an earlier vote on May 31, Woodard had voted against Chapman’s appointment, suggesting at that point he wanted to revisit the motion at the June 14 meeting.

Appointed as Portsmouth Police Chief in 2016, Chapman was forced out of that post two years ago and was recruited by Dr. Whitaker to return to the city as its City Manager.

Chapman will start on June 22 with a salary of $200,000, after Whitaker put forth the motion to appoint her as City Manager.

A special call meeting was held June 16 to complete the business of the hiring begun at the regular June 14 session which adjourned early.

The June 14 session was highlighted by tension and infighting that included a period when Mayor Glover sought to have Councilman Whitaker removed from the chamber. However, Whitaker put forth a motion to override the Mayor’s order, which passed 4-3, preventing his removal. The meeting adjourned shortly thereafter.

During the meeting, Glover said the candidate for City Manager should go through a proper process.

The turmoil surrounding the city manager’s position started with Angel Jones abruptly being fired from the office last month, presumably after receiving a poor performance evaluation.

Opponents of her ouster said Jones was not given a probationary period to improve on her performance and elevate her scores.

Whitaker says he’s eager to have Chapman come on board as city manager later this month.

“We are very excited that we’re able to get someone as talented as Ms. Chapman. I think she’s a unifying person for our city. I think she brings a wealth of experience,” Whitaker said.

Chapman was appointed as the state’s first African American female chief of a municipal police department. Sources close to the situation say she was forced out after clashing with the powerful and mostly White Portsmouth Police Union.

After she was fired as Portsmouth Police Chief, Chapman was appointed to the State Parole Board.

The morning before the drama took place in the Portsmouth City Council Chamber on June 14, a coalition of citizens held a press conference, announcing they were launching a recall effort of Councilmen Whitaker, Barnes and Battle.

A press release issued by the coalition listed the names of Rev. Milton Blount, Chair of the MLK Jr. Leadership Steering Committee, and colleague Dr. Kelvin Turner, and Theresa Danaher, Chair of the Concerned Citizens of Portsmouth Political Action Committee.

Rev. Blount said as of June 16, the group had already collected 2,000 of the 8,000 signature goal to recall Dr. Whitaker and Vice Mayor Barnes.

He said the coalition hopes to have signatures collected by early August to submit to the Portsmouth Circuit Court for validation, and if there are enough, to secure the order to recall of Barnes and Whitaker.

Blount said that his group stood with Tonya Chapman when the city council reassured the City Manager to oust her in 2019.

Blount said it was the process Whitaker and his supportive colleagues used to hire Chapman which prompted the recall effort.

“Further, it was the great disrespect and disregard for the leadership of the mayor which is also a concern,” said Blount. “It is one thing to not like a person personally, but you respect the office and the process.”