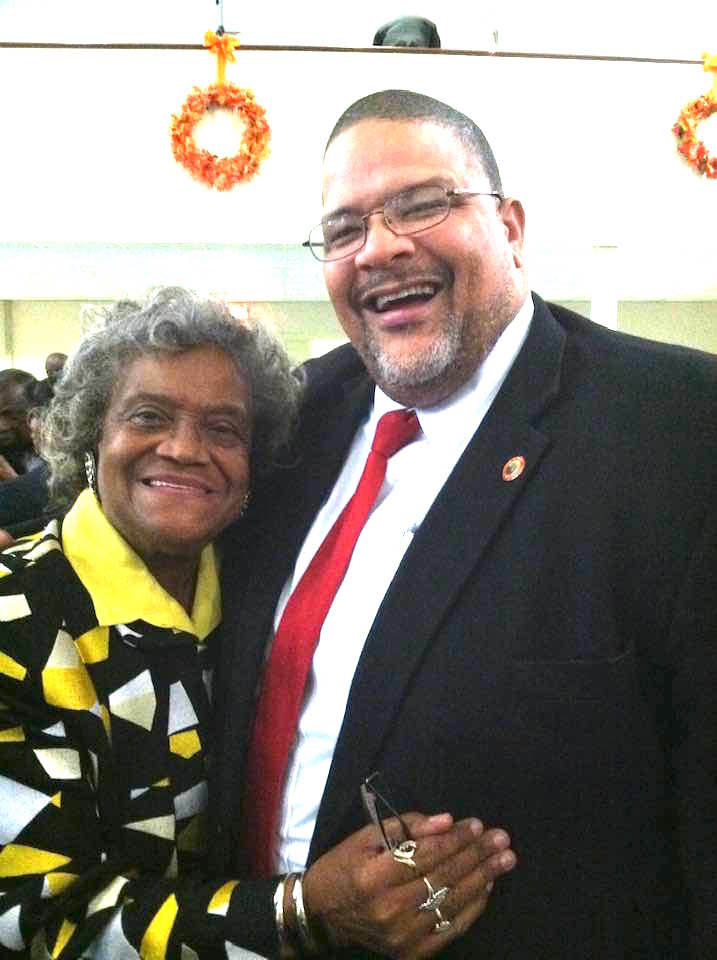 Marlene Randall, 87, the second African American woman to serve on the Portsmouth City Council, died recently, according to a member of the family.

Although she lived in Portsmouth’s Cavalier Manor section and served the city as a teacher, principal, school board and city council member, she was a graduate of Norfolk’s Booker T. Washington High School.

As a Portsmouth school educator, Randall created the pattern for the pairing of schools, staff, and students that led to the integration of the Portsmouth Public Schools.

In 2002, Randall was elected to the Portsmouth City Council where she served three consecutive terms until 2014. During one term she served as Vice Mayor.

“Mrs. Randall was the true ‘Mother of our City’!” said Wright, who served from 2010 to 2017. “Her passion for education and her love for our children hasn’t been matched in the last fifty years. This woman made everyone feel special!”

He continued, “No matter what you were struggling with or what others would say about you, Mrs. Randall would always encourage you to keep the faith. And she would always remind you that ‘God loves you and

so do I!’ The City of Portsmouth has lost its biggest cheerleader.”

Wright said he first met Mrs. Randall when he was in 3rd grade.

“In 3rd grade, for the first time in my young life, I attended an all-white elementary school (Shea Terrace Elementary),” he said. “Can’t tell you how uncomfortable it was to be the ‘Guinea Pig’! But to see someone like

Mrs. Randall, who looked like you, made all the difference in the world.

“As she would remind me when I became Mayor, ‘I remember you when you were knee-high to a grasshopper!’”

Lisa Lucas-Burke is the third Black woman to serve on the council. Her mother State Senator L. Louise Lucas was the first.

“She and my mother paved the way for me,” said Burke. “She stayed true to her creed that the children…educating and taking care of them was first.”

Burke attended Lakeview Elementary where Randall was an educator and lived “around the corner” from her family home in Cavalier Manor.

“She came into politics when it was not popular for women to do so,” said Burke. “But she was what Portsmouth needed. She was always out in the public attending events. Even at her age, she did all of

the line dancing at parties.

“Her generation is departing quick, but I am hoping before all of them are gone, the knowledge she possessed will be passed on to the new generation.”

Mae Breckenridge-Haywood, a member of

Portsmouth’s African American Historical Society and retired Portsmouth educator, said, “Marlene has an outstanding legacy in this city because she reached out to everyone.”

Haywood, a Librarian at I.C. Norcom for years, said although they were fellow educators, “our paths did not cross until she retired from education.”

“She was a voice for education,” Haywood said.

“She helped me when I began my local research providing me with historic pictures of I.C. Norcom Faculty dating back to 1923.

“When I needed an expert on education or history, she was my go-to person,” said Haywood. “Community leaders like her come once in a lifetime. She and her work will be missed.”

“She was for the children… the children, first and foremost,” said Lavoris Pace, who is Portsmouth’s Interim City Manager. “I first met her when I landed a job with the city’s Communications Department in1989. She was a champion for education and the children. Socially she was a sweetheart and never met a stranger. She will be missed.”

Costella Williams and her husband, Junius, moved to Portsmouth in 1984. He was the first African American district manager for Dominion (formerly VEPCO) Power and was doing outreach for the company when

he first engaged Randall at a Chamber of Commerce meeting. He was impressed with her, Costello Williams said.

Randall in 1985 was principal at Lakeview Elementary. Costella Williams said there was a waiting list for families because “the school was so top-notch and one of my daughters got enrolled.”

“She knew all of the children’s names,” said Williams. “If a child’s parents could not pick them up on time, Marlene would keep those children safe until they got there.”

“She was an all-around person” said Williams. “Anytime she could make an impact on an issue in this city, she was on it… especially education. She felt that the city was not funding education for her children enough and that was her primary issue when she was on the school board and council. She was a rare jewel and this city has

Randall was an educator and administrator for 38 years with distinction in the Portsmouth Public School System.

She was married to the late Vernon L. Randall, retired principal, and they were the proud parents of Ricardo C. Randall, Veronica R. Williams, and Michelle D. Bryant. The Randalls were devoted members of New Bethel Baptist Church.

She served as a member and on the boards of many civic, education, political, social and fraternal groups, including Sigma Gamma Rho Sorority.

and came from all segments of the community.

Follow us
In this article:City of Portsmouth, Feature, Featured, Marlene Randall, Portsmouth