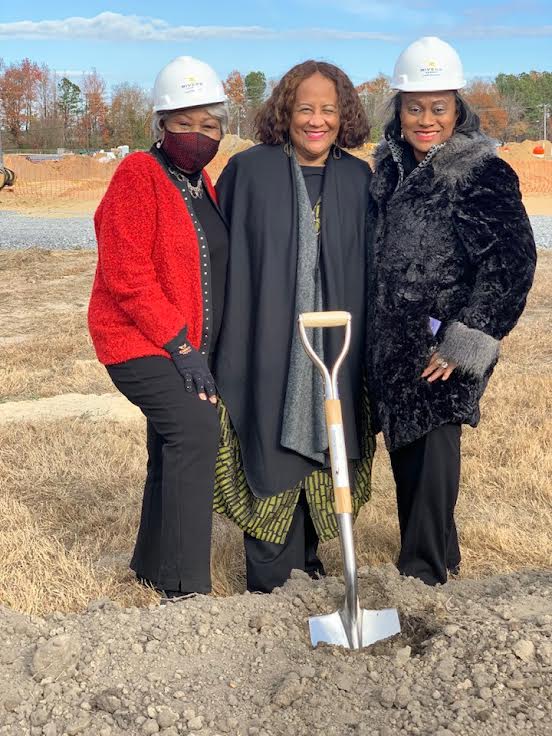 Fourteen months after Virginians approved a referendum to develop and open gambling casinos, at least four may be opening their doors by the first of next year.

Casinos were approved by voters in Bristol, Danville, Norfolk, and Portsmouth.

Richmond voters rejected a referendum for a casino.

Casino construction was expected to start immediately after licensing was completed.

Portsmouth’s Rivers Casino Portsmouth is on schedule, to be the first to open in January of 2023, according to Brian Donahue, Interim Director of the Portsmouth Department of Development.

According to Donahue, initial construction activities have already commenced.

“I think we will see the construction of the building go vertical in the coming month,” he said. “We are very excited about our position to be the first to open in the region. Once completed Portsmouth will be the destination for entertaining in Hampton Roads and beyond.”

Portsmouth officials broke ground at the site of its casino operation on December 7.

Rivers Casino Portsmouth will be a $300 million casino resort built at I-264 and Victory Blvd next to Tidewater Community College on a 57-acre parcel of land about three miles southwest of downtown Portsmouth. The project will be 400,000 square feet featuring a casino, restaurants, a 4-star hotel, a 3,000-seat event center, a movie theater, and retail stores.

Rivers Casino Portsmouth will be developed and operated by Rush Street, a Chicago gaming and entertainment company that operates casinos in Illinois, Pennsylvania, and New York.

Rivers Casino Portsmouth did not receive any tax incentives from the City of Portsmouth and actually will pay at least $10 million to the city to acquire the Victory Boulevard site.

According to Donohue, Rivers Casino Portsmouth will create 1,400 construction-related jobs and pump more than $200 million into the local Portsmouth and Hampton Roads economy annually.

He said the city should receive a projected $16 million in revenue from the project annually. Donahue said that money would be devoted to public safety, the schools, and other needs for the city.

Rivers Casino Portsmouth has said it is committed to hiring local and diverse talent, and points to its Rivers Casino located near Chicago which reports that 60% of employees are minorities.

City officials say that the company has committed to the same rate in Portsmouth which is the largest majority Black city in the region.

According to Delceno Miles, President of The Miles Agency, and a press spokesperson for the project, once the project is completed it will create some 1,300 permanent jobs at the casino.

She and Portsmouth city officials noted that the workforce at the casino will be highly diversified top to bottom.

“There will be a wide range of employment opportunities available once the casino begins operations,” said Miles. “We have already begun the process of recruiting and training administrative staff, technical personnel to handle gaming machines, skilled gambling personnel for the casino, maintenance and customer service.”

Miles said Tidewater Community College nearby the casino will have a key role in providing training for many professional and skilled workers for its operation.

Donahue and Miles agreed that the cost of the tuition at the school, its proximity, and the school’s ability to develop programs to accommodate the workforce needed for the casino is an ideal situation.

Tamara Williams, TCC’s Vice President for Workforce Solution, said the school has received funding from state and local sources to provide a large number of scholarships for students interested in securing employment with the casino.

She said that TCC will behold “Curriculum Alignment” meetings with casino parties to define training priorities.

Williams said that along with training in IT, and business management in hospitality, TCC will offer a “Dealers school” for personnel involved in the gaming operations of the site.

She said in Pittsburgh, the dealing school was handled by a nearby community college.

Before the casino opens, TCC will set up “mock” training programs to give students first-hand experiences in the gaming industry, Williams said.

Miles said that city and the developers of the project have also reached out to the Hampton Roads Workforce Council and other training groups will be contributing as well.

Virginia’s new casinos were not be licensed before April 2022, according to the Virginia Lottery Executive Director Kevin Hall.

Portsmouth Councilperson Lisa Lucas Burke said that Rush Street, the prime developer, has already begun to provide a return on its investment. She said starting last year, it began providing at least three percent of the its online betting revenue to the city.

Donahue, Burke, and other city and civic leaders said the lobbying and support from State Senator Louise Lucas, was one of the key reasons for the upcoming project in Portsmouth and in other locales in the state.

“She worked on that project for over 20 years,” said Councilwoman Burke. “It will be a win for the city whether people think so. It will provide much-needed revenue for our city and its residents.”

“I am excited that the gaming and entertainment industry coming to our city,” said Portsmouth Mayor Shannon E. Glover. “This is a good opportunity for us to diversify our economy. This is why we specifically created this entertainment district. It will create at least $16 million in revenue for our city and employment for not only people in Portsmouth but all over the region.”

Glover said that a provision with Rush Street and the city calls for minority participation in the economic enterprise, including development, employment, the procurement system which includes providing goods and services during construction and onward.

Glover said that long before the groundbreaking last December, Rush Street made investments in the community.

“They donated to the Children’s Museum and the African American Historical Society,” said Glover. “I visited various cities where they operate and they are good community partners and they are doing it here in Portsmouth.”