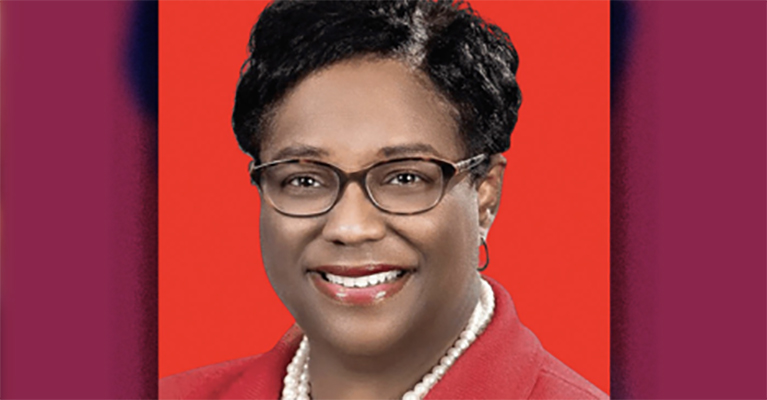 The nation is mourning the passing of Cheryl Hickmon, national president of Delta Sigma Theta Sorority, Incorporated, the nation’s largest African-American sorority. Hickmon was elected president of the organization dedicated to sisterhood, scholarship and service November 21, 2021 at the 55th national convention held in Atlanta, GA.

Hickmon, a beloved and celebrated member, served the organization for 39 years. The Connecticut native was initiated into the Alpha Xi Chapter at South Carolina State University in 1982 and was an active member of the Hartford (Conn.) Alumnae Chapter. The national office of the sorority released a statement announcing Hickmon’s death which reads as follows:

“It is with great sorrow that Delta Sigma Theta Sorority, Inc. shares the passing of our beloved National President and Chair of the National Board of Directors, Cheryl A. Hickmon. President Hickmon transitioned peacefully on January 20, 2022 after a recent illness.

“President Hickmon was a devoted member of Delta Sigma Theta since 1982 and served in various capacities at the chapter, region, and national level before being elected National President. She is remembered not only for her role as a leader but for being a colleague, friend, and most of all, sister.

“The entire sisterhood of Delta Sigma Theta Sorority, Incorporated mourns the loss of President Hickmon. During this difficult time, we ask that you respect her family’s privacy and keep them in your prayers.”

In addition to serving as the national president of Delta Sigma Theta Sorority, Inc., Cheryl was employed at Montefiore’s Institute for Reproductive Medicine and Health in Hartsdale, NY where she supervised the In Vitro Fertilization Laboratories for Andrology and Endocrinology. A licensed Clinical Laboratory Technologist, Hickmon worked in the Reproductive Medical Laboratory for more than 30 years.

Members and supporters have been offering remembrances and calling for prayers in response to Hickmon’s death.

Follow us
In this article:External Affairs Manager Inc', Feature, Featured