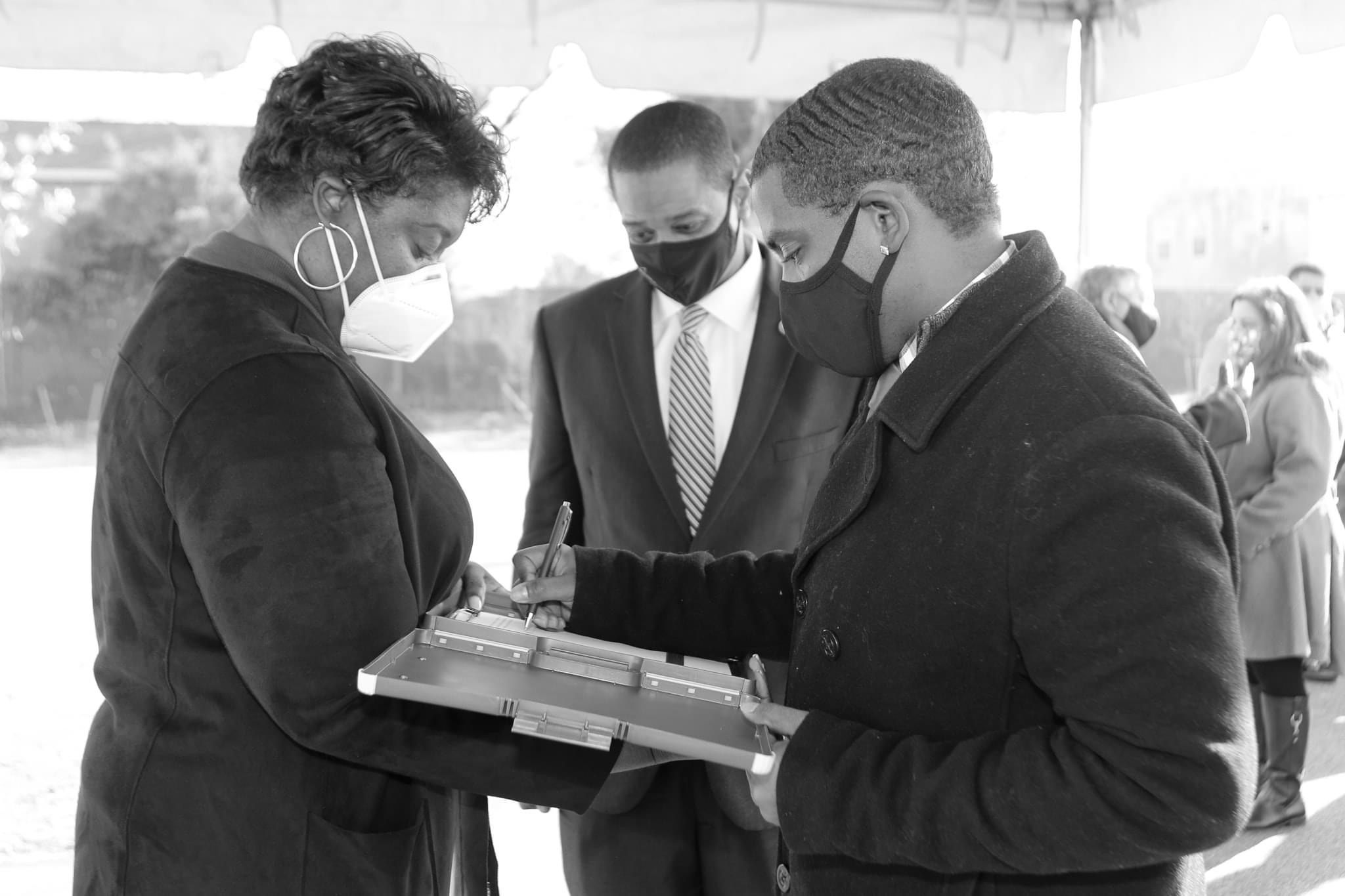 De’Andre Barnes, who recently won a seat on the Portsmouth City Council, was elected vice-mayor during the panel’s reorganizational and first meeting of the year on January 4.
Barnes, who is African American, at 35, is the youngest citizen to be elected to that post by his peers with five votes of support. According to political watchers in Portsmouth, this move was a surprise. There was an assumption by some that Lisa Lucas-Burke, who held that slot the past two years, would be re-elected to that post.

Lucas-Burke said that she hoped she would be considered to provide a semblance of gender diversity in leadership since she is the lone woman on the panel.
Another choice that has surprised the Portsmouth political ecosphere was the choice of a little-known and young African American male, Christopher Woodard as an interim council member to replace Shannon Glover who was elected mayor in November.

Woodard, who is a native of the city, has no employment or political resume listed on the Facebook page. He is a graduate of I.C. Norcom High School.
But during his interview with council, he did tell council members that he would run for the seat during a special election come November 2, to serve out the rest of Glover’s term.

Also, he said he would consider running in 2022 when Glover’s term officially ended and he would have been up for reelection.
There was considerable interest in the interim post, according to city officials. At one point after the November 2020 General Election, city officials noted that over 20 people applied for consideration to be named to replace Glover. Portsmouth is the largest majority Black city in Hampton Roads.

Before the 2020 election, Mayor John Rowe, council members Elizabeth Psimas, Bill Moody, and Nathan Clark, all White, created a 4-3 voting bloc that controlled the agenda of the panel.

Now, Bill Moody is the lone White person on the council and African Americans achieved the goal of reclaiming control of the panel with a 6-1 majority.
However, the votes for the new vice mayor and the interim council member indicate another 4-3 bloc majority featuring Paul Battle, Mark Whitaker, who reclaimed his seat on the council, Moody, Barnes, and perhaps the newest member, Woodard.
In an interview with the GUIDE on the day of the reorganization, Lucas-Burke admitted that she and Mayor Glover may be the dissenting votes against the bloc depending on its cohesion on various issues.