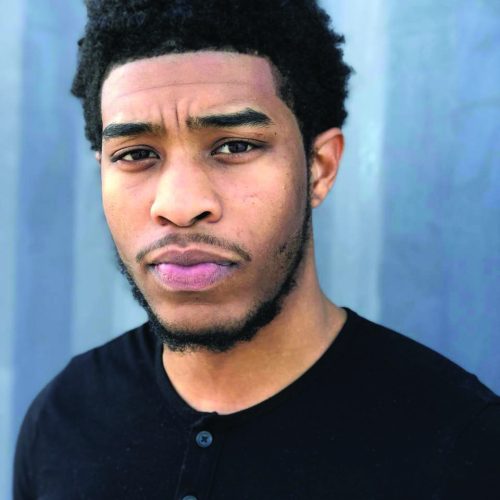 The Norfolk State University (NSU) faculty, staff and students and the family of the NSU Theatre Department and the Virginia Stage Company (VSC) recently announced the unexpected passing of Jadon Jenkins, 22.

Jenkins, a member of the NSU Theatre Department, was a cast member (Fred/Mr. Caroline) in the current run of the Virginia Stage Company’s production of “A Christmas Carol.” His untimely death came before the Friday night (Dec. 14) 7:30 p.m. performance at the Wells Theatre, closing down the show for Friday night and the 3 p.m. Saturday performance. This allowed VSC to fly in a replacement actor from New York to allow the show to proceed for the 7:30 p.m. Saturday night performance.

“Jadon was my student, but was more like a little brother — whom I could not have been more proud of,” said Dr. Anthony Stockard, the Director of the NSU Department of Theater, who also appeared in the VSC Christmas Carol production. “I am unable to speak without grief.

“Jadon was an exceptional student in the classroom and a rare and amazing talent on the stage.”

Stockard said Jenkins contributed to many of the milestones of the NSU Theatre Company, such as performing in the inaugural productions of the Mainstage and Studio Theaters in the new Brown Hall building.

“He was committed to his high school, Booker T. Washington,” said Stockard. “He constantly returned to help out and mentor students. He consistently served at his church and was a young man of God.”

Jenkins was a junior drama and performing arts major at Norfolk State University. As a member of the NSU Theatre Company, he had appeared in Topdog/underdog: Booth, Choir Boy: AJ, and Fences: Gabriel.

He had also made an appearance as Othello in the Shakespeare in the Grove summer production and as Stanley in A Streetcar Named Desire at Alabama State University.

When he made his debut appearance with the Virginia Stage Company, he said he was “beyond ecstatic for the opportunity and hopes to leave audiences with an electrifying yet meaningful experience.”

He also was a member of the NSU Spartan Legion Band.

The funeral services for Jenkins will be held at the Gethsemane Community Fellowship Baptist Church, 1317 East Brambleton Ave. in Norfolk, VA 23504 on December 22 at 11 a.m.