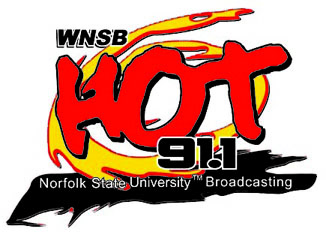 NORFOLK
For the first time in its 36 years of broadcasting from the campus of Norfolk State University, its public radio station, WNSB 91.1 FM, conducted an on-air membership drive “MemberFest 2016,” April 1-10. April ushers in the warmth of spring and all across the land public radio stations like WNSB are having their annual drives to raise much needed funds to pay for programming and recruit new members to build their listenership. South Hampton Roads is fortunate to have several public radio stations, which must rely on corporate and private donations and membership drives to pay for programming, staff and equipment.

“We understand fully that our listeners count on us. Now we are counting on our listeners. Their financial support enables the radio station to stay on the air and gives WNSB the financial boost needed to grow, improve and be there for our loyal listeners 24 hours a day seven days a week,” said Edith Thorpe, general manager of WNSB 91.1 FM. Norfolk-based public radio stations WHRO FM 90.3 and WHRV 89.5 began a week on April 9 of their on-air fund raising efforts.

According to Barbara Hamm Lee, the host of the weekly Black-oriented talk program “Another View” on WHRV-FM 89.5, much of the money raised is used to pay for news programs such as “Morning Edition” produced by the National Public Radio (NPR) network. WNSB, which is owned by NSU, called its spring fund raiser “MemberFest 2016.” WNSB signed on the air for the first time February 22, 1980, as a non-commercial radio station with an educational format. The station has since become one of the most-listened-to public radio stations with an urban format in Hampton Roads and the only public radio station with an urban alternative format in Virginia.

Although the fund drive and membership raising efforts ended on April 10 for WNSB, Thorpe says she and her small staff invite corporate and private donations to the station. Thorpe said the goal of this spring’s fundraising goal was just $20,000 and they were nearing the goal by the end of last week. According to Thorpe, the station is funded primarily from the coffers of NSU, grants – the largest from the Corporations for Public Broadcasting – and now, she hopes, continued donations from individuals and corporate concerns. WNSB is a training platform for future broadcasters. Thorpe says the station has three professional staff members who run the station, along with 18 NSU Mass Communications students who are training for jobs after college.

Thorpe said there are no current measurements of the number of consumers who are listening to WNSB on a daily basis. But she believes that the last ratings book indicated the station has a large following of people who consume its product in radios in their cars, homes and hand-held listening devises. The station has a variety of musical programming from Urban Contemporary, R&B and Gospel Music seven days a week. It also carries NSU sporting events and other news related programming.

Thorpe said in the coming months she and her staff will be recruiting more students to work as on-air announcers at the station and “tweaking” the programming offered to the listeners.
In Hampton, 88.1 WHOV-FM is owned by Hampton University, a non-profit, non-commercial radio station serving the interests of the Hampton University community, the citizens of Hampton Roads and the surrounding metropolitan areas.

WHOV had its beginning in 1941 as a carrier current station whose signal was limited to designated buildings on campus. It remained a carrier current station until 1964 when it became the first federally licensed educational FM radio station among historically Black colleges and universities (HBCUs). Now WHOV operates 17 hours a day, 365 days a year. Jay Lang, who has managed the station for seven years, said WHOV gets its funding from underwriters, the university, and donations from listeners. At WHRV 89.5, Hamm Lee says during the weeklong fundraising efforts, station programmers closely watch the level of online and phoned-in donations to determine which programs to retain or jettison.

Another View airs weekly at 12 noon Friday, and she and Co-producer Lisa Godley have been seeking to build the program listenership. Like Thorpe, she said she wants Hampton Roads residents to not only donate during this week’s Spring Fundraising Drive, but year-round. “We get a sizable donation from a private source to fund the show, she said, “but we want the public to support this program because its issues are important to not only African-Americans but all Hampton Roads residents.”