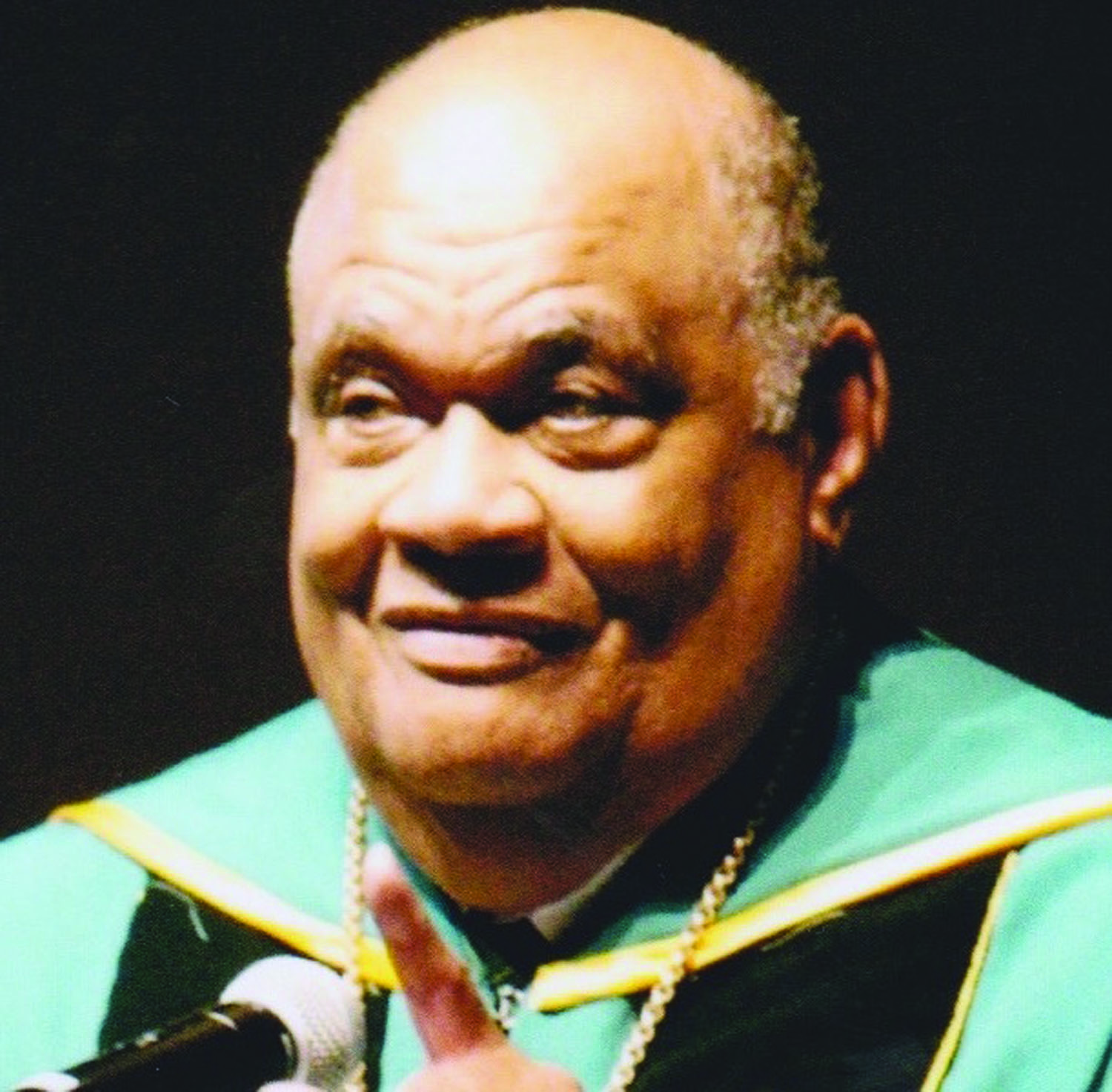 An alumnus gift of $25,000 was presented by Jonathan Mason Sr., during the Founders Day Breakfast, featuring keynote speaker Roland Martin. Of Moore, who has served as interim president since 2013, Gov. Terry McAuliffe said at the investiture ceremony, “This is a man who steps up to the plate time and time again. He came into Norfolk State University at a time of uncertainty. They needed some help. They needed some leadership.”

Moore became NSU’s interim president in 2013, just months before its accreditor, the Southern Association of Colleges and Schools, placed it on probation, which was lifted last December. In his inaugural speech, Moore said, “There‘s nothing negative. Everything is good. We have the financial resources to make it through the coming years … We are on the road to recovery.”

Moore also presided over an Inaugural Gala that was held at 8 p.m. in the Joseph G. Echols Memorial Hall. WVEC News Anchor Regina Mobley, a Norfolk State graduate, served as emcee.
Twenty-five thousand dollar donor Jonathan Mason Sr., earned a bachelor’s degree in mass communications at Norfolk State in 1995. Deeply involved in many student organizations including a four-year stint on the football team, he also served as president of Phi Beta Sigma Fraternity.

Launching his broadcast career in Norfolk, he later relocated to 92.3 K-ROCK in New York City in 1997. Meanwhile, his involvement continued at Norfolk State. For example, he served as the grand marshal of the 2013 Norfolk State homecoming parade. He delivered the keynote address at NSU’s 2015 fall commencement. At the time, Mason said in a press release, “Norfolk State University served as the launching ground for everything I have done in life.

The educational experience was second to none and the opportunities to provide service to the local community helped me to understand the importance of giving back. Mason, who launched and heads JAM Media Solutions, an advertising and marketing firm headquartered in Philadelphia, is also the national president of Phi Beta Sigma Fraternity. He is the associate minister of New Hope Baptist Church in East Orange, N.J., where he lives with his wife Dionis. They have two sons, Johnathan and Jackson.