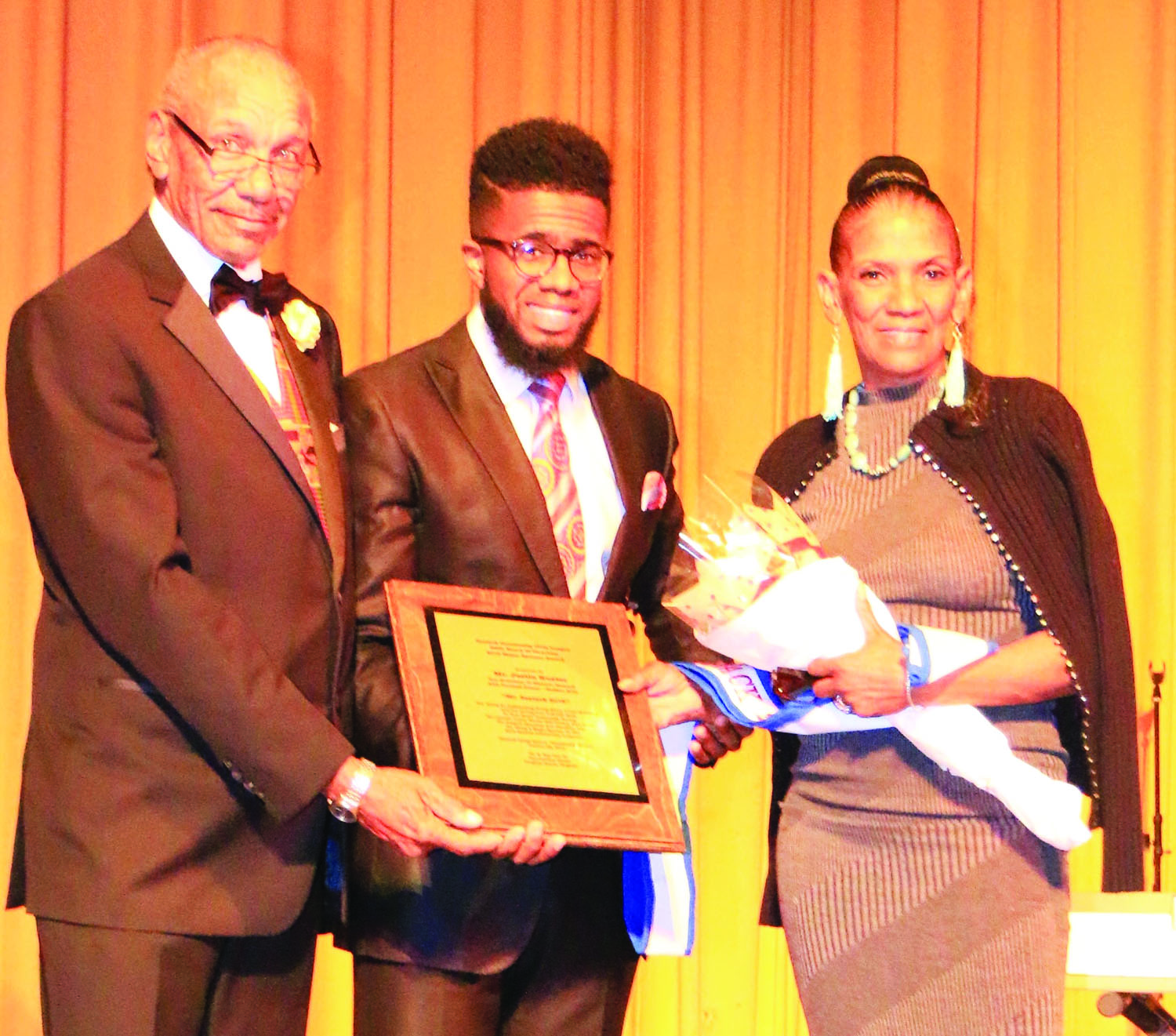 VIRGINIA BEACH
The Seatack Community Civic League honored one of its own, awarded scholarships and featured prominent guest speakers at its 200 Plus Image Awards and Scholarship Dinner on Saturday Oct. 29 at the Dr. E. Ray Cox, Sr. Convocation Center. The event theme was “Saving Our Youth.” The civic league chose Justin Hunter, native son and grandson of the historic Seatack community and currently wide receiver with the Buffalo Bills, as their “Mr. Seatack 2016.” Hunter, a graduate of Ocean Lakes High School, and second round draft pick, has been a major contributor to the Seatack Scholarships Awards. Several college scholarships were awarded. Justin’s mother, Ms. Gloria Hunter received his award.

Starr Armstrong of Clever Communities In Action was the Keynote Speaker. Other speakers were Rev. Gary McCollum, treasurer, and Dr. James Allen, President of the Virginia Beach Interdenominational Ministers Conference. Former Bills star, businessman and NFL Hall of Famer, Bruce Smith provided closing remarks. George Minns, Presiding Officer of the Seatack Community Civic League, said, “We are proud to honor Justin and have Bruce Smith, former Buffalo Bills great, joining us in this celebration. It means a lot to the young men of our community and the City of Virginia Beach to see the men of this caliber supporting the Seatack community.

Seatack, the oldest African-American community in the United States, got its name from the War of 1812 as British warships firing cannons inland from the sea were attacking, thus “Sea” “tack.” The community established one of the first schools for African-American children in 1908 at Mt. Olive Baptist Church. The first Black owned and operated fire department in the United States was established as the Seatack Volunteer Fire Department.