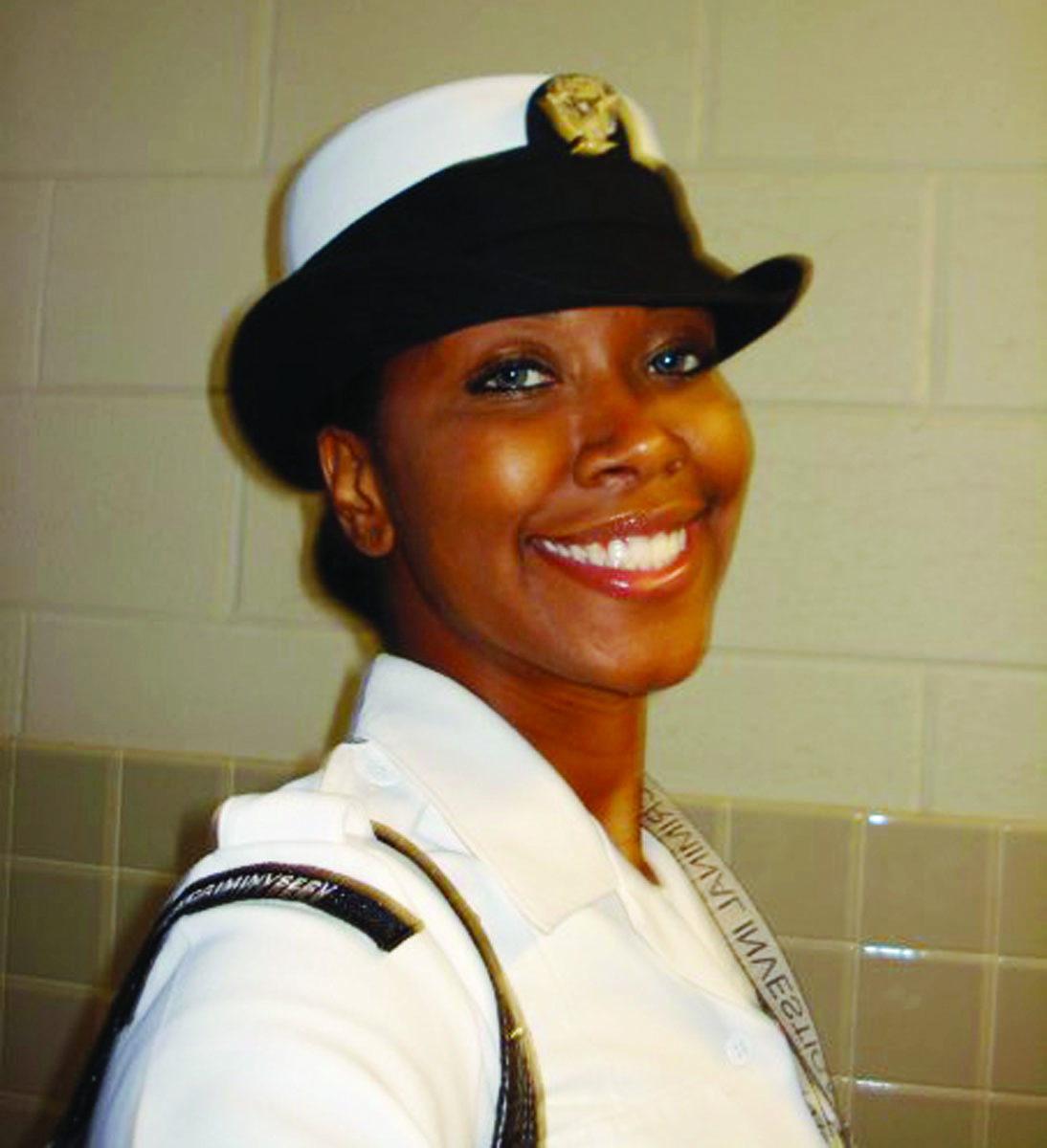 Kiana Montgomery says if her father didn’t take her and both brothers rowing when she was a young girl, she would not have joined the U.S. Navy.

“It was a long way for us kids to row back to shore at Newport News State Park, but I love the ocean,” the Virginia Beach native said. “So I had to be a Sailor.”

Today, Kiana, 37, uses her naval intelligence training to support the Army Chief of Staff, as a senior military analyst in the Pentagon. She looks for potential threats to U.S. interests in the Middle East.

While the 1999 Ocean Lakes High School graduate was the only member of her family to enlist in the Navy, Kiana comes from a long line of military veterans who proudly served their country, going back to World War II.

“One of my grandfathers was in the Army during World War II when the military was segregated, the other grandfather served in the Air Force during the Korean War when the services were desegregated.”

In 1948 President Harry Truman’s issued Executive Order 9981 which ordered the integration of U.S. armed forces, a major milestone in civil rights. The executive order meant Truman did not need congressional approval for the action.

Kiana’s father, Preston Sr. was an Army aviation mechanic and an uncle served as an Army medic in Vietnam. Her older brother, Preston Jr., is retiring as a Gunnery Sergeant after 20 years in the Marines, while her younger brother, Sterling is a Captain in the active Army Reserves.

“In our family, you were expected to go into the military. All of us served.” Her father said. “I’m glad she joined.”

“Kiana was and will always be my little girl,” her father said. “I went up to Great Lakes (Naval Station near Chicago) to see Kiana graduate from boot camp. I was so proud of her.”
“The Navy was a great experience for me both personally and professionally,” she said. “It changed me forever, it made me grow up.”

“I joined right after graduating high school, and while I was excited, I was real nervous too,” she recalls. “I was never really away from Virginia Beach. It was also a shock to sleep in open bay barracks with young women from all over the country, from all different backgrounds.”

But Kiana knew to be successful in boot camp and become a Sailor, she would have to overcome any challenges.

“Kiana has some wonderful qualities that helped her be successful, well-liked and respected by her shipmates,” said Chief Warrant Officer Four Bob Jordan, 58, who was her Navy boss and mentor aboard ship.

They teamed up on the USS Dwight D. Eisenhower, a nuclear-powered aircraft carrier and they remain friends today. “Her work ethic, dedication, connection to her family and spiritual persona drew others to her.”

Jordan is back on the “Ike” which is docked now in Norfolk and says he’s the oldest Sailor on the ship and has completed five “on the ground” tours in Afghanistan.

“I tried to instill selfless service, honor and purpose to the hundreds of Sailors I’ve mentored,” he said. “And Kiana was one of the best.”

But when she had personal issues and tough times, Kiana called home.

“My father was always there for me,” she recalls. “He calmed me down and gave me the best advice on how to move ahead.”

Another shipmate from the “Ike,” was Stephen Bird, 35, who has lived in Norfolk since 2001.

“We were both Petty Officers 2nd Class and we worked long and hard,” he said. “We knew our role was critical to the overall success of the mission.”

“All I can tell you is that Kiana is a natural leader. She was cool, calm and positive through the toughest times,” he said.

Talk about hard work, Kiana put in 16-18 hour days gathering data and providing it to jet pilots conducting air strikes from the flight deck of the “Ike,” in the Arabian Gulf.

If you ask her how she learned to deal with hard work and stress while keeping that beautiful smile, she’ll tell you, “I owe it all to the Navy and … my Dad.”