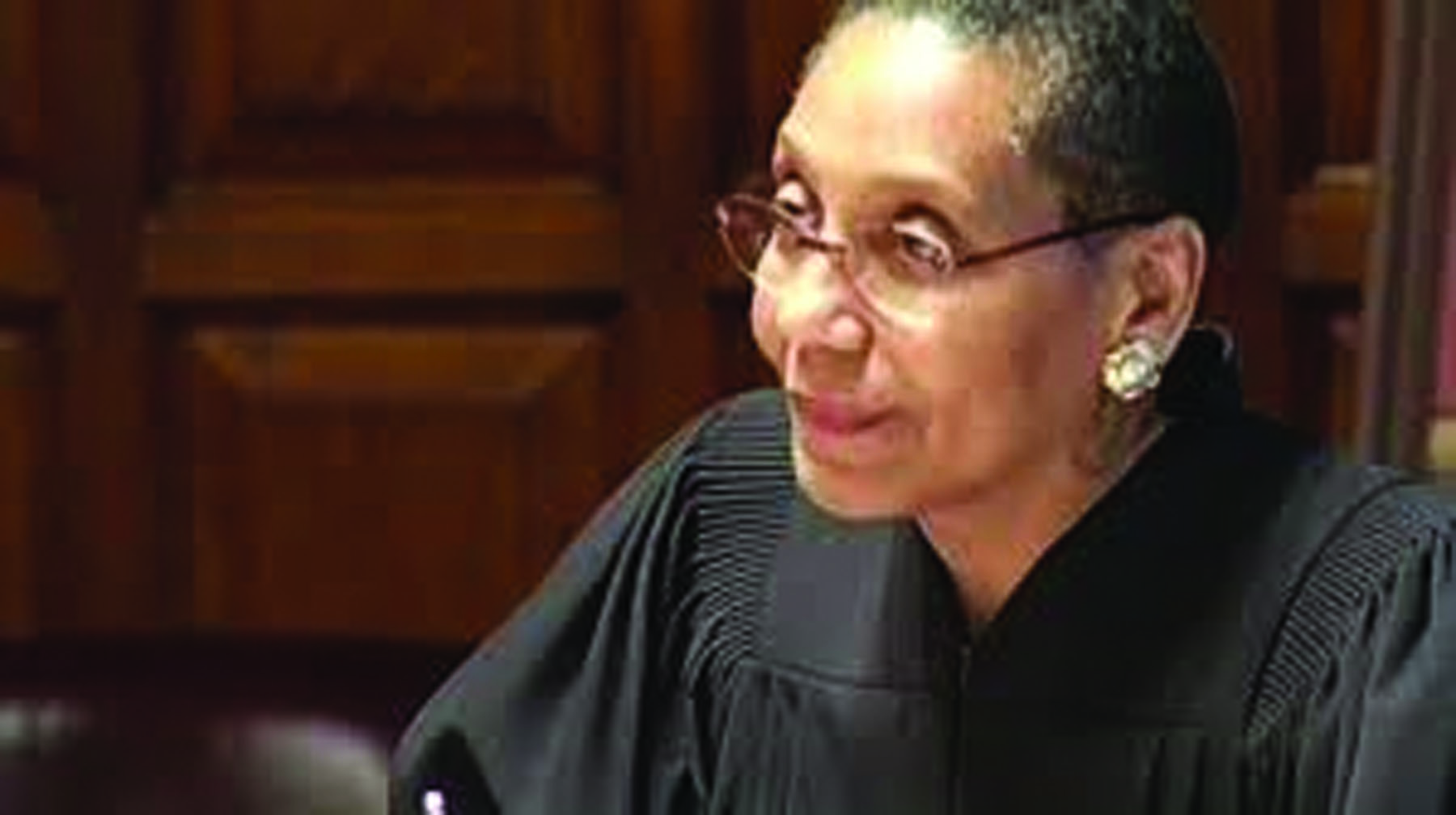 NEW YORK
New York City and other law enforcement officials are still seeking to piece together the cause of the reasons for the death of Judge Sheila Abdus-Salaam, whose body was found floating in the Hudson River last week.

As the investigation into her death continues, homicide has not been ruled out. The initial reason suggested was suicide, for there were no signs of trauma or other foul play after her body was pulled from the river on April 12.

Abdus-Salaam was the first Black woman to serve on New York State’s highest court. While it was widely reported that she was the first Muslim to be a member of the New York Court of Appeals, she never converted to Islam. Rather, she merely took her first husband’s Islamic surname, according to the Washington Post.

According to one law enforcement officials, Judge Abdus-Salaam called her Midtown Manhattan chambers on April 11 morning to say she would not be coming in because she was not feeling well.

When the judge failed to appear the following day, her assistant sent a text to her husband of eight months, who called 911 to report her missing a short time later. Her body was found that afternoon, floating in the river by the shore near West 132nd Street.

The judge was wearing a gray zippered sweater, Black sweatpants, a gray T-shirt and New Balance sneakers, the official said. She also had a white watch on her wrist and a MetroCard in her pocket. Investigators do not believe that she had been in the river long.

According to media reports, she was last seen leaving her office on Monday evening.

Investigators tracked her to the subway – the No. 6 line – at about 8 p.m., the official said. Investigators found the judge’s cellphone in her apartment, another official said, and the door had been locked with keys from the outside. Both officials spoke on the condition of anonymity because the investigation is continuing.

“She was a lovely, genteel lady,” Jonathan Lippman, a former chief judge of New York State, said. “We’re all just shocked. No one has any idea what happened.”

Her death has shocked many including her neighbor and friend Deborah Audate. In a recent interview in New York Daily News, Audate said, “Even though she was an appellate judge, which is a position of high authority, she was just an ordinary person on the block. She’s just very smart. She really was a very humble person. She’s very well respected on this block. I think we’re still stunned by it.”

But, New York Mayor Bill de Blasio suggested her death might be related to personal issues, in an interview in USA TODAY.

“Obviously, we’re still waiting for the full investigation but to the extent that the challenges and the stresses in her life contributed to this, it’s a reminder that even the most accomplished people still deal with extraordinary challenges inward, and we don’t get to see that,” de Blasio said. “And it is humbling. It’s a sad day, someone who got so far and was lost so soon.”

Abdus-Salaam, 65, who was the first African-American woman on the state’s highest court, in recent years lost her brother and mother, both around Easter, according to sources.

Her brother was troubled over the death of his mom, and shot himself with a handgun, the sources said.

Abdus-Salaam struggled with depression, according to family members who spoke with investigators.

“We don’t believe she was in the water the whole time,” Chief of Detectives Robert Boyce said. “We have a long way to go. We’ve spoken to many people in her family about her history.”

Police haven’t found a suicide note, but Abdus-Salaam had told a doctor she was stressed recently, law-enforcement sources said.

Abdus-Salaam was born in 1952 to a working-class family of seven children in Washington, D.C., where she attended public schools.

Her great-grand father was a slave in Virginia.

As a teenager, she was inspired to enter the legal profession after an encounter with civil rights attorney Frankie Muse Freeman, according to a 2013 news release from Seymour W. James Jr., attorney-in-charge of criminal practice of the Legal Aid Society in New York City.

She was elected to the Civil Court of the City of New York in 1991, before moving on to the Supreme Court of New York County in 1993. She was the first female judge in 1994, when she was appointed by the Governor.

Then, in March 2009, Gov. David A. Paterson appointed her an Associate Justice of the Appellate Division, First Department.

He was the state’s first Black Governor from 2008 to 2010, after Eliot Spitzer resigned for being involved in a prostitution scandal.

Abdus-Salaam graduated from Barnard College in 1974 and from Columbia Law School in 1977, and spent time working with indigent clients as a staff attorney at Brooklyn Legal Services. She also served as an assistant state attorney general.

Abdus-Salaam was married three times. Her second husband was James Hatcher. And she is survived by Jacobs, whom she married in 2016 and is a minister at the Episcopal Diocese of Newark.

This article was compiled from media reports by Leonard E. Colvin and Rosaland Tyler.