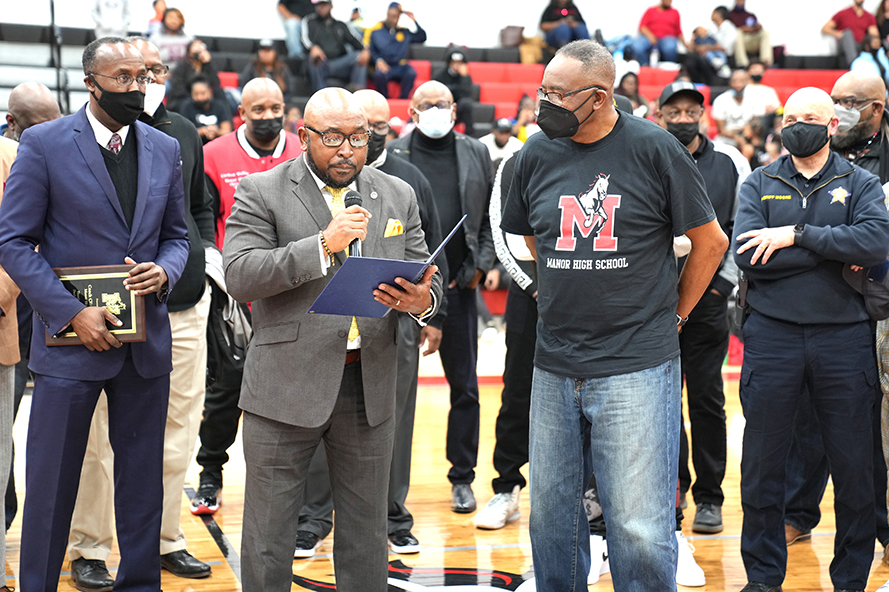 Joined by his former players, Coach Black thanked the Manor High community for being supportive of him over the years. The Manor High boys and girls basketball teams swept cross-town rival Norcom. The Manor boys scored a 97-41 victory, while the Manor girls defeated Norcom 63-23.

Formerly known as Woodrow Wilson High, the school was renamed Manor High in 2021.