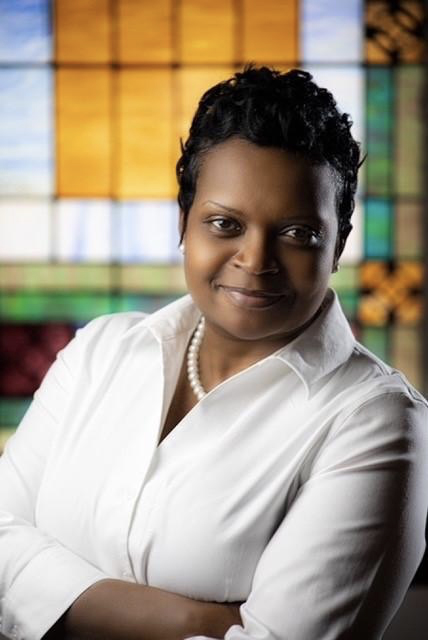 By B. Denise Hawkins

(TriceEdneyWire.com)
When Fayron Epps was growing up in New Orleans, Louisiana, worship services weren’t limited to Sundays. “I attended church every day of the week, with my grandmother. That’s just how it was,” she remembers. Inside those familiar four walls is where Epps recognized the power of the Black church.

For the community, it was a trusted source of information, she says. To the faithful, it was a haven and in hard times, a resource that members relied on for spiritual, emotional, social, and material support. And for the sick, it was the place they sought for healing. Today, as an award-winning nurse-scientist at Emory University’s Nell Hodgson Woodruff School of Nursing in Atlanta, Georgia, Epps is tapping into one of the African American community’s cornerstones — the church to help improve the quality of life of Black families impacted by dementia.

Disrupted by the Data

She was a doctoral student conducting a review of the literature on dementia when she first realized that older African Americans are twice as likely as non-Hispanic whites to develop Alzheimer’s, a type of brain disease and a common form of dementia.

“I was shocked. I just couldn’t believe it,” recalls Epps who specializes in gerontology, the study of aging. “I had to do something,” says Epps, who, at the time, was like the rest of her family and community “who were raised and taught that Alzheimer’s,” the common form of dementia, was a disease that only white people developed. Armed with the science and data, Epps, says she was determined to first educate herself and then help her family and those in her community in New Orleans to understand the truth about dementia’s disparate toll on African American families.

Although African Americans represent more than 20 percent of the 5.8 million Americans who have the disease, the statistics alone have not been enough to stoke widespread awareness author Marita Golden observed in her 2017 Washington Post magazine story about African Americans and Alzheimer’s. In the piece, she notes, “Rarely were people aware of the stunning prognosis for African Americans. And how could they be? No major public health campaign has rallied interest and action.”

The presence of stigma and shame also pose challenges to increasing awareness and action, adds Epps.

Thinking back, around her family’s kitchen table, there were conversations about what ailed Black bodies: things like “hypertension, diabetes, cancer, and even HIV/AIDS, but the topic of dementia went unspoken,” remembers Epps. Then, like now, she adds, stigma and shame—experienced by those with dementia and their families—is responsible for much of the silence that Golden referenced.

“We [African Americans] are such a hush-hush community,” says Epps, who since 2017, has focused on breaking that silence. She is conducting faith-based research, education, and spreading dementia and brain health awareness in the African American community. Together with a team of staff and students, those efforts are housed under the umbrella Faith Village Research Lab, “because it takes a village.”

Caregivers, those living with dementia, educators, and faith and community leaders are among those who make up Epps’ advisory board—and village that keeps her informed “about what those in the community need” on their journey with dementia.

Today, she’s working on faith-based research projects that are funded by NIH, the Alzheimer’s Association, and other federal and private funders. Central to that work are ways that African Americans living with dementia and their caregivers can draw on their own faith practices, spirituality, and religious beliefs to cope with an incurable disease that impacts them twice as much as other groups.

“I want to show how important religion and faith-based traditions are in the lives of Black families living with dementia,” says Epps of her research and work she calls “her ministry.”

The literature,” she says, “supports the significance of religiosity as a protective factor to promote well-being for Black families facing dementia.”

Working with faith leaders, Epps and her team developed pilot online worship services for those unable to physically attend church.

Each of the online services is about 10 minutes long, has a central theme, offers live music and old, familiar hymns, a sermon, and on selected Sundays, communion may be celebrated—all features that have made worship convenient and enjoyable for 56-year-old Kim Reid who was diagnosed with early-onset Alzheimer’s at age 50. She and Robert Reid, her husband, and care partner, enrolled in the study around the time their Georgia church ceased operating because of the pandemic and organizational changes.

Says Robert Reid: “The beautiful thing about the Word is that it is in us. We are able to pull on it for stability and comfort during everything thing we are going through.”

To read the entire article, see New Journal and Guide, February 10-16, 2022.
This is the first in an occasional series of stories by B. Denise Hawkins on aging and African Americans living with dementia.