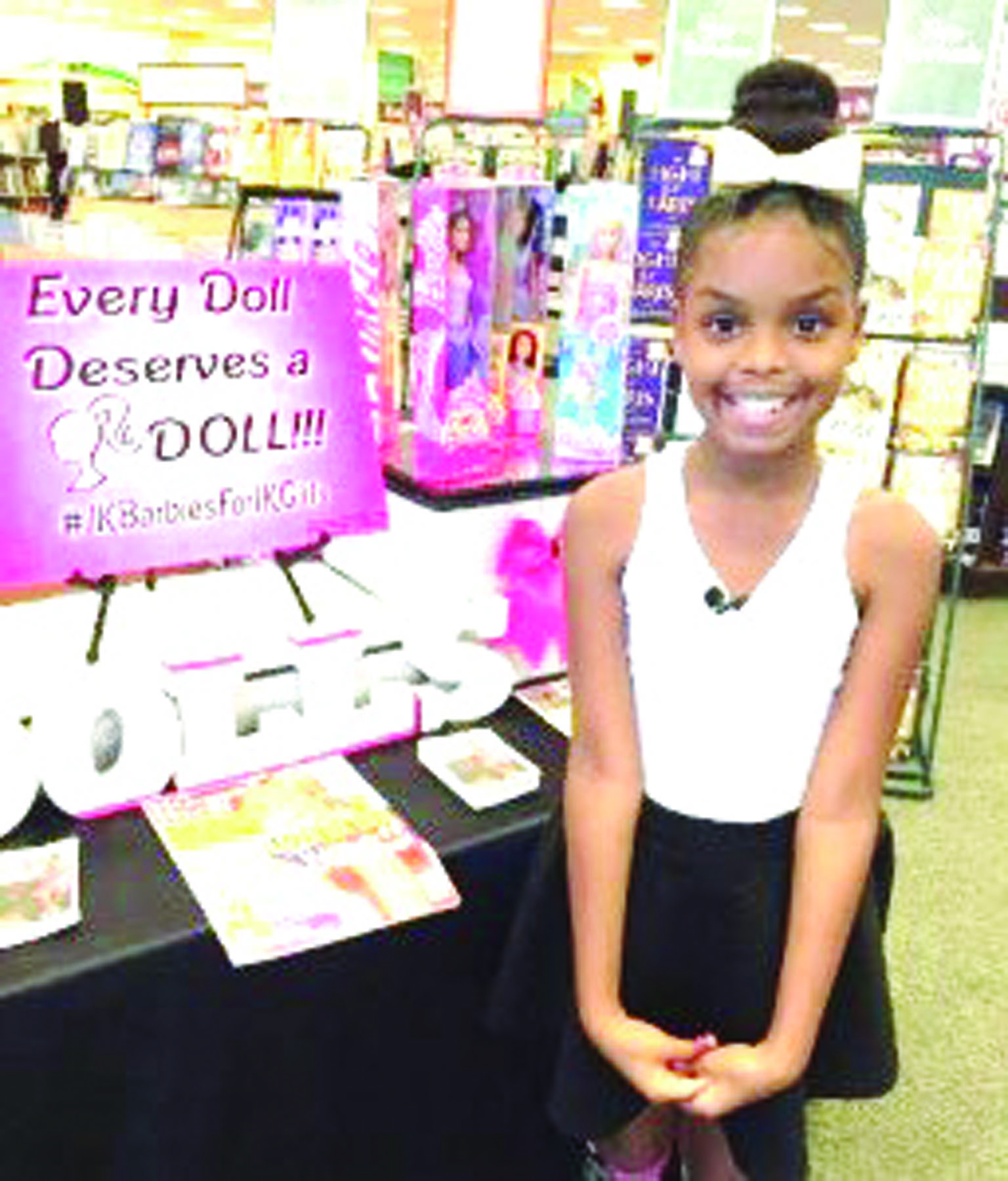 During the event, guest speakers, children’s activities, and performances by children will take place, while dolls are being solicited to give away to 10,000 girls.

The 10-year-old founder of the organization, Gianni Graham, will begin distributing the dolls on the East Coast once her goal is met.

Gianni is from Norfolk and founded the organization Dolls for Dolls Inc. in 2016 as a result of a new year’s resolution. She decided to use the foundation to collect Barbie dolls to be distributed to less fortunate homeless girls around the world. She is aided in distributing the dolls by social service agencies and homeless shelters nationwide.

The vision for Dolls For Dolls came about a few days after Christmas, while Gianni was playing with her Barbie dolls and putting her Barbie house together. She went to her mom and said, “Mom, I want to give Barbies to little girls who don’t have homes because I want them to know that they are pretty and loved. I also want to write letters to encourage and inspire them.”

Gianni explained to her mom that the Barbie doll can be a friend to the young girls when they feel that they have no one to talk to about the situations they face living in shelters.
Gianni’s original goal was to donate dolls within the Hampton Roads area of Virginia.

However, her vision has grown to donating to little girls all around the world due to the overwhelming response in support of her vision.

The Dolls for Dolls Inc. story has been viewed by millions of people via the internet. She has received National and Global recognition from the T.D. Jakes Talk Show, HLN, Good Morning America, Inside Edition, The Roots, ABC News, The Huffington Post, and a Woman’s World Magazine feature that was published in the July 2016 issue. She has even received support from the United States Navy, whose members collected Barbies on her behalf for her to distribute.

Gianni personally delivers the dolls to the shelters and each doll comes with a handwritten note of encouragement. She has exceeded the goal of collecting 5,000 plus Barbies and embraces her never ending goal of being able to help as many little girls as possible. She has received Barbies, wrapping paper, ribbon, tape and scissors donated from all over the world due to her global media coverage. Her mission has also caused toy stores across America to sell out of Barbie dolls due to the high level of support.

Dolls For Dolls Inc. launched publicly as a 501 (c) (3) in the later part of 2016. The organization’s present day agenda includes the Campaign Kickoff in August 2017 with Gianni’s new goal which is 10,000 Barbies that she wishes to collect and travel across the country to hand-deliver them to partnering shelters.

While on her Impact “The World” tour, she also plans to offer empowerment speeches to youth nationwide. The organization also plans to open a Dollhouse Learning Center offering a summer and after school program for young aspiring entrepreneurs and philanthropists.

With the new and expanded vision, she is now soliciting the efforts of all local, national and global media outlets to commit to help her raise awareness about her goals for the purpose of helping to fulfill her mission.