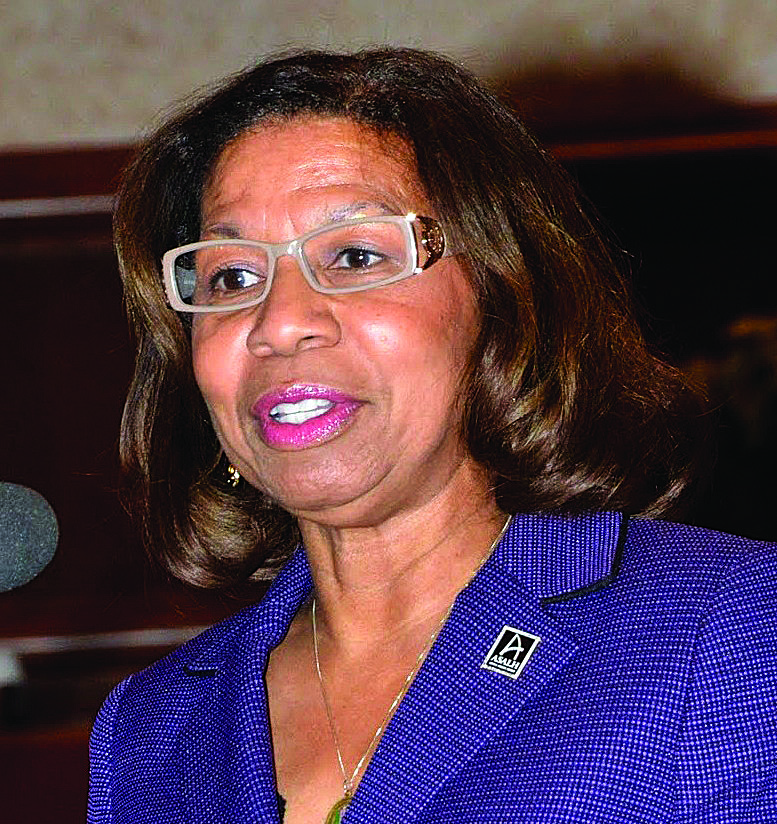 (TriceEdneyWire.com)
Thousands of priceless relics, artifacts and Black historic sites around the U. S. have been destroyed by accident, negligence or intention.
This is the reason that the Association for the Study of African-American Life and History (ASALH) is calling for African-Americans and others to pay homage to those “Hallowed Grounds” of Black history during the entire year of 2016 – beyond Black History Month.

“There are a number of communities that have been completely eradicated off the map due to urban renewal, etc. There were places where Black people had thriving communities; that when change came they were completely just annihilated. We need to remember those sites,” says Sylvia Cyrus, executive director of ASALH, the 101-year-old organization founded by the “Father of Black History,” Dr. Carter G. Woodson.

“We want to encourage people to find these sites and do something to support them and to increase the profile for them so that we can continue to show America and the world that African-Americans have made significant contributions and there are places that we can go that have significant importance to our history and to American history.”

Under the Black History Month theme, “Hallowed Grounds: Sites of African-American Memories,” Cyrus says ASALH is joining in support with the National Park Service (NPS) to encourage people across the U. S. to visit the approximately 400 federally designated historic sites in commemoration of the NPS’s 100th anniversary this year.
“We are a spiritual people. And there’s no way in many of these instances that we can tell our story were it not for how hallowed these places are,” Cyrus says. “If you look at Annapolis, Maryland, the place where African slave ships came in. I mean that’s holy ground for us. You have to understand why that should be important to you, how that speaks to your soul, how that speaks to who we are as a people.”

However, Cyrus confirmed that only 25 of the 400 NPS-designated sites pertain specifically to Black history. Within, NPS, these 25 sites are called the African-American Experience Fund. There are efforts to add more, but she said budget shortfalls have made that difficult.

“The reality is that with the federal budget being what it is today that the National Park Service cannot even maintain the sites that they have now,” she says. “So, we know that the reality is we cannot depend upon the federal government to identify and support these sites. We have got to be able to do this through our own communities, through our states; through organizations like ASALH and walking tours and local history so that people know about these sites.”

Many historic sites and artifacts are privately owned, kept in Black families, or entrenched in communities, she points out. They may include places like a church in a local community; a place where a race riot started, or the site of some local activity that dealt with civil rights or education.

“We are charging Americans to look – not just nationally at these sites – but in your own communities; to start a dialog about places of importance that have impacted African-American Life and History.”
Robert G. “Bob” Stanton, who was the first African-American appointed as NPS director, has been credited with the growth of the NPS-designated Black history sites. The number of sites increased as well as their prominence and care during his four-year tenure between 1997 and 2001. Appointed by President Bill Clinton, Stanton established the African-American Experience Fund for that purpose.

“There are certainly more sites that need to be recognized,” says Cyrus. “We work every year to bring more on board.”
But, for now, the following are the 25 federally designated historic sites and state locations in alphabetical order:

“Our intent is to engage our community to certainly seek out hallowed grounds, visit them, support them, talk about them and share the history,” Cyrus says.
“It’s only when we talk about this, only when we identify it that our history is not forgotten. Because we have already lost so much history, we don’t want to lose anything else.”