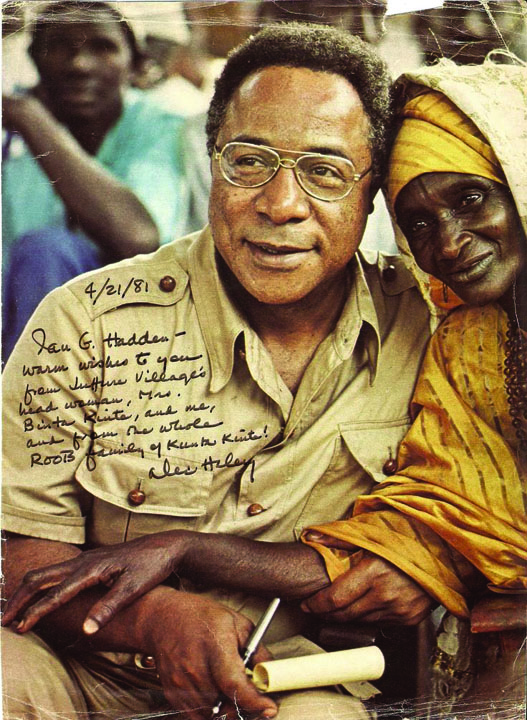 If you recently filed past a coffin, the person in it likely probably died from heart disease, cancer, chronic lower respiratory disease, an accident, a stroke or any their consequences.

Blacks typically die from five major killers, according to the Centers for Disease Control. So thousands, hundreds, or only a handful of mourners may file past the coffin. But the person in the coffin probably died from one of the five major killers.

For example, Alex Haley died of a heart attack at age 70 on Feb. 10, 1992. Isaac Hayes died of hypertension at age 65 on Aug. 10, 2008. Bernie Mac died from pneumonia at age 50 in 2008. Meanwhile, Barry White was waiting to have a kidney transplant in 2003, when he died at age 58 from numerous health problems including kidney failure and stroke. The Rev. Dr. Martin L. King Jr. died at age 39 in 1968 from a single bullet shot that caused severe wounds to the lower right side of his face, according to documents from The King Center.

But who has said these five major killers are sacred? To examine the 2016 Black History Month theme: Hallowed Grounds: Sites of African-American Memories, the New Journal and Guide flipped the question and asked the Rev. Dr. Kirk Houston to list three major killers.

“And where people lack values that provide a sense of what is right or wrong – just or unjust – then the behavior is being driven by the lack thereof or something else,” Houston said.
“If I were asked what is killing us, I would say it is the moral conscience,” Houston said. “Once there was a shared sense of what was right, wrong, appropriate and inappropriate. We were raised in a village where people in the village reinforced certain values. A neighbor or a community member corrected you.”

“These were guiding principles,” Houston said. “Now what is right for me is situational. And situational ethics is destroying the fabric of our community. We can no longer agree on what is right and wrong or bad and good.”
Houston ranked unfair treatment at No. 2. “It is a killer because it leaves a sector of our society to fend for themselves without equal resources and opportunities to thrive and flourish.”

“I say that because when you have underfunded schools and overfunded jails and prisons, then the poor and minorities are disproportionately impacted by that,” Houston said.
“I think the disintegration of the family is No. 3. When we see families that are broken and fragmented, and all that a child should be able to depend on is lacking – children grow up lacking something (guidance, direction, lack of self-identity).”

Sort through several prominent obituaries, and notice how Houston’s observations and CDC statistics frequently surface. For example, Alex Haley married Nannie Branch in 1941, and they remained married for 13 years before divorcing in 1954. That same year, he married Juliette Collins; they split in 1972. He later married Myra Lewis, to whom he remained married for the duration of his life. Haley had three children, a son and two daughters.
Haley said he worked 16-hour days for about $2,000 a year, surviving on nothing but canned sardines for weeks at a time before he became successful as a freelance writer. Success surfaced after he interviewed Malcolm X for Playboy and wrote a book on him.

Later, while he was researching Roots, he said, “I asked myself, what right had I to be sitting in a carpeted high-rise apartment writing about what it was like in the hold of a slave ship?”
In an attempt to answer this question, he booked passage on a ship from Liberia to America and spent his nights lying on a board in the hold of the ship in nothing but his underwear.

When Haley finally published Roots in 1976 – part fictionalized novel, part richly detailed historical account – the book caused a national sensation. According to the LA Times, Haley left behind assets worth millions of dollars, including at least nine homes.
Meanwhile, Isaac Hayes was married four times and fathered 12 children. According to his obituary in The New York Times, “Adjowa (his wife) found him collapsed near a treadmill at their home in Cordova, an eastern suburb of Memphis.”

Hayes was recovering from a stroke when he passed. Born Aug. 20, 1942, in a tin shack in rural Covington, Tenn., to a mother who died early and a father who left home, Hayes was raised largely by his grandparents, and worked in cotton fields while going to school.

News reports say Hayes had a net worth of $12 million. He was a composer, singer, and producer.
Bernie Mac, meanwhile, was married from 1977–2008 to his wife, Rhonda McCullough. Mac who died in 2008 was raised on the South Side of Chicago by his single mother, Mary, who died of cancer when he was 16 years old in his sophomore year of high school.

Mac was admitted to the hospital after a week of unsuccessful medical treatment. He went into cardiac arrest, and died on Aug. 9 from complications from pneumonia. He had suffered from sarcoidosis, a disease that causes inflammation in tissues. Sarcoidosis frequently attacked his lungs. Nearly 7,000 people attended his funeral at the House of Hope Church.
When he passed, Mac’s estate was worth an estimated net worth of $90 million.