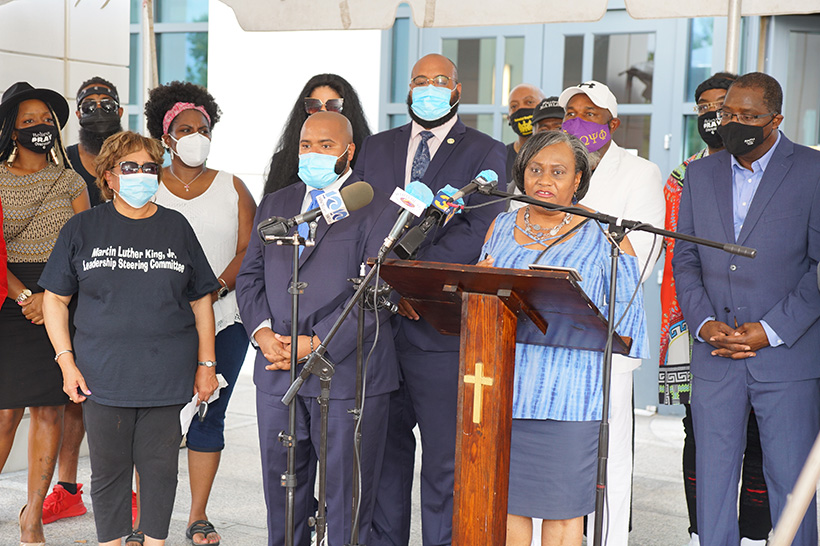 outage at felony charges brought by the Portsmouth Police Department against State Senator Louise Lucas and other citizens for the vandalization of the Confederate monument in downtown Portsmouth on June 10.

Sen. Lucas, Portsmouth NAACP leaders James Boyd and Louie Gibbs and Portsmouth School Board member Lakeesha “Klu” Atkinson, among others, are charged with conspiracy to commit a felony and injury to a monument in excess of $1,000.

During that rally, Councilwoman Lisa Lucas-Burke and other Black leaders issued a call for the resignation of Police Chief Angela Greene. Greene, in an unusual twist, went directly to the magistrate to ask for the felony charges, bypassing Portsmouth Commonwealth’s Attorney Stephanie Morales’ office. Greene has said a discussion with Morales’ office “did not yield any action.”

Now, a Portsmouth citizen has filed a claim of two misdemeanor charges against Burke.

The citizen claims that since Burke is a member of council, she violated the city charter when she called for

But Burke, who is the daughter of the Senator, said she was only expressing her opinion as a citizen, not

as a member of council. She said she will be going to

court, as will her mother on September 2.

When the GUIDE contacted her on August 24, Burke said she has hired Norfolk Attorney Joseph

Lindsey to represent her during the hearing. If she is found guilty she could be removed from her post on council.

The Confederate monument on Court Street in downtown Portsmouth was vandalized on June 10 following the arrests of Portsmouth branch NAACP President James Boyd and Vice-President Louie Gibbs on trespassing charges at the monument. The NAACP leaders were leading a peaceful demonstration at the monument when they were ordered by police to leave the monument area.

When they refused, they were arrested and taken to the magistrate. They were released an hour later. Protesters spray painted “BLM” and other graffiti on the monument.

Later that evening, as protesters took down pieces of the statue, a man, Chris Green, was severely injured after being hit by the falling statue.

A summary statement by the Portsmouth Police Department, claims that Sen. Lucas, who arrived at the monument after the arrest of the NAACP leaders, instigated the vandalism and encouraged the disorder. She has denied those charges. She is being represented by Attorney Don Scott, also a member of the Virginia House of Delegates.

Follow us
In this article:Felony Charges, Lucas’ Supporters, Rally To Oppose 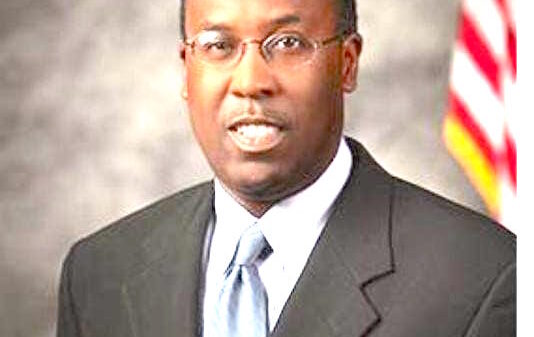 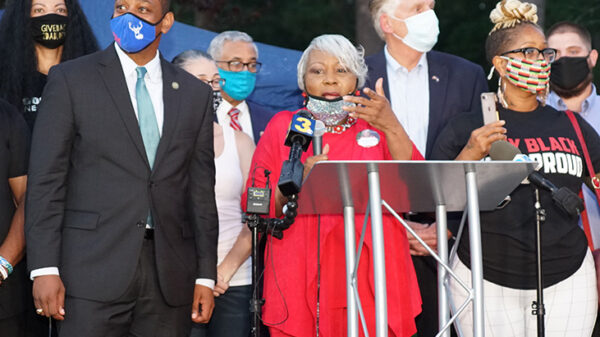