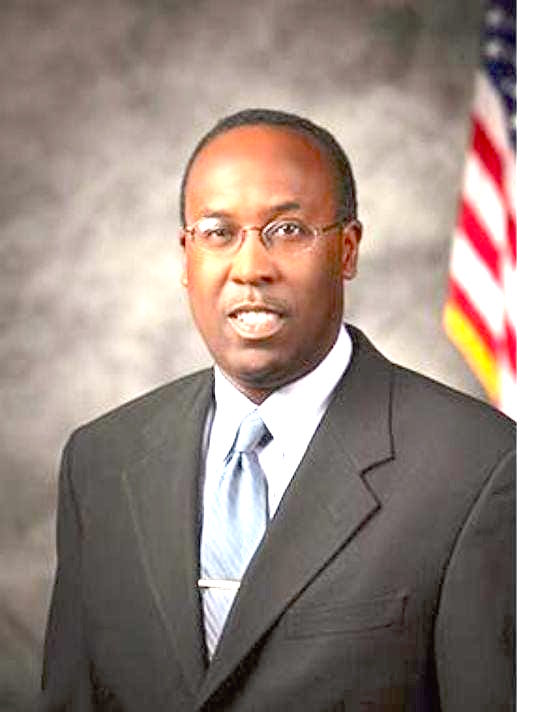 “Injustice anywhere is a threat to justice everywhere,” Dr. Martin Luther King, Jr., wrote in April of 1963 as he sat in the Birmingham City jail chiding white religious leaders for not fully supporting the civil rights efforts in that city.

Five decades later, a Grand Jury indicted only one of the officers involved in the raid where Breonna Taylor was killed by Louisville police who raided her home looking for a man who was not in the residence.

But an anonymous juror on that panel has challenged whether justice for Taylor was served, given the way the prosecutors ran the grand jury and the type of evidence and instructions jurors were given.

Kentucky AG Daniel Cameron was forced by a judge to release recordings which reveal, in fact, he did not give the jury an option to consider homicide against any of the officers.

Also, these recordings focus on testimony and evidence that was presented to the jurors — but it does not document any of the guidance or statements that prosecutors gave to the grand jury.

San Aguiar, the attorney for Taylor’s family, stated the members of the Grand Jury “were stonewalled every step of the way by a prosecution team that had

a predetermined outcome and a disingenuous agenda.”

An investigation by the New Journal and Guide questions if similar missteps may have contributed to Dr. Mark Whitaker of Portsmouth being wrongfully indicted in 2018 as he claims.

Whitaker, a former City Councilman, was removed from his seat on council following a case against him that he says should never have gone to trial. He is on the 2020 ballot in Portsmouth hoping voters will return him to a new term on the city council.

The last time Whitaker was on the Portsmouth ballot, he was seeking a second term on the City Council in November 2018 after being indicted in the spring of 2017 and convicted in July 2018, both wrongfully, he said.

Prosecutors alleged that he forged the names on loan documents of New Bethel Federal Credit Union; even though there were never any victims, none of the persons ever filed a criminal complaint, and Whitaker

never benefited. He was initially charged with 20 counts of forgery, uttering checks, and identity theft, but a judge dismissed 17 charges because the prosecution failed to present any evidence that Whitaker had

After a trial in July 2018, he was found guilty of the remaining three charges; even though the defendant said, “Whitaker did nothing wrong.”

In September 2018, a jury recommended a $2,500 fine for each of the three felony convictions and a judge sentenced him to pay $7,500 and no jail time.

Although he appealed the conviction, by Virginia law, he was suspended from his City Council seat, but his name remained on the ballot. He received significant support from the voters, but he lost the election; the community still had confidence

in him. However, because of the conviction, his employment as a Tenured Associate Professor was terminated after 20 years at Hampton University.

Portsmouth has a majority African American population. While on City Council, Whitaker established himself as a powerful voice speaking

He said this caused him to be a victim of the white power structure’s tactic of weaponizing the criminal justice system against strong Black leaders.

Portsmouth Police filed felony charges against State Senator Louise Lucas and 18 others including a Black school board member and officers of the Portsmouth NAACP Branch regarding vandalization on June 10 of the Portsmouth Confederate Monument.

Furthermore, Vice-Mayor, Lisa Lucas-Burke, an African American who is also running to hold her seat,

was charged with a criminal misdemeanor by a local magistrate after a private citizen filed a complaint alleging Lucas-Burke violated the city charter when she called for the termination of the Suspended Chief of Police.

Whitaker said his criminal investigation and prosecution were part of an orchestrated effort to attempt to destroy his career and silence the voice of a strong Black leader.

Dr. Whitaker is the Assistant Pastor of New Bethel Baptist Church in the Cavalier Manor neighborhood of Portsmouth, where his father, Bishop James Whitaker has served as Pastor for 56 years.

The junior Whitaker said both have been strong voices speaking against white supremacy while unapologetically preaching and proclaiming a Black Liberation theology.

In 2005, New Bethel Development, LLC purchased the former Bona Villa Apartment complex, a dilapidated and drug-infested 13-acre site located beside the church. The project represented a major economic development improvement for the predominantly African American neighborhood of Cavalier Manor, as well as, the City of Portsmouth.

Whitaker said a Black church developing its neighborhood challenged the “good old boy” system and placed him in the crosshairs of the white power structure.

In 2016-17, the Portsmouth Sheriff’s Department, under the leadership of former Sheriff Bill Watson,

Department to increase its diversity in hiring more African Americans.

In retaliation, members of the Portsmouth Sheriff’s Department, under the leadership of Bill Watson, approached Portsmouth Commonwealth’s Attorney, Stephanie Morales, to pursue criminal charges against Whitaker. This was after the Portsmouth Police, the Virginia State Police, and the FBI had refused to investigate him, said Whitaker.

In January 2017, Morales recused herself and petitioned the Portsmouth Circuit Court to appoint a Special Prosecutor. Circuit Court Judge Billy Moore agreed and appointed Ross Spicer of Frederick County as the Special Prosecutor to review the case file. Spicer assigned the case to his Deputy Commonwealth’s Attorney, Andrew Robbins, who formerly worked in

On March 23, 2017, Spicer petitioned Judge Moore to impanel a Special Grand Jury and requested that Captain Lee Cherry and Investigator Brett Johnson be appointed to assist the Special Grand Jury, even though, neither of them had previous experience in

investigating a case of this nature, said Whitaker.

Although the Special Prosecutor was not from Portsmouth, Captain Lee Cherry and investigator Brett Johnson were employees of the Portsmouth Sheriff’s Department. Special Grand Juries are supposed to

Almost two years before the impaneling of the Special Grand Jury and while investigating Whitaker, Cherry appeared before the Portsmouth City Council in October 2015 and spoke against Whitaker, the

Sheriff’s Departments across Virginia do not normally investigate churches and financial matters. Sheriffs are responsible for managing the local jail.

NEXT: The Case Used To Indict Former Councilman Mark Whitaker.

Follow us
In this article:Felony Charges, Jury, Portsmouth, Whitaker