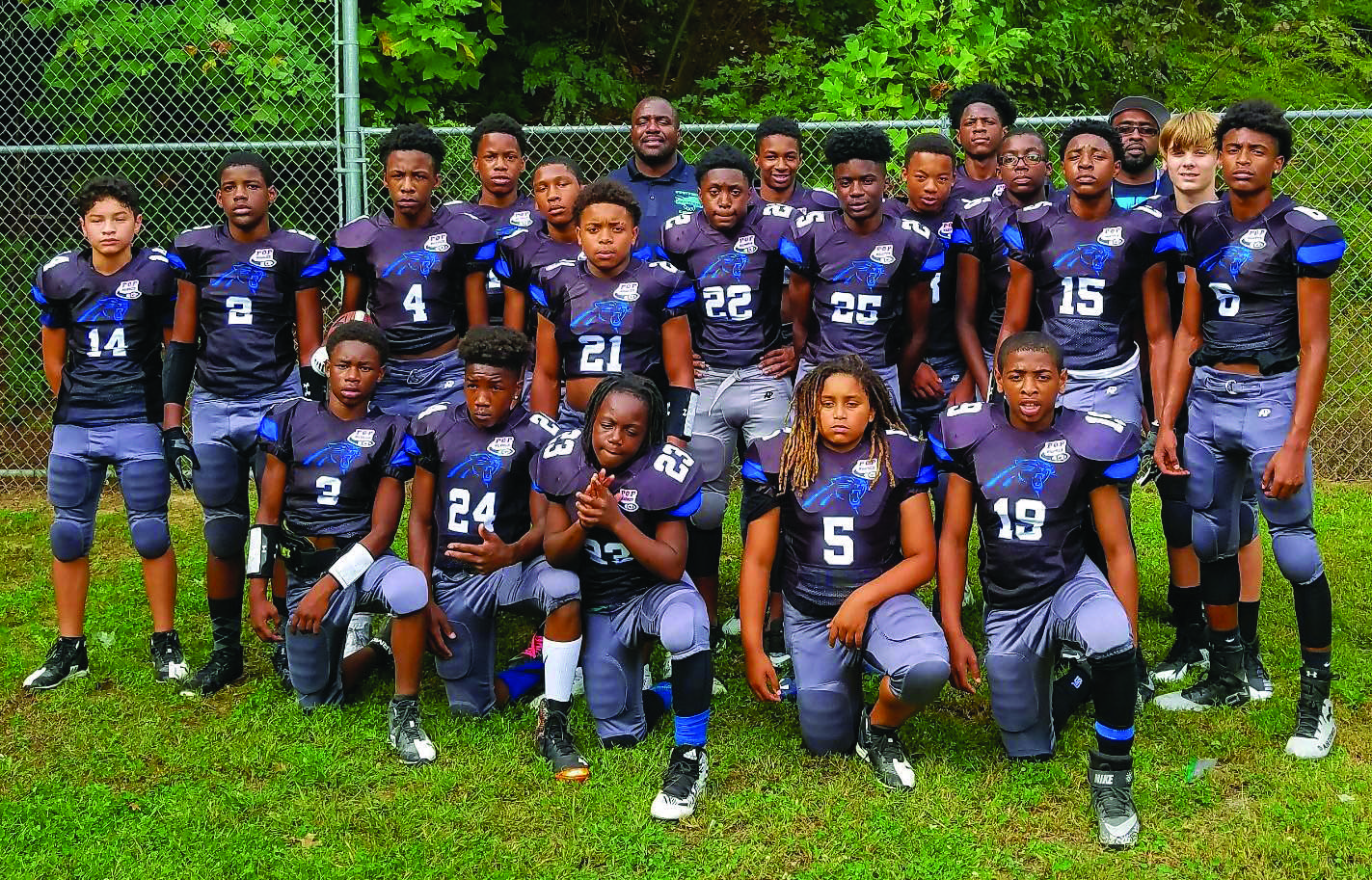 The NFL’s Super Bowl is over three months and many regular and playoff games away. But the tournament to determine who will play in the Super Bowl of Pop Warner Football is set for December 9 in Orlando, Florida.

So across the country, teams of 12 to 14-year-old boys playing in the various Pop Warner football leagues are gearing up for championship runs, too.

In Hampton Roads, the Inner City Panthers are just one more post-season, regional game away from the big show.

The first game of the national championship tourney which will be held December 2 with a playoff match against a now unknown foe. Then on December 9, the Pop Warner Super Bowl will be held.

On November 25, at a site yet to be determined in Virginia Beach, the Panthers will face the champions of “The Carolinas,” the South Charlotte Patriots.

If the Panthers should win this match, they will be on their way to Florida, according to head Coach Tom Colton.

But apart from preparing his team for the next contests, Colston, his assistant coaches and the parents of the team will have to generate the $20,000 to pay for the transportation in the form of a 45-seat bus, lodging and other expenses for the 23-member team and coaches to stay in Orlando.

The team will use the traditional fundraising efforts such as the sale of boxes of doughnuts, seeking donations via a patrons list and raffling off gifts, as well as soliciting donations from area churches and other generous folk.

Colston said he has coached a team that participated in the Super Bowl Games before and lost. But he believes his current team will win it all come early December.

The team is officially called the Portsmouth Inner City Panthers. But the squad is a combination of youths and adult resources from Suffolk and Portsmouth.

According to Colston, the Suffolk organizers of an inner city Pop Warner team only had seven players and in Portsmouth he had 13. So the units merged forces and battled to a 8-1 season.

Colston said that coaches and supporters of the two teams provided transportation to and from practices.

On occasion because it was the mid-point, the teams practiced in the Churchland section of Portsmouth.

All of the players must have at least a 2.0 Grade Point Average (GPA) to participate in the league. To assure they maintain their academic standing, they participate in mandatory study halls sessions twice a week.

The coach said that people interested in donating to the cause may go to www.gofundme.com/portsmouth-panther-jv-team.