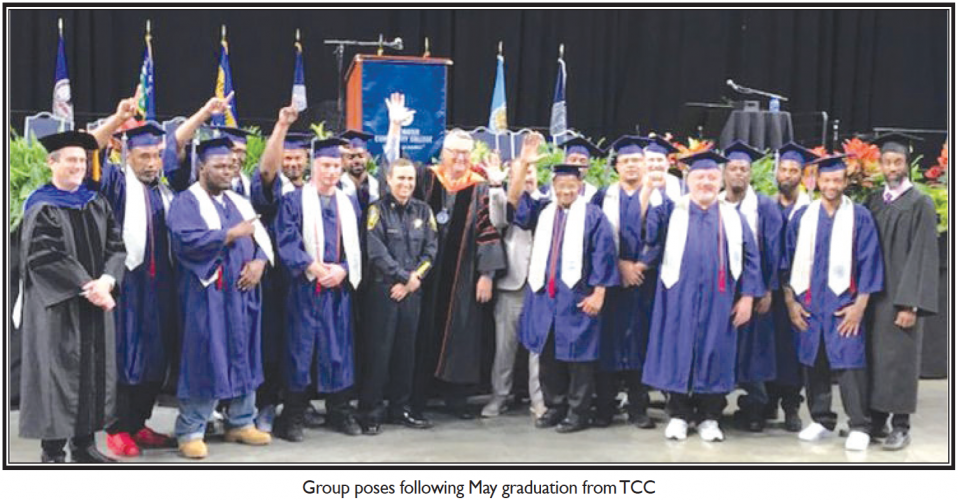 A community partnership between the Norfolk City Jail and Priority Toyota Chesapeake has earned lasting dividends for both a group of former inmates and the dealership’s owner.

Launched in 2018 with the Norfolk Sheriff’s Department and Tidewater Community College, the Priority Inmate Technician Training Program began to train non-violent Norfolk City Jail inmates as auto technicians while they are still incarcerated. After completing a rigorous program, the trainees are hired as full-time Priority technicians with full benefits. Officials believe that by helping the inmates re-enter society with tangible trade skills, they can help reduce chronic jail recidivism while helping Priority meet a critical need for highly trained automotive technicians.

On May 15, fourteen of the initial 15 trainees in the innovative program completed the Priority Toyota program and graduated from Tidewater Community College alongside more than 1000 other TCC students. They all began working as full-time Priority employees, receiving the same benefits as any other full-time Priority employee. The participants also have the opportunity to continue their education, earn new certifications and even earn an associate’s degree from TCC.

For its participation, Priority Toyota Chesapeake recently was awarded the prestigious ‘Best in Town’ award winner for 2019 by Toyota Motor Corporation.

The award, established in 2014 by Toyota Motor Corporation President Akio Toyoda, is presented to just one United States Toyota dealership each year. Priority Toyota Chesapeake was selected for the award by the nation’s local dealerships during Toyota’s recent National Dealer Meeting.

Along with other nominees, Priority Toyota Chesapeake submitted a special video about the program, which was played during the meeting.

“To be the only Toyota dealership in the nation selected to receive this award is truly a great honor,” said Priority Automotive Owner and President Dennis Elmer. “Our company is proud of these men, and proud of this program’s ability to help them make a difference in their lives. This award is a win for them, too, along with our entire community.”

Norfolk Sheriff Joe Baron said, “The goal of the Norfolk Sheriff’s Office is to make a difference in the lives of others. Helping inmates gain an education and land employment before being released not only sets them up for success, but fills a need within one of our local industries. We are proud to participate in this program and thank Priority Automotive, Dennis Elmer, and TCC for their partnerships.”

Terrance Lee, one of the program participants, said, “It’s been a while since I’ve really had a nice stable job, being a convicted felon and coming from the prison system. Getting this opportunity with Priority and Dennis Elmer, it helps a lot of us to get back into society as people with a purpose.”

Lee says he thoroughly enjoyed the program. “I got up every day looking forward.” Now he says he has more than a job. “Not just a job, a career.”

Lee’s family, like families of many other program participants, were in attendance for the May graduation program.

“Oh, man, I might start crying tonight. I actually might cry,” Lee said then. “The struggle is over now, but I’m here. I’m here where I’m supposed to be.”

Elmer said, “I want to emphasize that this was a total team effort by many people, including Governor Ralph Northam, Norfolk Mayor Kenny Alexander, Sheriff Joe Baron and the incredible staff at Tidewater Community College. This was not just a Priority Toyota program but a community wide effort.”

The Norfolk Sheriff’s Office is already in the process of selecting the next group of student-inmates to participate in the program.