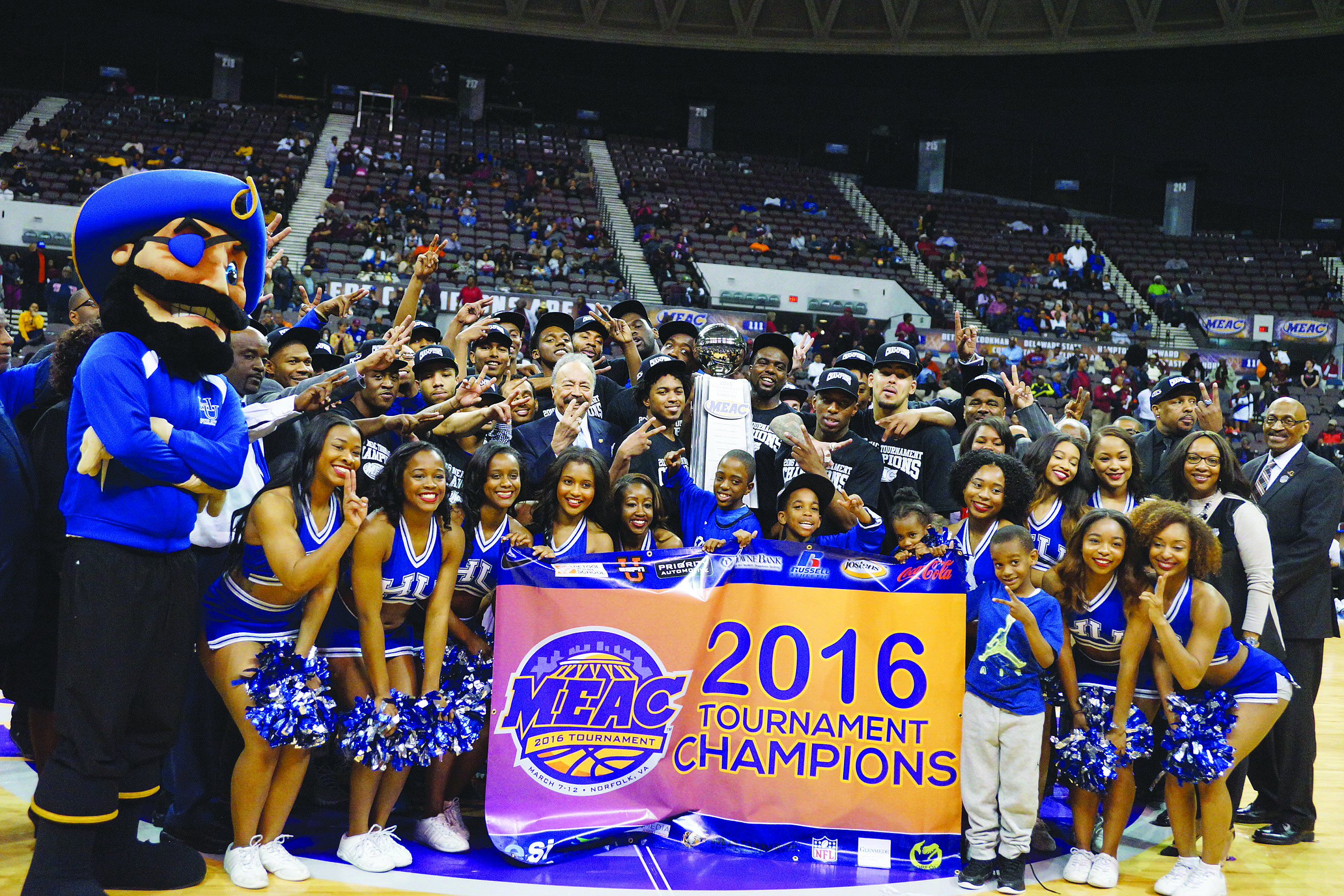 NORFOLK
The Hampton University Pirates men’s basketball team captured its second consecutive MEAC basketball title with a 81-69 win over South Carolina State at the Scope on Saturday (March 12). The Pirates were led by Brian Darden, who scored 22-points, and Reginald Johnson, Jr., who added 21-points and was named the tournament’s outstanding performer.
HU coach Edward Joyner was named the tournament’s most outstanding coach.

The game was tied 39-39 at the half. HU broke open the close contest down the stretch in the second half by going on a 14-2 scoring run. With the victory, HU punches itself a ticket to the “big dance”-the NCAA tournament.

In the women’s championship game, NC A&T defeated Coppin State 65-46 to win its first MEAC crown since 2009. April McRae was named MVP and A&T head coach Tarrell Robinson was named most outstanding coach. The Guide spoke to MEAC Commissioner Dennis Thomas. Dr. Thomas told the Guide that he was pleased with the attendance at this year’s tournament. The MEAC signed a three-year extension with the city of Norfolk to play the tournament at the Scope.