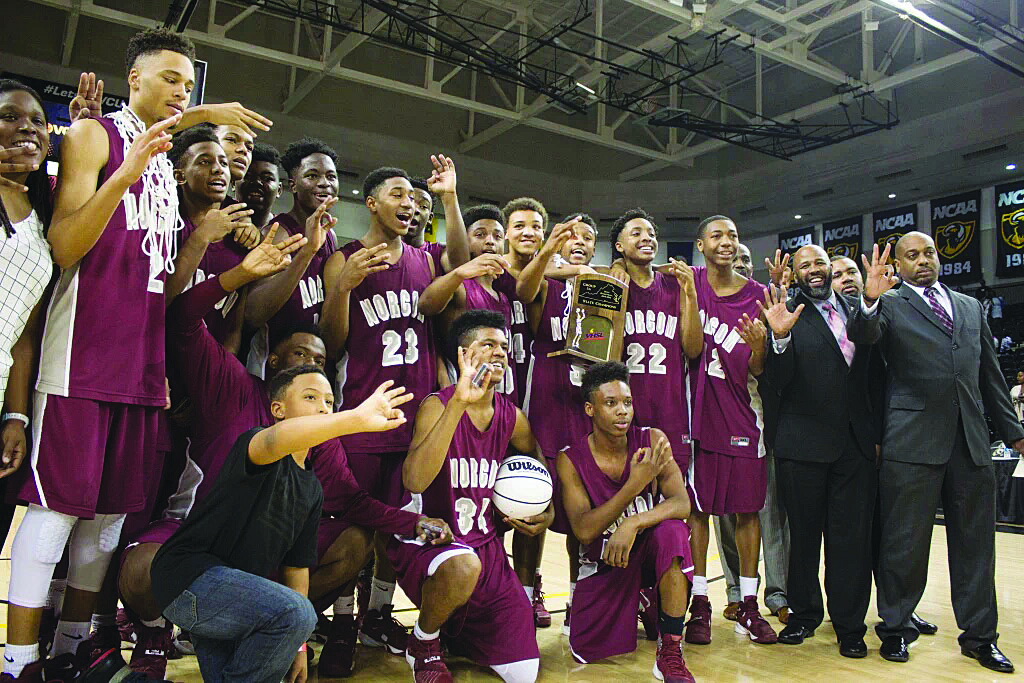 Thanks to a final shot by senior guard Travis Fields, who scored 30 points during the game, the Greyhounds topped Hopewell 67-65 in overtime to take the 3A crown in Richmond.
Fields was the catalyst, and aided by other two members of the “Big Three” K.J. Davis and Travis Ingram, who scored 16 and nine points, respectively, they accounted for 55 of the team’s total 67 points.

Norcom entered the final round of state tourney action as a juggernaut with a 27-1 season record.
Norcom joins the girls from Princess Anne High School who brought basketball state titles to Hampton Roads this season.