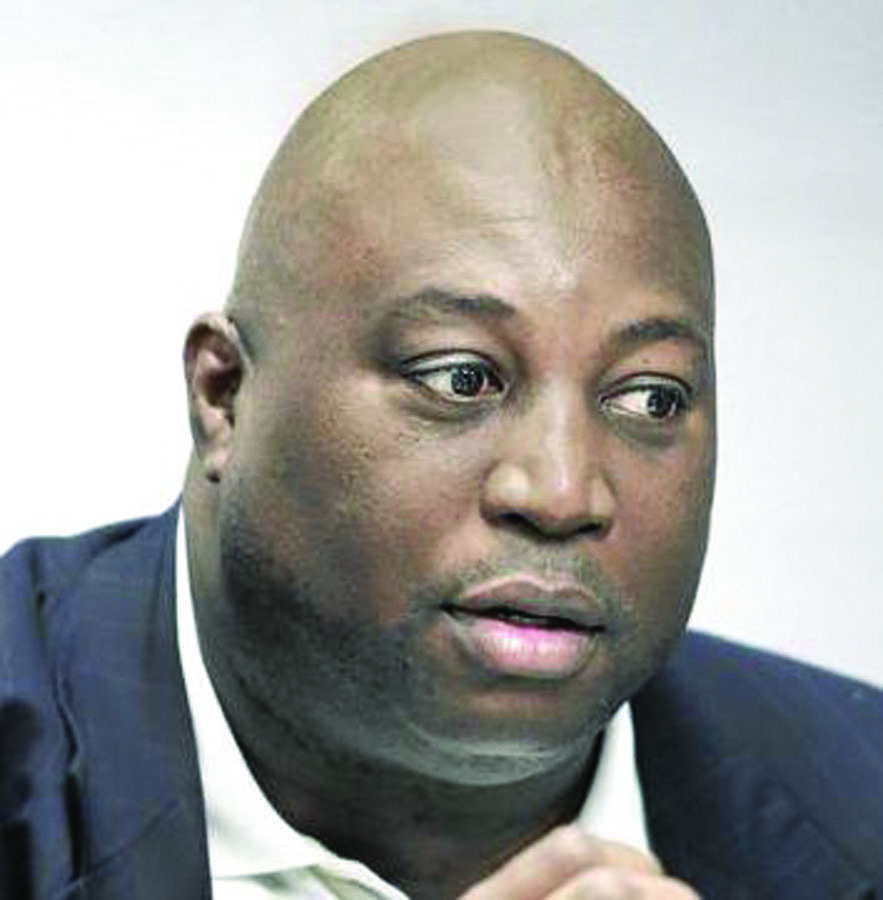 Andrew Shannon, who has headed the Southern Christian Leadership Conference on the Peninsula for 15 years, does not need to read a 2014 Johns Hopkins University School of Medicine report that shows racism can damage your health. Shannon was not among the 1574 Baltimore residents who participated in the 2014 study. Specifically the study showed that 20 percent of the subjects- – that is, those who said they felt discriminated against “a lot,”– tended to have a greater decline in kidney function. But the point is Shannon does not need to read the report because he has experienced “a lot” of discrimination. And in 2013, he was diagnosed with kidney cancer.

“I think this is a great report,” said Shannon, who is also vice president of the Virginia SCLC. “I have been involved in civil rights as a leader since 2000; but I’ve been in the movement since 1994. So I have certainly encountered many civil rights injustices perpetrated against me individually, against other African-Americans and poor whites that I have helped with housing issues.

Shannon’s latest brush occurred while he was driving home on April 13, 2015 after going to an ATM and buying groceries. An unknown car began following him, according to The Daily Press. “The car continued to tail him even after Shannon sped up and turned around in a cul-de-sac. After some more turns, he was pulled over and given a ticket for going through a stop sign.”
Shannon, a well-known local civil rights activist, began calling 911 to inform them that he “was being followed,“ The Daily Press noted. He also called a TV station. After a few more turns and 0.4 miles of being tailed, he said, the police vehicle‘s blue lights finally began flashing. He stopped his car, asked why he was being followed. Shannon said the officer gave him a ticket that accused him of going through a stop sign.

The point is Shannon puts a face on the John Hopkins’ report. Shannon underwent surgery after he was diagnosed with cancer three years ago. He is living with one kidney.
Describing how tension and stress increased during his stop-sign-ticket experience, Shannon said in a recent interview with the New Journal and Guide, “At the time, I felt very upset. I’m gonna be honest. I was angry because I knew I didn’t do anything wrong.”

Shannon said the vehicle had no identifying marks. “I wondered why it was following me in my neighborhood for no reason at all. That’s why I called 911 and the TV station. I wanted to know what was going on. I wanted to alert them because it could have been a police impersonator. I wanted to make sure he was a law enforcement officer and if so why was he harassing me.”

Shannon added, “They threw it (the ticket) out.” But it took a year of going back-and-forth to court with the lawyer he hired. Shannon, who had one kidney removed after receiving a cancer diagnosis, said, “God healed me. But racism is alive and well. We can’t remain silent.” The point is a growing number of studies show psychosocial stressors can slowly ruin your health. Specifically, psychosocial stressors describe your mental interpretation of a situation. This means as you are deciding how to respond, what is at stake, and what can be done. Stress is sometimes taking a toll on your health.

Dr. Deidra C. Crews, MD, co-author of the Johns Hopkins’ study, explained in a Nov. 15, 2014 interview in Time magazine, “Psychosocial stressors could potentially have an effect on kidney function decline through a number of hormonal pathways.” High blood pressure is one of the leading causes of kidney disease. In other words, whether you flip through a growing pile of studies that show psychosocial stressors can take a toll on your health or talk to those who are on the front lines, both the studies and those who are on the front lines tend to say the same thing. Discrimination can cause kidney failure, depression, the common cold, breast cancer, cardiovascular diseases, and hypertension, according to a growing number of reports.

Or consider this example. James Boyd, who heads the Portsmouth NAACP, said he was recently diagnosed with high blood pressure. “Sometimes I feel dizzy. I can’t fall asleep until 2 or 3 in the morning,” said Boyd who led demonstrations at the local Walmart after police officer Stephen Rankin shot and killed 18-year-old William Chapman on April 22, 2015, in the parking lot of Walmart.

After picketing outside of Walmart, Boyd is currently in court on a trespassing charge. “Me and some other NAACP members were shopping in the same Walmart,” Boyd said in a recent interview with the New Journal and Guide. “And we were told we had been banned from the store – although nobody told us we had been banned. We were issued a citation for trespassing which is in court now.”

According to a report in The Virginian-Pilot on Sept. 9, “The charges were filed the day after a peaceful “sit-in” outside the building prompted the store to close early. Company officials claim they verbally told the men that day they were banned from the store.” Boyd, who has headed the Portsmouth NAACP since January 2015, sighed and said, “They told us we had been banned from the store but we didn’t know it. So they gave us a summons to appear in court for trespassing. I didn’t receive any notice at all that I was banned from the store.”

Can racism slowly ruin your health? Boyd who has been going back-and-forth to court since August 2016 for the trespassing charge said, “Absolutely it can. I can tell you from my own personal experience. When you deal with racism, discrimination, or politics it is stressful. I am up until 2 or 3 in the morning. I drink less water because I am constantly on the move.”

Boyd added, “I believe it causes health issues because we have been taught not to air our dirty laundry but to internalize it. Exercise helps, as well as expressing yourself, and having a support system. But if you internalize it, then that can cause depression, stress and anxiety, when you have to deal with racism. I think we internalize it because we don’t think people will believe us.”

Does racism slowly ruin your health? Take a close look at baseball legend Jackie Robinson. He was 53 when he died from heart problems and diabetes on Oct. 24, 1972, in Stamford, Conn. Almost blind and his hair was grey when he died in middle age, in his prime Robinson often heard fans hurl racial insults. Meanwhile Enos “Country” Slaughter, a Southern player with the St. Louis Cardinal hurled a baseball at Robinson that caused a brutal seven-inch gash.

“Robinson faced death threats, vulgar insults, and hate-filled fans, along with beanballs aimed at his head and sharp, shiny spikes at his face as opponents slid into his tag at second base,” Encyclopedia.com noted. “Despite the pressure, Robinson earned a reputation as a dead-solid ballplayer through his no-nonsense fielding, reliable line drives, and his mastery of the tricky steal of home.”

Race-based trauma, as experts call it, is not new in other words. What’s new is a growing number of reports including research by Dr. Monnica Williams, a psychologist, professor and the former director of the University of Louisville’s Center for Mental Health Disparities. In a 2013 Psychology Today article, Williams wrote that “much research has been conducted on the social, economic and political effects of racism, but little research recognizes the psychological effects of racism on people of color.”

The problem is you may unknowingly embody what is going on around you. This means whether you are the person who was shot and killed by a police officer, or the person who witnessed it, either angle can produce race-based traumatic stress injury. In a recent phone interview with the New Journal and Guide, Dr. Williams, who in August became an associate professor of psychology at the University of Connecticut and director of the Laboratory for Culture and Mental Health Disparities, said, “For many African-Americans we see police violence against unarmed Black youth and it can cause a reaction.”

In other words, the person who was shot and killed plus those who saw the killing on TV or social media experienced a traumatic reaction. She argues that racism should be included as a cause of PTSD in the American Psychiatric Association’s Diagnostic and Statistical Manual of Mental Disorders (D.S.M.). “Part of the problem is we don’t feel like we can talk about those things,” Williams said, acknowledging that people of color are often socialized to deny, marginalize, or reject psychological distress, the emotional distress a person may feel after encountering racial harassment or hostility.

“We have not always had the luxury to express our feelings. In slavery you could get beaten,” Williams said, speaking from her office at the University of Connecticut. “Today, you are pointed at and called an angry Black man or woman if you express your feelings about discrimination. In slavery, it protected us; but it has long term consequences.” Williams said race-based trauma does not have to ruin your health. “I was in a situation that was toxic for me,” she said referring to her previous position in Louisville. “But everybody who cared about me said, ‘This is killing you. You have to get out of there.’ It is easy to blame yourself but you can’t take responsibility for someone else’s behavior.”

Five strategies will stop race-based trauma from taking a toll on your health. “First, put the blame where it belongs,” Williams said. “Second, seek social support from those within your community, from your family, relatives, and friends. Third, limit your exposure by noticing cues of racism. Sign off of social media, for example. Avoid people you know are going to be hateful.”

Williams said, “Fourth, use religious and spiritual practices. This is essential and it is how our community has survived all of these years. The church tends to be the hub in the Black community. But you can also be spiritual on your own. Fifth, find positive distractions and learn to enjoy self-care. Take the S (superman or superwoman) sign off your chest and seek help and support,” she said, laughing. Here is the secret. Take care of yourself. “Being a superman or a superwoman is a trap,” Williams said. “It is quite dysfunctional. If you want to be here for your grandkids, take care of yourself.”