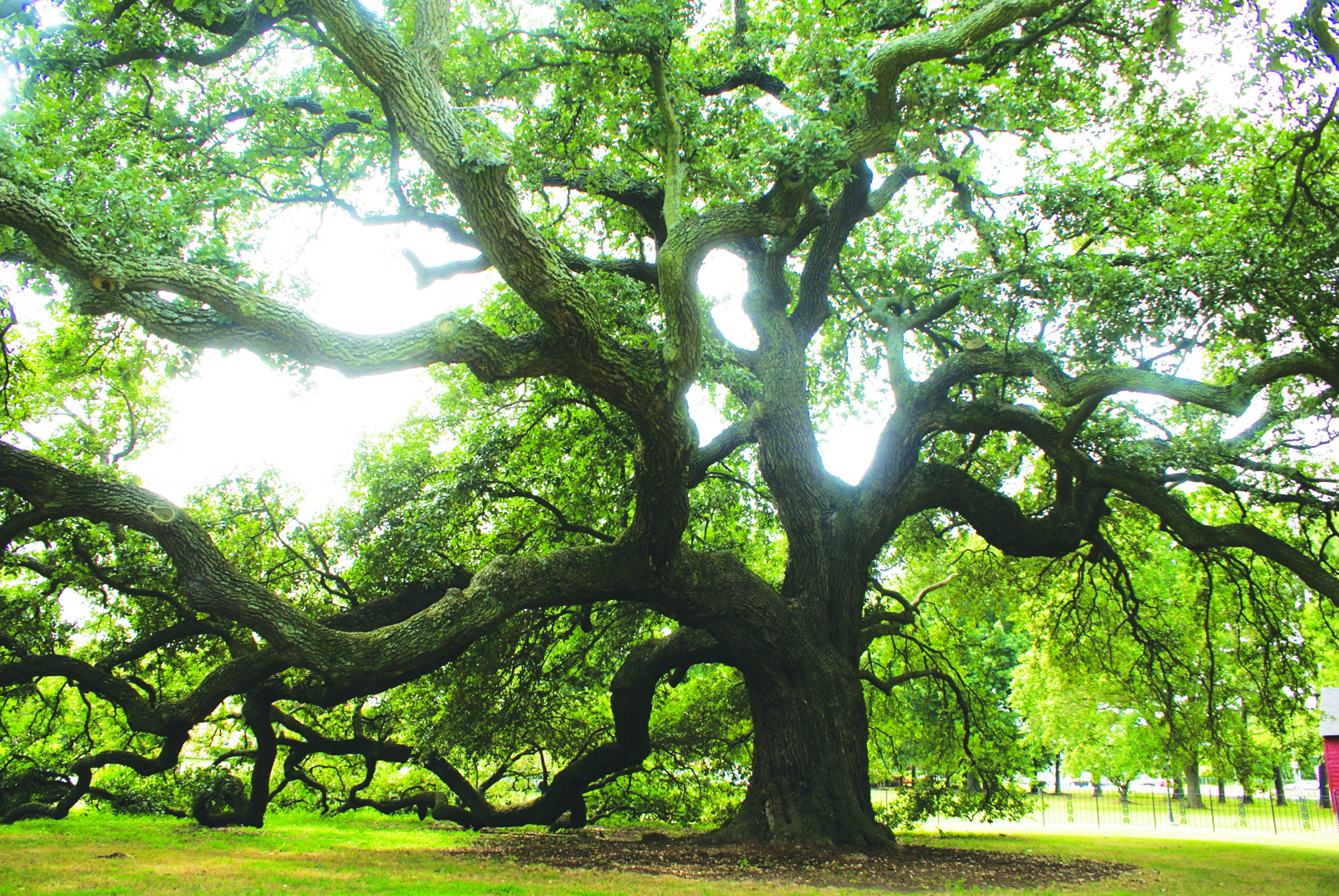 Commuters and the business community are excited by the state’s plan to expand a portion of Interstate 64 leading into the Hampton Roads Bridge Tunnel (HRBT) to Norfolk. But Hampton University (HU) officials are concerned that portions of the HBCU’s campus could be threatened by the Virginia Department of Transportation (VDOT) plans. VDOT officials recently met with university leaders to alert them that they may need to acquire some of their land as part of the proposed I-64 widening near the HRBT – and part of that land includes Strawberry Banks and the iconic Emancipation Oak.

The plan to widen I-64 and the Hampton Roads Bridge Tunnel to three lanes in each direction from Hampton to Norfolk, was endorsed last month by regional leaders, including mayors of the area’s most prominent cities. Hampton University, however, is not endorsing the plan. “As stewards of this great land, Hampton University will fight to protect it from a Commonwealth clearly determined to steal land,” JoAnn Haysbert, HU’s chancellor and provost, said in an email to the Daily Press newspaper recently.

The Commonwealth Transportation Board (CTB) is expected to approve the project next month. The project would acquire about 1.28 acres of HU property along Strawberry Banks Boulevard and 1.63 acres along West Tyler Street, according to a VDOT document. The historic Emancipation Oak stands near the entrance of the Hampton University campus. According to HU’s website, as a young oak, the tree served as the first classroom for newly freed men and women of African descent, also known as “contraband” of Union soldiers during the Civil War.

In 1863, during the war fought over slavery, former slaves were gathered to hear the first reading of President Abraham Lincoln’s Emancipation Proclamation, under limbs sprawling over a hundred feet in diameter. Attorney Joseph Waldo, who is representing Hampton University, said that he will fight to make sure I-64 is not expanded any closer to the campus. The tree is 75 feet from the Settlers Landing onramp to I-64 Eastbound.

According to a statement from VDOT, the proposed widening would not shift that onramp or the mainline interstate any closer to the tree than it already is. “They’re willing to fight this all the way to the [state] Supreme Court, if necessary,” Waldo said about the university. “Not one inch of Hampton University’s property should be touched.” Waldo said Hampton University retained its own experts to show VDOT that the road can be moved away from the campus. A 21-mile construction project to widen I-64 on the peninsula is set to wrap up in 2022. The interstate is also being widened in the Richmond area. “VDOT hasn’t even considered taking down their own building,” Waldo said. “They would put Emancipation Oak in jeopardy before tearing down their own building.”