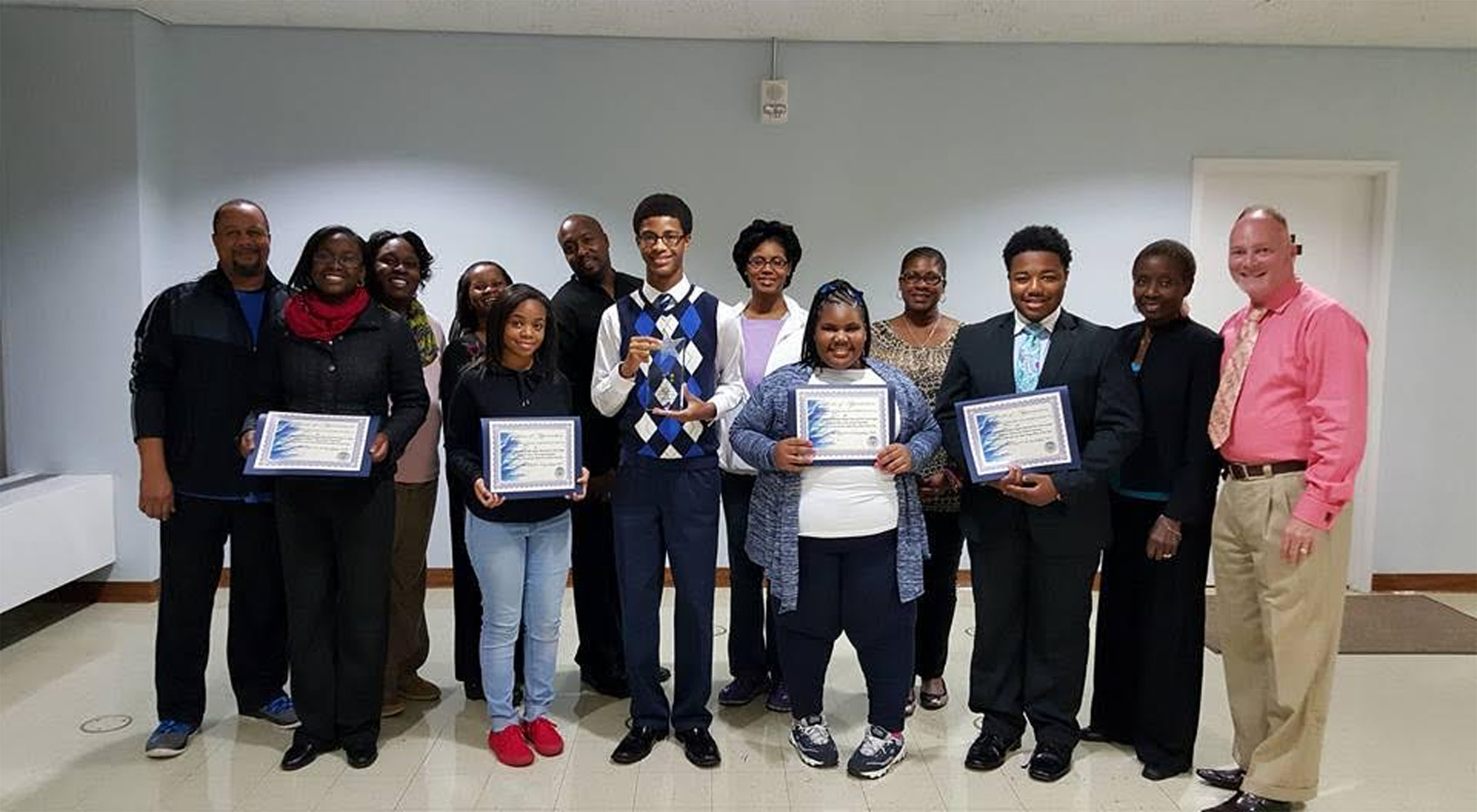 Keith McEachin can walk through the neighborhood where he grew up and point to homes that are owned by absentee landlords. As president of the Lindenwood-Cottage Heights-Barraud-Park-Civic League for 16 years, he has seen the community change. Neighbors tended to know each other when his parents Bonnie and Graham McEachin built their four-bedroom-California-ranch-style-brick home that was featured in Sepia magazine in 1958 – now only about 51 percent of those who live in the area are homeowners.

“I can look down my street and see those homes that have been changed into a duplex or rented out,” said McEachin, 48. “We are trying to get more renters involved but we have a younger generation. They are renting their homes and often don’t get involved. But some do join.” The civic league has about 75 members. Typically, about 35 members attend the monthly meeting. “We are three communities in one and we are all concerned about the area we live in,” McEachin said, citing some of the civic league’s ongoing efforts including a community cleanup that is held each month.

“We pick up trash from the curbs – not in people’s yards,” he said. “A lot of it is from the traffic that flows through and not from those who live here.” Four years ago, the civic league launched a Youth Board which won the 2015 Virginia Statewide Neighborhood Award. Launched to provide job-readiness, training, and mentoring skills, the Youth Board has eight members ages 12-18.

“We live in a community and it takes us all working together to keep it up,” McEachin said, acknowledging that the community continues to change. As a result, maintenance is more of a challenge now, than it was when his parents built their ranch home in 1958 near The Lafayette River. “When I was growing up there was respect in the neighborhood,” said McEachin, whose parents owned several businesses including The Plaza Hotel located at the corner of Church Street and 18th Street. Many prominent African-Americans stayed there when visiting Hampton Roads.

“If a child did something they shouldn’t do back then neighbors would tell your parents,” said McEachin whose mother passed in 1996. His father passed in 1983. “The other day I told a child to move from a person’s yard. The child said to me, ‘Who are you?’ That’s one reason why people don’t say anything. The respect level has changed. Kids are raising kids.” McEachin pointed to other changes. “Some of the children (in this neighborhood) will say, ‘You don’t tell me what to do.’ Since I’ve been president I have seen crime is increasing – shootings for example. I don’t understand why a conflict has to result in someone using a gun to solve something. It’s more prevalent now. It happens all over the city but when it happens in your own neighborhood – you are like, ‘Wow.’ I think here it happens when someone is visiting somebody’s house.”

The challenge, he said, is to try to create a sense of well-being in an area that has more absentee landlords. “We don’t have any landlords who come to our meetings. They just seem to care about getting somebody into their property. We try to reach out to get others to join. It has been fairly successful. Maybe 25 percent of those that we contact join the civic league.”

One promising project on the civic league’s drawing board is an asset mapping effort. “This means we will contact the landlord,” he said. “We will send a letter on behalf of the civic league to say we have noticed something on your property (trash, beer bottles) for example. And from that point we would notify the city.” “We have not done anything with the slumlords yet,” he said. “We are trying to compile a list so we can start sending out information for them to attend our meetings because they own a home in our neighborhood. We care about their property like we care about our own. If they are not maintaining their property it affects everybody.”