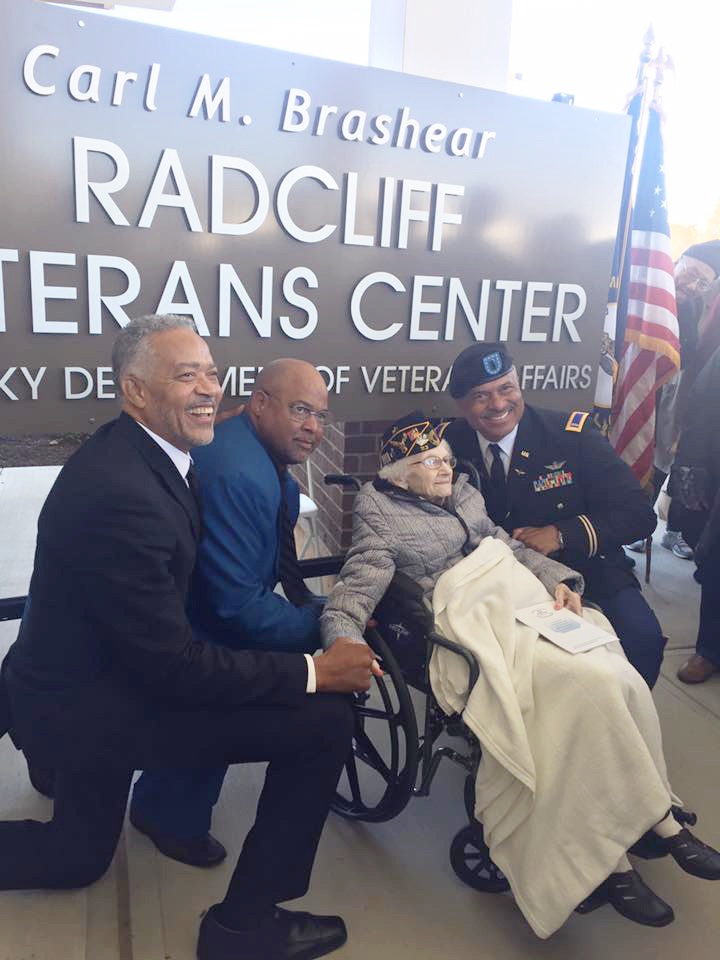 RADCLIFF, KY
Recently during the nation’s observance of Veterans Day, the State of Kentucky dedicated a Veterans Center in honor of Carl M. Brashear, the first African American to become a U.S. Navy Master Diver, rising to the position in 1970 despite also having an amputated left leg. The Carl M. Brashear Radcliff Veterans Center was officially dedicated on November 9 in Radcliff, fifty miles from the famous veteran’s hometown of Sonora, Kentucky.

Brashear died at age 75 in 2006 here in Hampton Roads, where he was recognized for his role in history and civic work in this area. His story was portrayed by Cuba Gooding Jr. in the movie “Men of Honor”. The new center will eventually house and serve 120 American veterans. The facility was funded by the Kentucky Department of Veterans Affairs, and is coordinated with the U.S. Department of Veterans Affairs. Pictured on the day of the dedication (left to right) Brashear’s son, Dwayne; Patrick, a resident of the facility; Mary Archibald (in the wheel chair); and Phillip Brashear.