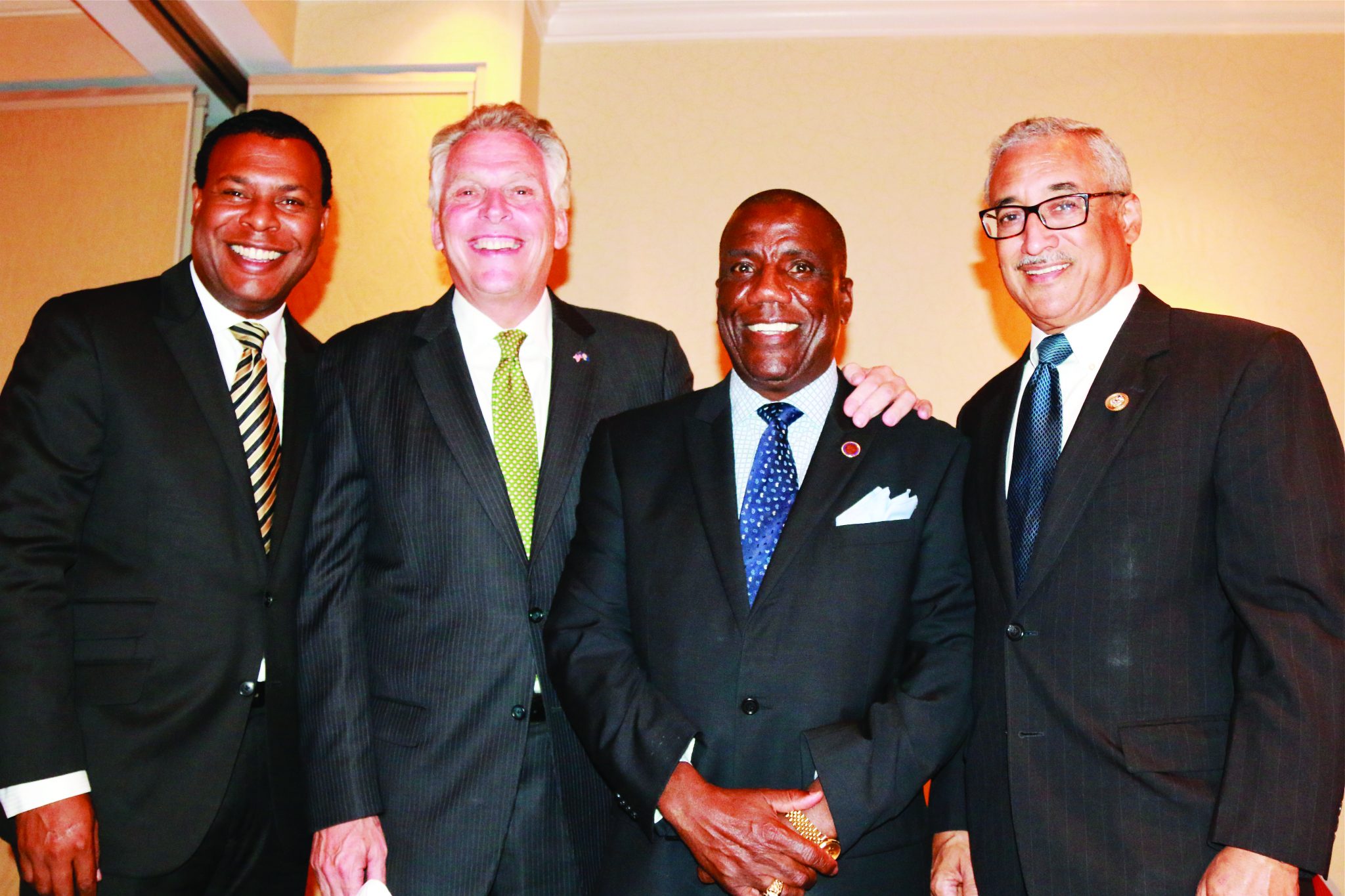 HAMPTON ROADS
State Sen. Lionell Spruill, Sr. hosted his annual fundraising dinner October 5 at the Delta By Marriott In Chesapeake. It was a full house of his friends and political colleagues including Gov. Terry McAuliffe, Congressman Robert “Bobby” Scott (3rd-VA), and Norfolk Mayor Kenneth C. Alexande,r who was the Master of Ceremonies for the event. All three delivered speeches and provided a bit of entertainment roasting Spruill, who is serving his first term representing the city of Chesapeake and Norfolk in the state legislature.

During his address, the Governor ran down a check list of his accomplishment during his term, which ends in November. He said he hoped fellow Democrat Lt. Gov. Ralph Northam continues the party’s control of the state house.