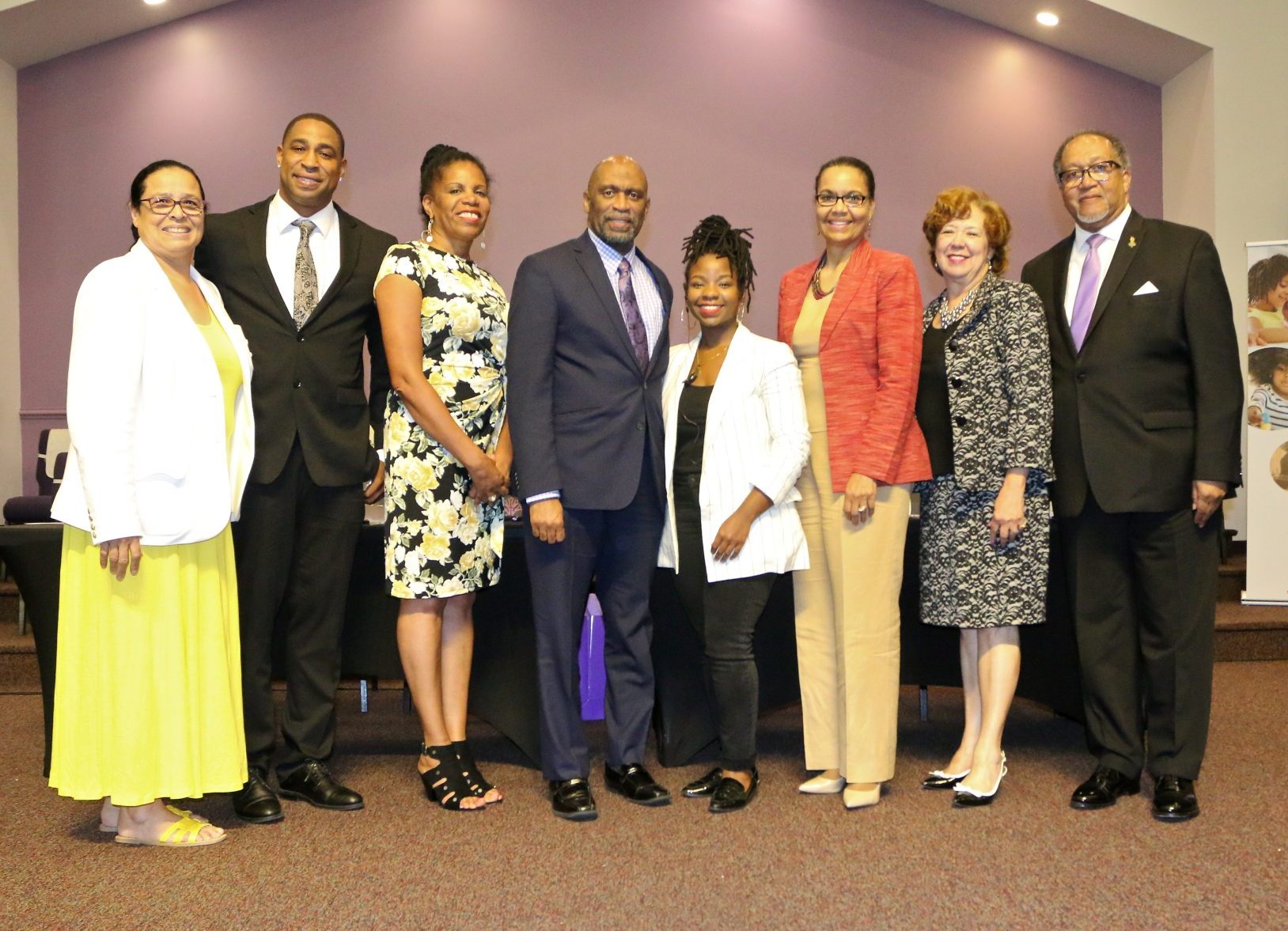 The event, which was livestreamed on Facebook and jointly hosted across the country in Los Angeles, kicked off the annual convention of Black Publishers of the NNPA. The New Journal and Guide served as the host publication for the summer convention held at the Main Hotel.

Panelists for the event, where questions and comments were discussed regarding the Every Student Succeeds Act (ESSA), were Linda Langley Davis, the director of educational services for Hampton Roads, Inc.; Fred Smoot, a former Washington Redskins cornerback and motivational speaker; Rev. Dr. Kirk T. Houston, the founder and pastor of Gethsemane Community Fellowship Church; and Deidre Love, the executive director of the nonprofit Teens with a Purpose.

“I’m a product of the Norfolk public schools and I’m also the mother of a child educated in the public school system and, as someone who’s taught for 33 years, I know the struggles teachers endure and it’s an uphill battle,” Davis said.

Each of the panelists acknowledged that teachers wear many hats, should be paid more, and all need the support of parents.

Smoot, who’s now a motivational speaker, said it’s important that educators realize that each student is different. “Every child succeeds when they are taught in a different way. We have to stop the exit test and find out in the beginning what they need,” he said. Houston, who once served on the local school board, said everyone, including parents, need to be educated about ESSA.

“One thing I learned on the school board was how little I know about education policies,” he said. “We need parental enlightenment and stakeholder participation,” Houston said. Love, whose students gave an inspiring spoken-word performance before the town hall, said that the voice of the youth must be heard. “Our mission is to create that platform to encourage young people to use their voice,” Love said.

The panelists and moderator all noted the sobering statistics facing African American youth, including that 45 percent of Black students attend high-poverty schools compared with just 8 percent of Whites.

In 2015-2016, Black teachers entered teaching through an alternative certification route at a higher rate than any other group and a staggeringly low 7 percent of public school teachers are Black while 80 percent are white. The high school graduation rate of Black students is 76 percent, the second lowest among all ethnic groups, according to the National Center for Education Statistics.

As one parent at the meeting noted, school segregation today is worse than it was during the Civil Rights Movement. One young person in attendance said that sobering fact has made life difficult for him. “In some schools, I feel very uncomfortable because I’m like the only Black person in the school while other schools I feel comfortable where teachers are African American, and they can relate to me,” said 11-year-old Doran Glass. “At school, I feel like I’m being looked at as a criminal.”

Glass’ sobering dialogue shifted the discussion of the meeting. “That was a brave thing for this young man to stand up and be heard,” said NNPA President Dr. Benjamin F. Chavis, Jr. Another young person asked what could be done to encourage more students to participate in discussions about education.

Stacy Brown is an NNPA Newswire Contributor and co-author of “Michael Jackson: The Man Behind the Mask: An Insider’s Story of the King of Pop.” Follow Stacy on Twitter @stacybrownmedia.

Follow us
In this article:Educational, Gethsemane Church, Town Hall