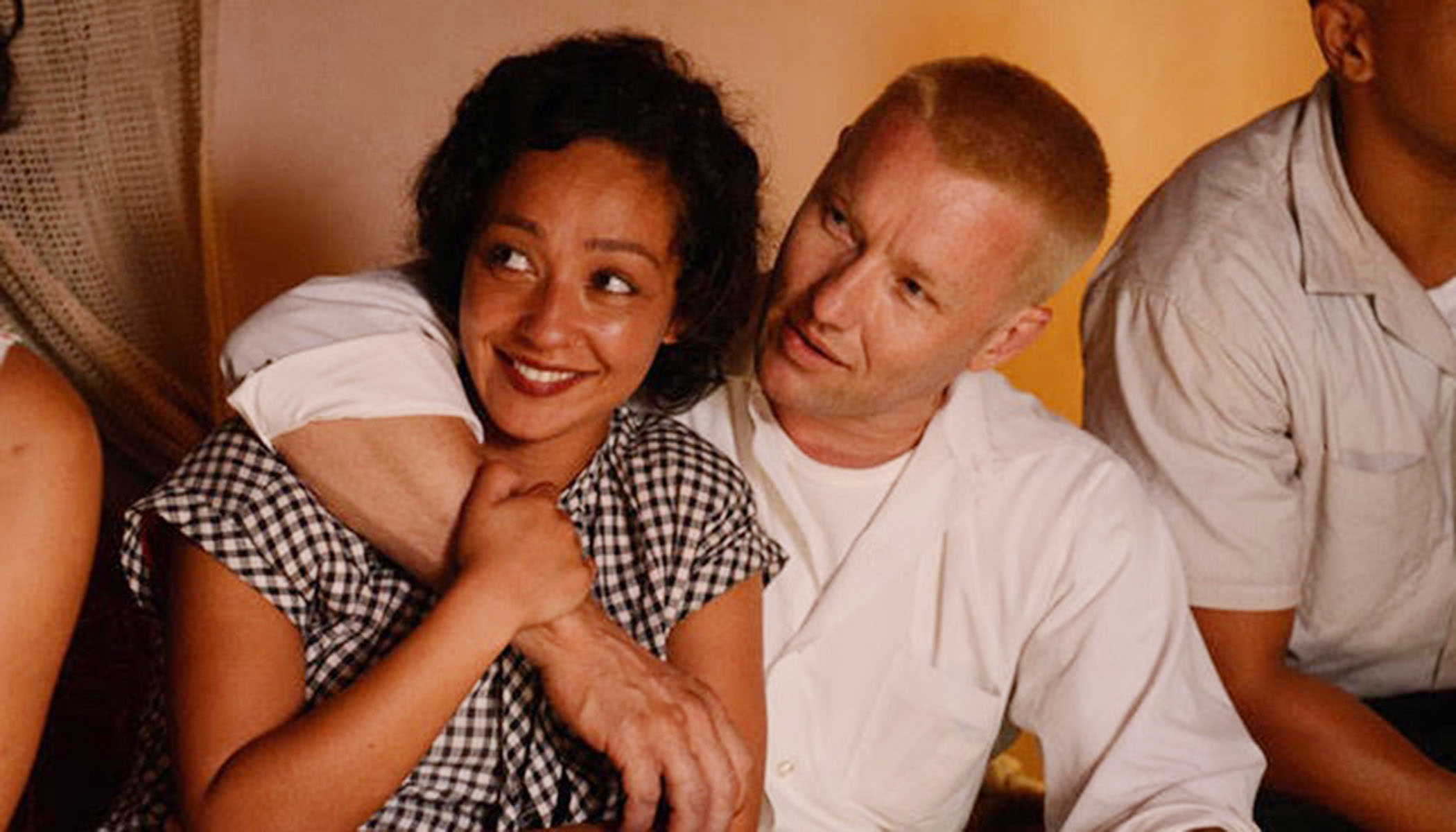 For a long time it was a forbidden love. Through slavery, the reconstruction era, on into the 20th century, particularly in the South, interracial romantic relations were looked down on and marriages were illegal. Anti-miscegenation laws were on the books in 16 states below the Mason-Dixon line. Marry someone not of your race and face jail time. Though several legal cases challenged those laws, none turned the tide until Loving v. Virginia in 1967.

The small town of Central Point, Virginia, 52 miles northeast of Richmond, was a bit of a utopia in the 1950s. Unlike other parts of the South, Black and White folks worked and lived together. Interracial friendships were normal. Loving relationships less so, but not unheard of. Mildred Jeter (Ruth Negga, “World War Z”), an African-American with some Rappahannock Native American blood, and Richard Loving (Joel Edgerton, “Black Mass,” “Zero Dark Thirty”), a White construction worker and brick mason were sweethearts. Folks knew it. Nobody said much. In 1958, she was just 18 and he was 25 when the two discovered she was pregnant. Knowing that Virginia’s Racial Integrity Act of 1924 banned interracial marriage, the two got hitched in Washington D.C.

Upon their return to Central Point, someone told the police that the two were cohabitating and married. One night cops raided their home and arrested them both, citing their non-compliance with Section 20-58 of the Virginia Code (which says it is illegal to marry out of state and return to Virginia) and Section 20-59 (which makes miscegenation a felony offense).

Mildred and Richard were jailed. He was bailed out and not allowed to bail her out. She spent five days behind bars. A subsequent trial did not go well, and the opinion of Judge Leon M. Bazile was harsh: ” …The fact that he [God] separated the races shows that he did not intend for the races to mix.” The Lovings, on the advice of their lawyer, pled guilty and were sentenced to a one-year prison term, which was suspended for 25 years as long as they left Virginia. They did, moving in with her relatives in D.C. But the fight for justice wasn’t over. It was Mildred, the quieter of the two, who set the wheels in motion to return to Virginia and bring their case to a higher authority.

The sensitive script by filmmaker Jeff Nichols (“Mud”) and his restrained direction set a tone that makes what’s on view seem so normal you’d think it could have happened to people down the street. His recreation of Central Point and its citizenry could almost play out today. Regular people, living and working together, defying stereotypes about racial polarization and making things work.

For viewers looking for over-the-top racism, burning crosses, extreme violence, etc., be forewarned, that is not Nichols’ approach. In his own way, he will bring you to the forefront of racial prejudice, set up protagonists worthy of your empathy, develop antagonists who try to bring them down and dig head first into an intrinsic, systematic bigotry that festered in the South for years and years. In his vision, that horror is no match for a romance that is stronger than an evil.

Casting Ruth Negga was brilliant. If you go on YouTube and search for live footage of Mildred Loving, you’ll see that Negga captures her low-key simple essence and elegance superbly. Joel Edgerton also gives a reserved interpretation of a man set on pleasing his wife and children more than becoming a hero for interracial couples everywhere. Sharon Blackwood as Richard’s ambivalent mother, Christopher Mann as Mildred’s supportive dad, Terri Abney as her sister and the rest of the supporting cast of friends, family, lawyers, etc. (Will Dalton, Alano Miller, Winter-Lee Holland, Nick Kroll, Bill Camp) form a solid ensemble cast that conveys the time, place and people perfectly. The writing, direction, performances and production elements are filled with a grace that leaves a lasting impression. It’s as if the battle this unassuming couple waged must have been blessed from the start.

Dwight Brown is a film critic and travel writer. As a film critic, he regularly attends international film festivals including Cannes, Sundance, Toronto and the American Black Film Festival.