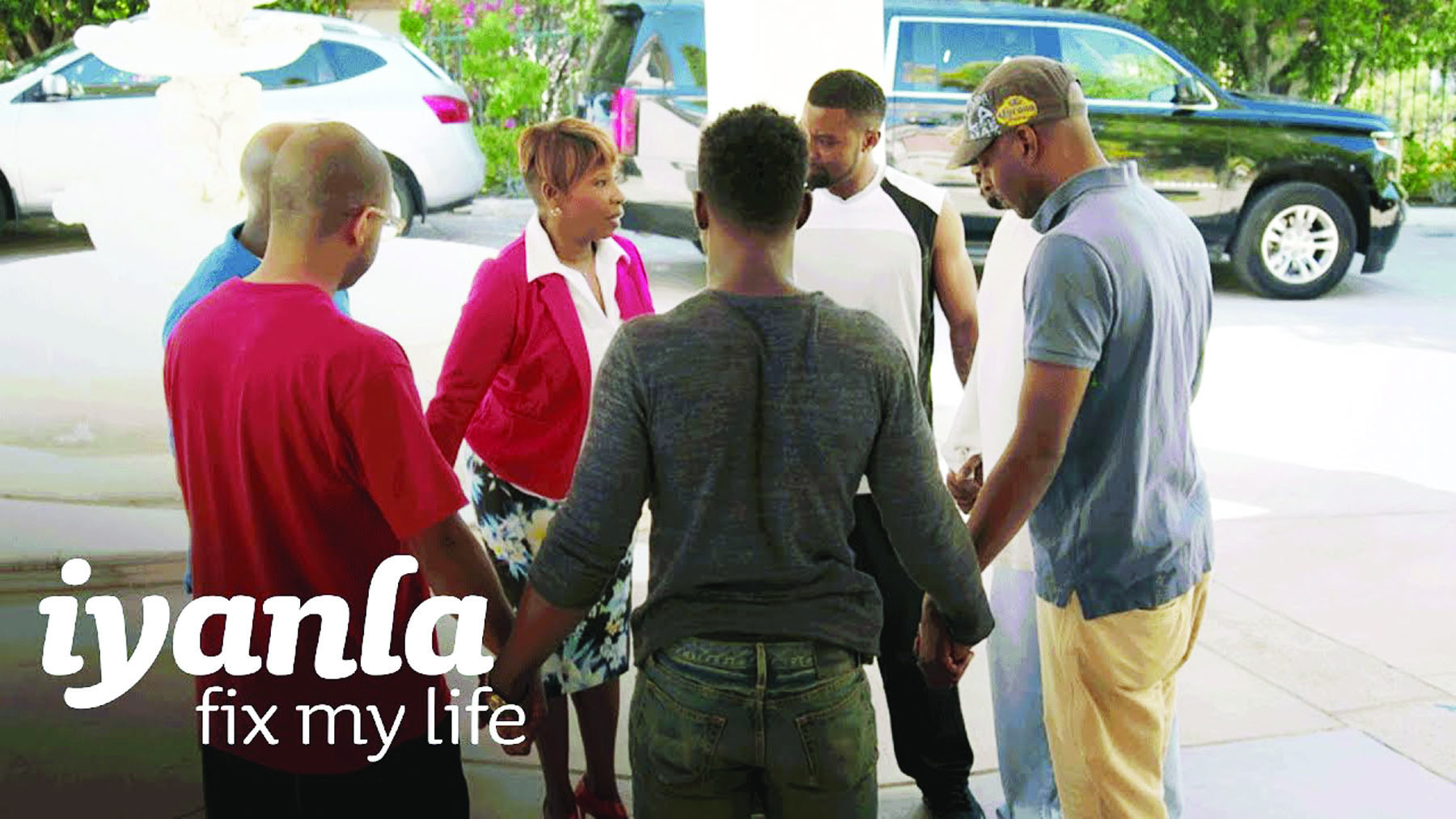 Feedback was swift after Iyanla invited six men into her House of Healing, for part-one of a three part series titled Fix a Black Man’s Heart. The cast looked familiar because it included well-known men including Michael McCrary from Boyz II Men, singer-songwriter Kevin McCall, and Terrance, whose daughter, Lira, works as a stripper and appeared on Iyanla’s recent Angry Black Woman series. What seemed unfamiliar was how the six men slowly began to speak openly, honestly, and warmly in the series that airs from Oct. 29 to Nov. 12 on Saturday at 9 p.m. on OWN.

“I know a lot of men in pain who don’t know how to handle it or communicate so they take it out on (their) women, wives,” Iyanla Vanzant said in a recent post on her Facebook account. “They feel criminalized, dehumanized and victimized by society.” And this is where the swift feedback comes in. One woman wrote, of Terrance, who walked off the set during episode one because, well, nearly everyone insisted he had played a role in his daughter’s decision to become a stripper because he’d abandoned her as child: “Terrance seems to be a classic example,” Flossie Bohannon wrote. “He’s so rude to Iyanla and dismissive of the role he played in Lira’s pain.”

Another viewer wrote, “So many men live in denial and definitely won’t get help like this. I pray these 6 men become the change agents for our community.” Another woman, LaDonna Eaglin wrote, “You are truly getting to the root of ALL issues. EVERYONE should be watching this show because the lessons are universal.” Another woman, Robbin Locke wrote, “I was in awe at the openness of the men. “You struck so many nerves and hit the nail right on the head with Terrance. To me it seems like his wife is the center of his problems. The worse thing a woman can do is stand in the way of a man’s healing.”