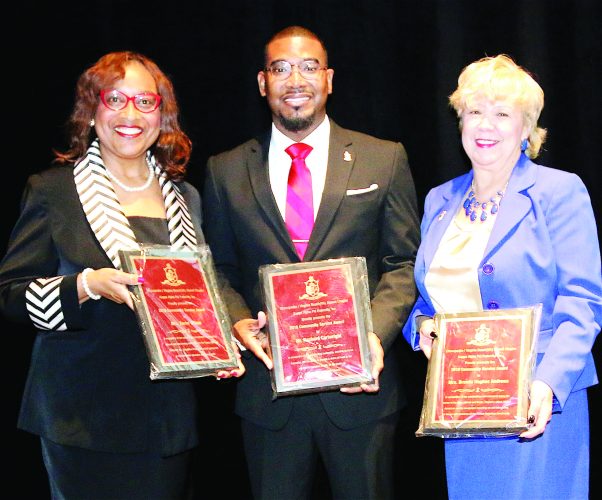 Men representing chapters in the Eastern Province Council of Kappa Alpha Psi Fraternity, Inc., met at the Sheraton Hotel April 5-8 in their 93rd Session. The event was hosted by the Chesapeake/Virginia Beach (VA) Alumni Chapter and the ODU Chapter, Eta Omega (E).

During the evening’s activities, a video was shown informing on the National Kappa fraternity’s partnership with St. Jude Hospital. Attendees were given the opportunity to donate on the spot to support the ongoing fundraising drive for the St. Jude Project. The Fraternity is within $100,000 of donating $2 million to support operations and children at St. Jude. KAP is the first African American organization to become a national partner with St. Jude. Over $5,000 were raised at the event.