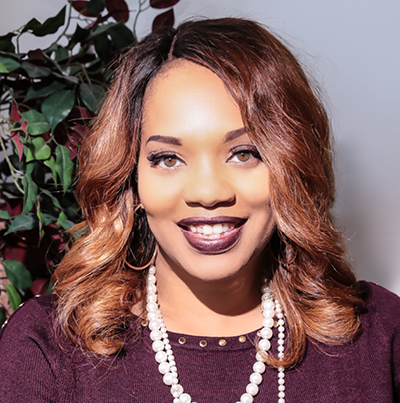 VIRGINIA BEACH
EBONY® Magazine unveiled its annual EBONY Power 100 list, which salutes the remarkable achievements of African Americans in 2021. Among the game changers honored this year is Hampton Roads’ own Dr. Angela D. Reddix. She will officially receive the award during a star-studded celebration in Los Angeles on October 23, 2021.

Ebony recognized Reddix in the category of Innovation Leader. She is widely known globally for her efforts in fostering entrepreneurship among girls and women. She is the founder of the Envision Lead Grow Program (ELG) which she developed to help young women shift their mindsets to becoming successful entrepreneurs. In its first year, ELG touched the lives of over 400 girls. Since then, Envision Lead Grow has visited over 164 cities, training and developing over 2,218 girl bosses across the country.

Reddix, an executive director, and professor at Norfolk State University’s School’s Hodge Center for Entrepreneurship, is also a celebrated author. Earlier this year, she released “Envision Lead Grow – Releasing the Boss Within”. Another hallmark of her commitment and legacy in the Hampton Roads area is the “Reddix Rules Fund.” This year’s program featured 10 local women selected for an entrepreneurship program and a chance to win up to $20,000 in grant business funding.

She is also the host of “She Got it From Her Mama,” a weekly television show imparting practical wisdom learned from mothers available on Apple, Google, Spotify and online at www.angelareddix.com.

Dr. Reddix serves on a number of community boards and has been awarded by many diverse organizations to include the Virginia Center for Inclusive Communities, The Urban League of Hampton Roads and The Hampton Roads Community Action Program.