We are rightfully concerned about two headline crises in America today—the Coronavirus Pandemic and the ongoing epidemic of police brutality towards African Americans. However, there is at least one other major American crisis—the tearing down of our democracy and the unrelenting march toward authoritarianism by Donald Trump. I agree with Trump’s clinical psychologist niece that if he is elected, that would be the end of the American experiment (with democracy).

To help me think about this third issue, I have been reading the book, How Democracies Die by Steven Levitsky and Daniel Ziblatt. This book was prompted by Donald Trump winning the Republican nomination and then the presidency with his authoritarian tendencies very evident.

Levitsky and Ziblatt, two Harvard professors who had spent a couple of decades studying the decline of democracies in Europe and South America, were compelled to look at home in the United States. They were responding to the question, “Are we living through the decline and fall of one of the world’s oldest and most successful democracies?”

From their work and that of others, Levitsky and Ziblatt provide four key indicators of authoritarian behavior. As you read this list, think of the actions of the Trump Administration.

It is easy to see that Trump has exhibited each of these authoritarian behaviors. One of the essential parts of democracies is free elections. Trump and his henchmen are doing all they can to limit the vote for many citizens, especially blacks.

Trump got elected by pushing the lie of the illegitimacy of Barack Obama (re birthers), which continues apace. Of course, he has added Hillary Clinton and Joe Biden to the list of illegitimate opponents, people he says should be jailed.

While claiming concern for violence, Trump is illegally dispatching federal troops—who have been violent–as law officers in Portland. And he is promising to do the same in Chicago.

He violently abused the civil liberties of peaceful protesters in Lafayette Square near the White House for his photo op.

Parting words from Levitsky and Ziblatt:

“Many Americans are justifiably frightened by what is happening to our country. But protecting our democracy requires more than just fright or outrage. We must be humble and bold. We must learn from other countries to see the warning signs—and recognize the false alarms. We must be aware of the fateful missteps that have wrecked other democracies.”

The first step in saving this imperfect democracy is to vote Trump out of office in November. If we stop Trump now, and if people can believe what these scholars are telling us, we may make ourselves safe.

If we do not heed the many warnings we are getting, someone just as immoral and evil as Trump, but smarter, may be able to pick up the remnants of Trump’s authoritarian try and effect the real thing. He is undoubtedly setting the stage. 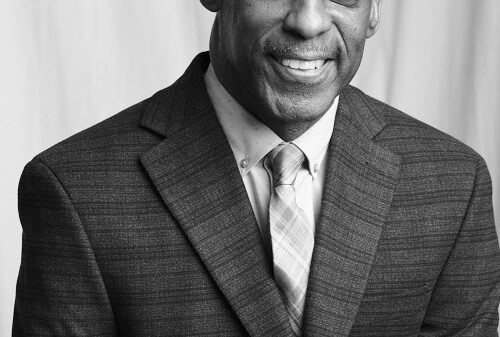 Yes, I will hold you accountable for what your White ancestors did to my Black ancestors until the day you give up all that...