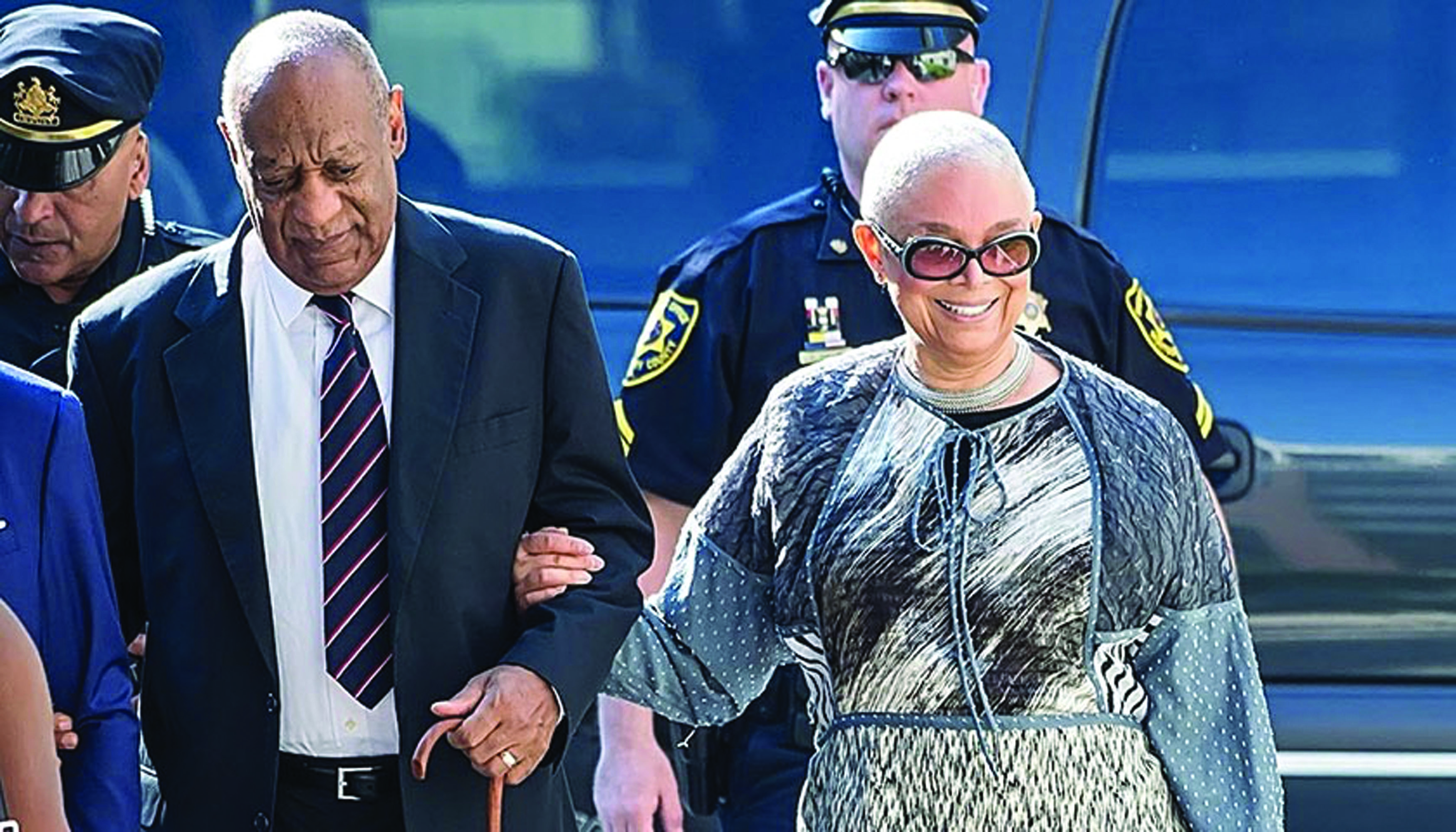 “The legacy remains intact,” said Andrew Wyatt, the longtime spokesman for the legendary entertainer. “For Gloria Allred and all those other lawyers, tell them to go back to law school and take another class.”

Jurors deliberated for more than 53 hours, several times asking to have testimony re-read, before declaring a second time that they were hopelessly deadlocked.

The judge, who seven times previously denied mistrial requests made by the defense, finally gave in and declared the mistrial.

Cosby, 79, had maintained his innocence even rejecting a friendly plea deal offered by prosecutors just before the trial started in early June.

“I’m innocent. I’m not going to plea to something I did not do,” Cosby said, during an exclusive interview with the NNPA Newswire. As he walked out of the courtroom on Saturday, still a free man, he again thanked the Black Press for being fair. “Thank you for everything. Thank you for your fairness. I’m going home.”

Bill Cosby said he channeled Nelson Mandela when prosecutors offered him a deal just before his trial for aggravated indecent assault started nearly two weeks ago, the NNPA Newswire has learned exclusively.

The iconic comedian said he recalled visiting Mandela, years ago, after the late civil rights champion had been released from his Robbins Island cell.

Cosby said he met Mandela at the cell, sat there and thought about what he had went through.

“I’m not guilty,” Cosby said, further explaining why he nixed the offer.

While a prosecution spokesman denied a deal had been offered, Cosby’s spokesman, Andrew Wyatt, confirmed that just before the trial began on June 5, prosecutors approached Cosby with a deal but the “I Spy” legend promptly declined it.

“We still hold to the truth that Mr. Cosby is innocent and this court should declare a mistrial,” Wyatt said Friday, as jurors entered their 49th hour of deliberations.

A source connected with the defense said that the plea arrangement that the prosecution offered to the superstar included probation, registering as a sex offender and wearing a tracking device on his ankle while being forced on house arrest.

Cosby, 79, was charged with three counts of aggravated indecent assault involving former Temple University employee Andrea Constand. The allegations revolve around an incident that occurred in 2004 at Cosby’s home near Philadelphia.

The judge has asked that prosecutors file a new case within 120 days; District Attorney Kevin Steele said he would.

Camille Cosby also said in the statement that she was grateful for the jurors, “who tenaciously fought to review the evidence; which is the rightful way to make a sound decision.”
Brian McMonagle, Cosby’s lead defense attorney who proved his reputation as one of the best in the business, thanked the jury and judge in court.

After a brief statement that was read by Wyatt, Cosby and his team hopped into a waiting SUV and drove away from the Montgomery County Courthouse, certainly hoping to never see it again.

“Mr. Cosby’s power is back,” said Wyatt. “He has been restored.”