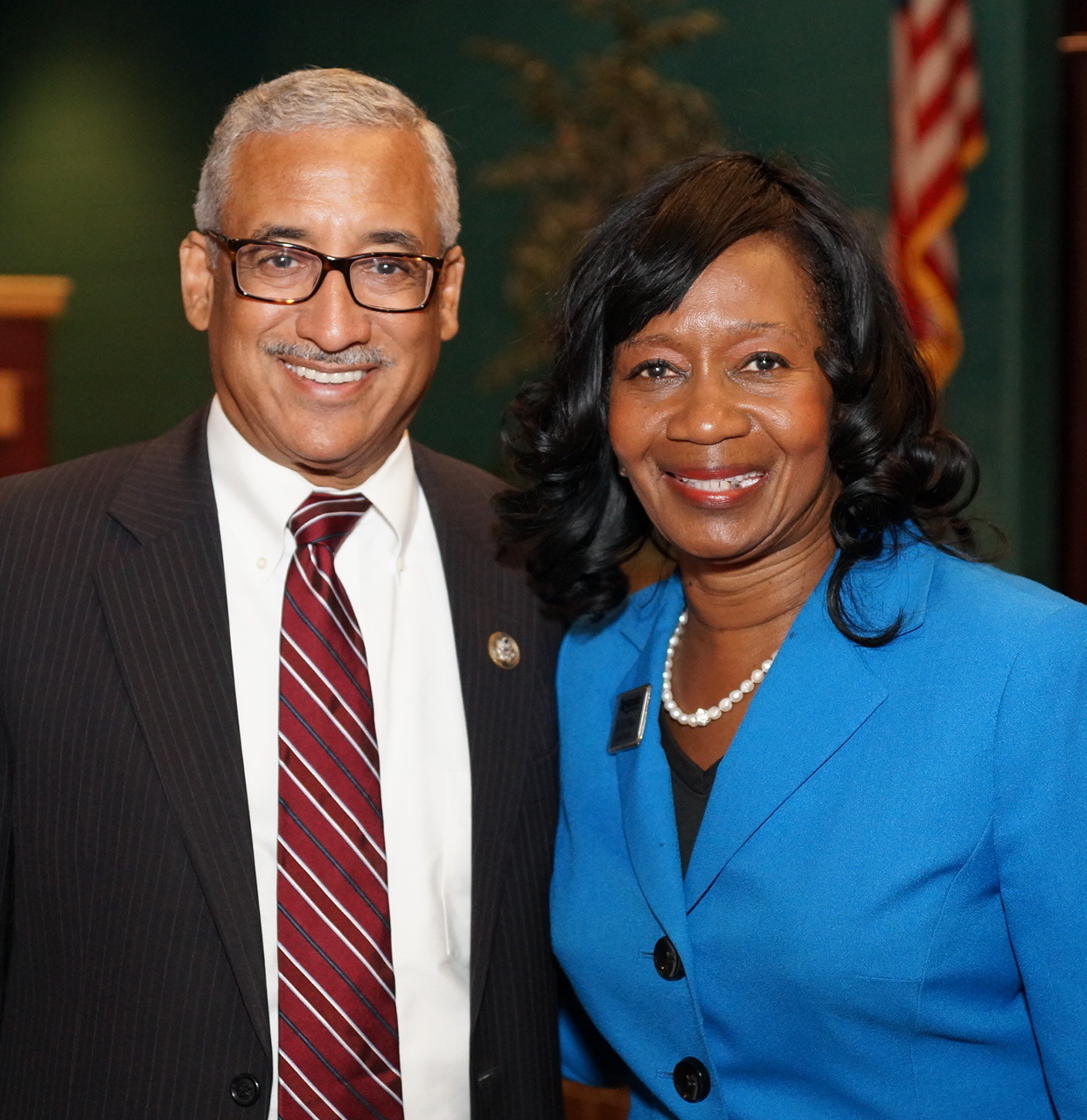 SUFFOLK
Congressman Bobby Scott, D-3rd Dist., held a Healthcare Town Hall at King’s Fork Middle School in Suffolk on Monday (July 10) which was attended by 210 Hampton Roads residents who were concerned about the potential changes President Trump and the Republican-controlled Senate have proposed in the Senate’s version of the healthcare reform bill.

Scott gave an overview of the state of healthcare before and after the passage of the ACA (Affordable Care Act) and the potential impact of the new Trumpcare legislation. He fielded questions from the audience.

Many were angry about the proposed changes which Scott said would reduce Medicaid funding, impose higher premiums on the elderly, leave 22 million uninsured, and another 4 million people would lose access to job-based coverage almost immediately, while providing more than 600 billion in tax breaks for the rich.

Scott also mentioned that almost every healthcare advocacy group has come out against Trumpcare.

Dr. Ella Ward spoke to the Guide after the town hall. Dr. Ward said she supported Congressman Scott and his efforts to make healthcare affordable for all Americans.